"Trans people don’t transition for athletics, we transition to be happy and authentic and our true selves. Transitioning to get an advantage is not something that ever factors into our decisions." 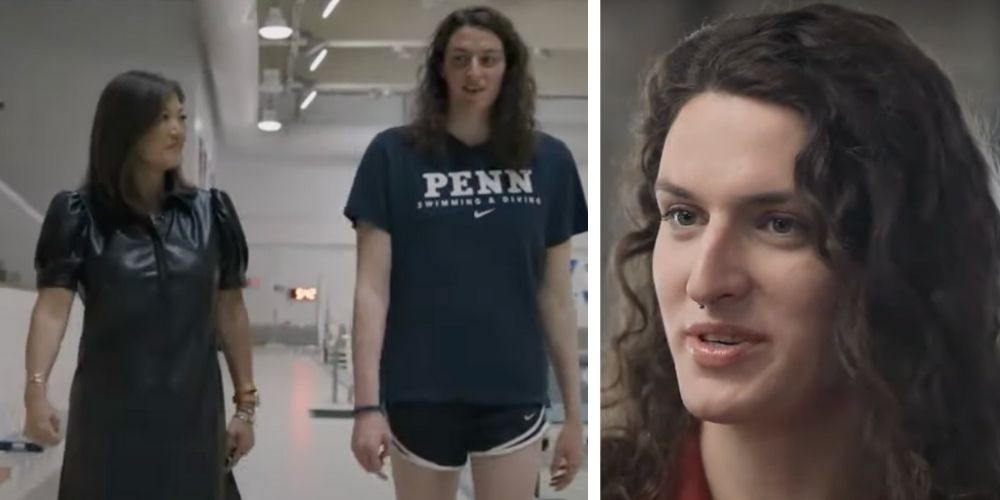 In a recent interview with ABC News and ESPN, now former University of Pennsylvania swimmer Lia Thomas responded to the backlash the athlete has received for competing against female athletes as a biological male.

In response to a question from ABC’s Juju Chang, who noted that there is data suggesting that Thomas competing against biological women is unfair, Thomas said "I’m happy."

"There’s a lot of factors that go into a race, and how well you do. And the biggest change for me is that I’m happy," Thomas said.

"And sophomore year, where I had my best times competing with the men, I was miserable. And so having that be lifted is incredible relieving and allows me to put my all into training, into racing," Thomas added.

"Trans people don’t transition for athletics, we transition to be happy and authentic and our true selves. Transitioning to get an advantage is not something that ever factors into our decisions," said Thomas.

While Thomas may not have taken physical performance into consideration when transitioning, two medical professionals recently came out and said that Thomas does in fact have a biological performance advantage, even when self-identifying as a woman.

Michael Joyner, a Mayo Clinic doctor, and prominent physiologist Ross Tucker have confirmed that testosterone is a huge factor in Thomas's advantage, and that no amount of hormone therapy can properly mitigate that to any relevant extent.

"There are social aspects to sport, but physiology and biology underpin it. Testosterone is the 800-pound gorilla," Joyner told the New York Times.

"Lia Thomas is the manifestation of the scientific evidence," said Tucker. "The reduction in testosterone did not remove her biological advantage."

While testosterone has been noted as the driving factor behind Thomas’ success, Thomas states that biological men competing in women’s divisions do not threaten women’s sports as a whole.

While a "massive wave" of transgender athletes dominating female divisions hasn't been seen until recent years, the rate of occurrence has only increased.

New Zealand weigh lifter Laurel Hubbard set several female records and qualified for the Olympics, though Hubbard did not go on to win a medal in Tokyo.

Biological male cyclist Maxine Yates recently came in first place in the second round of British Cycling’s (BC) Downhill National Series event at Fort William, Scotland, despite British Cycling placing a hold on its policy regarding transgender athletes earlier this year.

While many of these competitions are on the smaller side of the scale, it's only a matter of time before these athletes begin taking spots on elite teams, like those that go to the Olympics. Every spot that a biological male takes, is one less set aside for female athletes that have worked hard for the position.

Thomas has expressed thoughts of competing beyond school, potentially setting the athlete up to compete at the Olympic level.