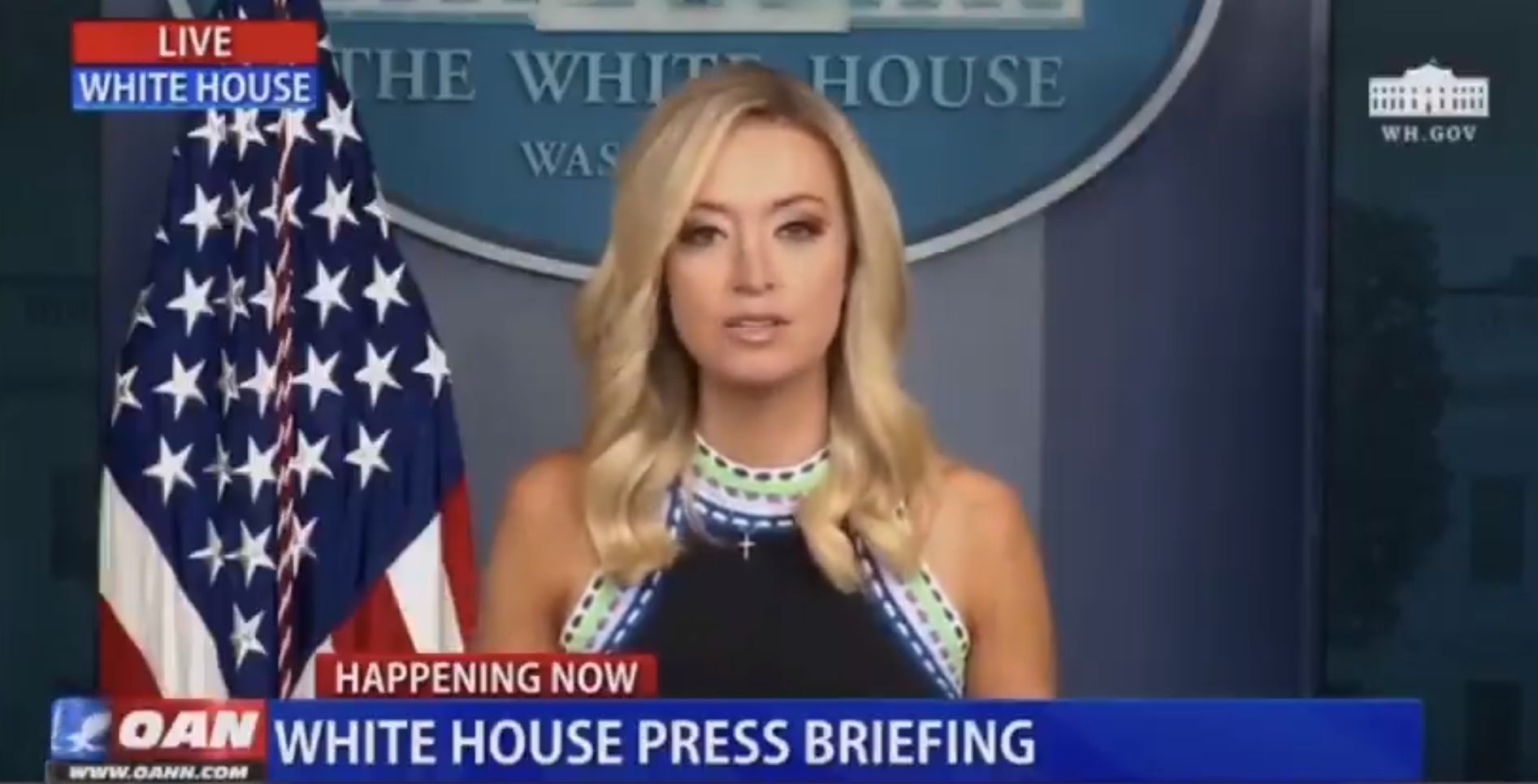 “In Louisville KY last night, there were reports of vandalism. There were nearly 100 rests, and the Trump administration urges calm and reminds those who wish to have their voices heard to do so peacefully. You have the right to peaceful protest as outlined in the First Amendment.

“…. Hours later, after this comment [from Brianna Keilar] was made on CNN, two police officers were shot. This has nothing to do with justice; it has everything to do with politics.

“Our police officers deserve our respect, and the violence that has been committed towards them – and this was just in the last week and a half - has been outrageous.  The words of CNN and Brianna Keilar are outrageous, irresponsible. We should never hear words like that, followed by, hours later, two police officers being shot.”

“I question the judgment of the Kentucky Attorney General saying ‘mob justice is not justice; it becomes revenge.’ …. And the president having said ‘if Joe Biden wins, the mob wins,’” Keilar said on the air on CNN.

She called the Attorney General’s statement “politically loaded.” The title in the chyron at the bottom of the screen read:  “No officers charged directly with Breonna Taylor’s death.”

A grand jury has just returned an indictment for one of the officers involved in the gunfight in that particular incident, and that was for firing into a neighbouring apartment. Evidence indicates that the warrant was never executed as a no-knock warrant.

There has been a rash of violent attacks on police officers all over the country in the past week and a half, as McEnany indicated in her statement, including an incident where two officers were shot in Louisville, KY just hours after Keilar’s irresponsible statement.