The Biden administration's DOJ reportedly struck a "sweetheart deal" with the felon, and asked the court to go easy on Rahman and her accomplice after the Trump administration pressured for a domestic terrorism sentencing enhancement. 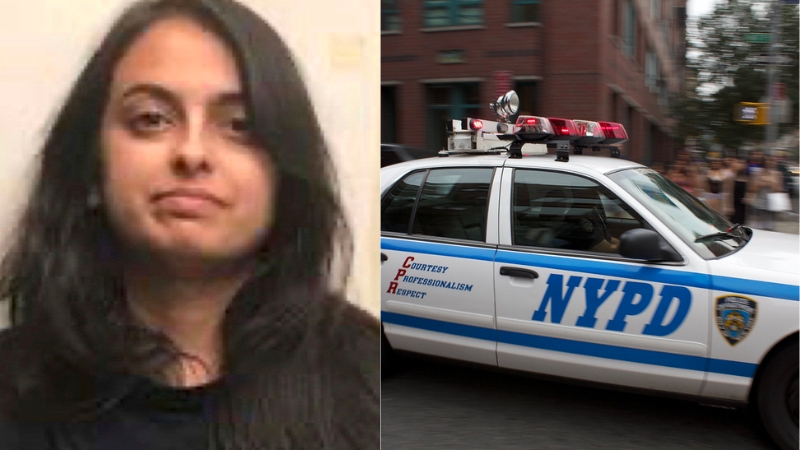 Olivia Rondeau
Nov 18, 2022 minute read
ADVERTISEMENT
ADVERTISEMENT
The lawyer who made headlines when she firebombed an NYPD cruiser during the 2020 George Floyd riots on Friday was sentenced to just 15 months in prison after the Biden administration pressed the court to go below the guidelines that recommended 10 years for such a crime.

On May 29, 2020, Urooj Rahman and Colinford Mattis, also a lawyer, threw a Molotov cocktail into a New York City police car. According to a witness, Rahman also "attempted to distribute Molotov cocktails to the witness and others so that those individuals could likewise use the incendiary devices in furtherance of more destruction and violence."

On the night of the violent riot, Rahman sent Mattis videos of other perpetrators throwing fireworks and Molotov cocktails at law enforcement and damaging an NYPD van.

"Bring it to their neck," Mattis texted back.

"[F]ireworks goin and Molotovs rollin," replied Rahman. "I hope they burn everything down. Need to burn all police stations down and probably the courts too." She also "announced with a smiley face emoji that her rock had struck a police officer," according to prosecutors.

Rahman, a public interest lawyer, told supporters in the packed courtroom gallery that the short prison stint handed down by ​​US District Judge Brian Cogan of the Eastern District of New York isn't "the result we wanted."

Her lawyer, Peter Baldwin, said the defense team was "obviously disappointed with the result, but we are excited that Urooj can move on to the next phase of her life."

In September, Rahman's representation asked for a sentence commutation due to her being "numb, disassociated, and inebriated" and struggling with "unprocessed trauma" as a result of experiencing "abusive partnership relationships" and being bullied for being Muslim after the September 11 attacks in 2001.

According to Rahman's lawyers, the act against law enforcement only "marked deviation from her otherwise exemplary life" and argued that Rahman's "commitment to social justice" should warrant a lesser sentence.

The Biden administration's DOJ reportedly struck a "sweetheart deal" with the felon, and asked the court to go easy on Rahman and her accomplice after the previous Trump administration pressured for a domestic terrorism sentencing enhancement, which would have allowed for a 10-year sentence.

Cogan scolded the defendant for the "amazing level of arrogance" it took for her, as a practitioner of the law, to carry out an "attack on the rule of law."

However, he also called the police car-bomber "a remarkable person who did a terrible thing one night."

"Tossing the Molotov cocktail was a way of expressing anger at those police officers around the country for whom Black lives did not matter," Rahman's attorneys said. "It was an act of protest intended to avoid exposing others to harm."

Rahman's plea deal also secured her two years of supervised release following her time in prison, and she will also pay restitution of $30,137 to the NYPD, about the cost of the car she destroyed. Mattis's sentencing will occur on December 16.