Man shot, killed in Harlem after another night of violent crime in New York

The shooting occurred at a midnight barbecue under a bridge and left one man dead and 8 other injured. 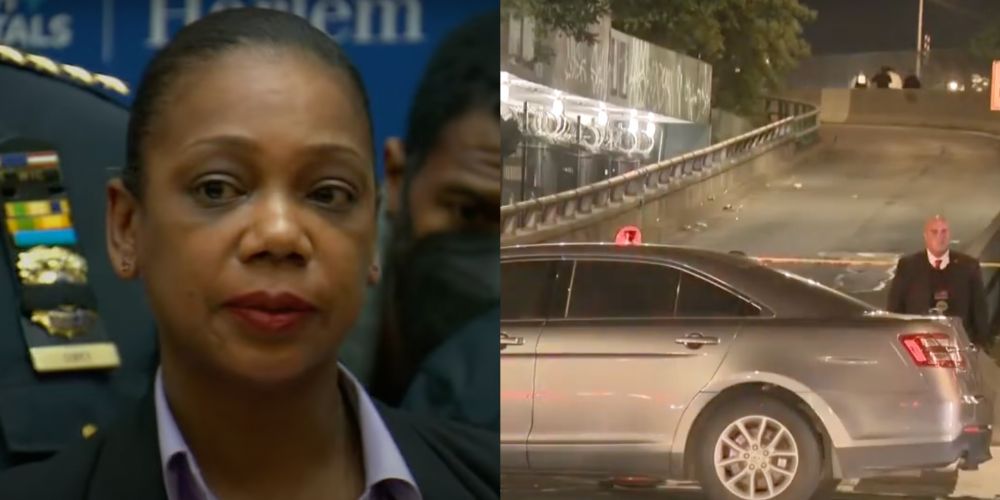 A 21-year-old New York City man was killed after a Harlem shooting that happened at 12:35 am on June 20. The incident is one of several reflecting a pronounced surge in violent crime in New York City, with murder alone climbing up 10 percent from last year.

The victim died at Lincoln Hospital in Harlem. Eight others were injured overnight, with two women and seven men shot.

The New York Post reports that the shooting took place at some sort of social gathering or midnight barbecue being held at East 139th Street and Fifth Avenue, an intersection directly under the Madison Avenue Bridge leading from Manhattan to the Bronx.

A handgun was retrieved from the scene but at the moment police have no leads on suspects or persons of interest.

According to The Daily Mail, New York City Police Commissioner Keechant Sewell said that the "emboldened individuals responsible for this are exactly who our officers are battling every day to make our city safe."

Commissioner Sewell has spoken out about some of the recent changes in local policy that've led to such a dramatic increase in crime.

In March, she called for an end to the state's bail reform laws and said it was a disaster for NYC. Sewell also opposes the decriminalization of "quality of life crimes," such as fare-jumping, littering and public consumption of alcohol, saying that these crimes lead to bigger ones.

Sewell's stance is in opposition to the majority of NYC Democratic lawmakers who, often with AOC out front, believe in progressive policies toward crime.

Harlem, like many neighborhoods and boroughs in New York City, has been experiencing an increase in violent crime in a pattern that began in 202o. Several high profile shootings have occurred in Harlem this year, such as the murder of a police officer in January and the Burger King shooter who said "America is gonna burn!"