"We expect more from our national leaders to address this issue in a real way." 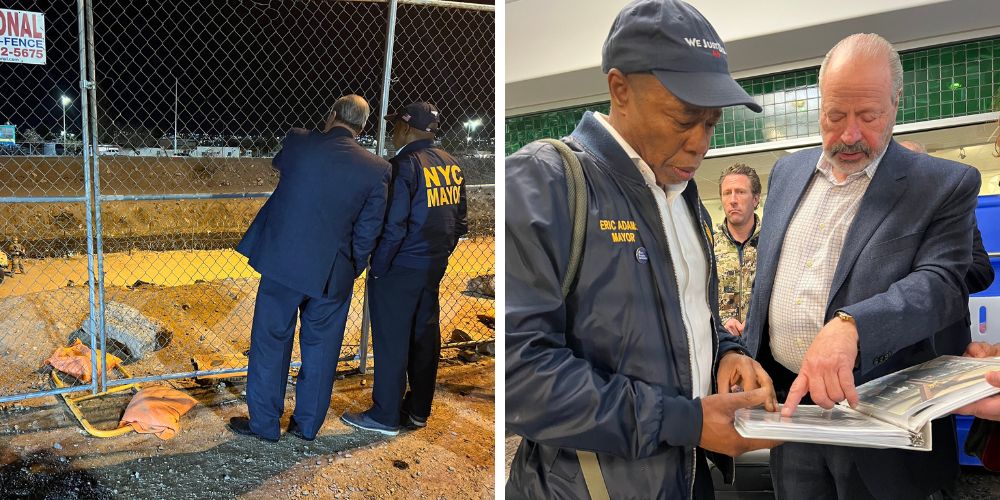 The Post Millennial
Jan 16, 2023 minute read
ADVERTISEMENT
ADVERTISEMENT
After surveying the US-Mexico border this weekend, New York City Democratic Mayor Eric Adams called on the Biden administration to do more to address the massive influx of illegal immigrants that is causing a border crisis and overwhelming New York, and other major cities. He called the situation at the border a "national crisis," and said New York has "no room" for more migrants.

"On the ground in El Paso last night," Adams tweeted from the border. "This is a national crisis and we need a national solution. Mayors like @OscarLeeser and I are on the front lines and we need federal support."

Adams said Friday that New York City, which has proclaimed itself a "sanctuary city" is at its "breaking point" as record numbers of illegal migrants continue to arrive in the Big Apple. Over 3,100 migrants seeking asylum showed up last week, with more than 800 arriving on Thursday alone. Adams has said "there's no room at the inn."

According to Fox News, the mayor submitted an emergency mutual aid request to New York State this weekend for immediate assistance to shelter the illegal migrants. Thousands of illegal migrants have been bused to New York City by the city of El Paso, as well as by the state of Texas since last year.

The City has a right to shelter law in place, meaning that anyone who seeks shelter will be granted a place to sleep. This law was made with New York's average number of homeless in mind, and New York simply does not have enough shelter for the huge increases they are seeing.

Sunday afternoon, Adams spoke at a press conference alongside El Paso Democratic Mayor Oscar Leeser, saying, "We’re pointing the finger … at our national government. This is a national problem. We must have real immigration reform, and we must immediately have a short-term fix of making sure that the cost of this does not fall on our local cities."

Adams also slammed Democratic Governor Jared Polis of Colorado and Republican Governor Greg Abbott of Texas for bussing the migrants to New York City. "The governor of Colorado, who’s a Democrat, and the governor of Texas, who’s a Republican, I think they had a bipartisan disrespect for the cities, and it was wrong and it should not happen, and it should not continue.”

Adams added that the illegal migrants are given a false impression from websites before they travel that The Big Apple is "paved with gold" and that they will be “given employment" when they arrive. "Our cities are being undermined. And we don’t deserve this. Migrants don’t deserve this. And people who live in the cities don’t deserve this," Adams continued. "We expect more from our national leaders to address this issue in a real way."