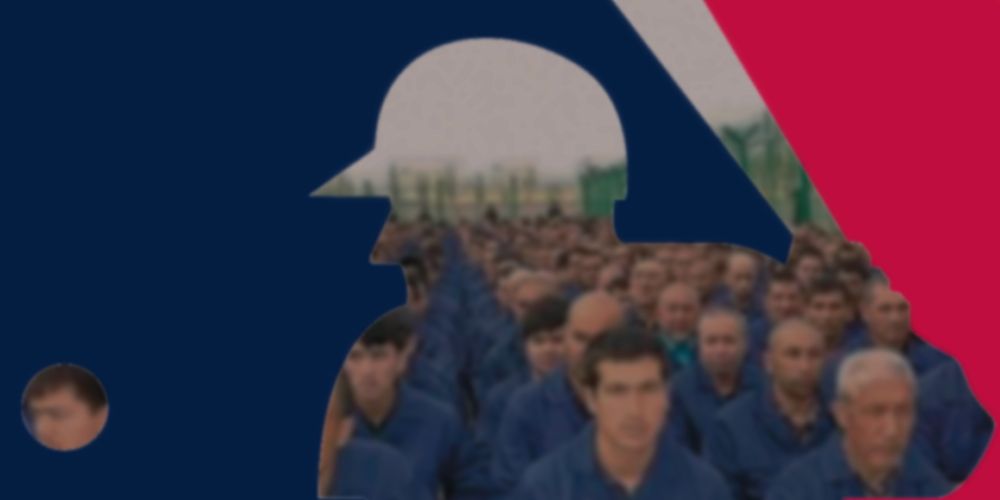 Today people are clamoring over the news that MLB has decided to engage in stateside political warfare by moving the All-Star game out of Georgia in response to the state’s passage of new election regulations.

Something pointed out this evening by Breitbart is how the Major League Baseball administration operates a player development center in Communist China. A country undergoing a harrowing time period where the Uyghur Muslim population is being rounded up into labor camps.

Scroll past this picture (via The Guardian) to read about the MLB’s preference for financial gains, over humanitarian crisis.

“From grassroots initiatives to elite development programs, Major League Baseball aims to grow the global interest in the game, retain any and all early participants, and develop the talent that comes through the pipeline, from whatever direction it may come. Over the last decade, MLB’s Development Center in China has been focused on academics, baseball, and the social and cultural development of each of the participants to come through the doors.”

Just yesterday MLB and Tencent expanded their streaming deal to ensure coverage in more than "half a dozen Asian countries." A deal expected to last through the 2023 season.

While the US government has made official statements condemning China’s practices, private companies like Coca-Cola (and now the MLB) appear indifferent to the matter as of late. NBA darling LeBron James praised the MLB’s announcement regarding the Georgia boycott, but was met with a wave of responses pointing out how the basketball player is deeper in bed with China than nearly everybody.

Georgia’s House still has teeth. When Delta flip-flopped on the matter, Georgia’s House Of Representatives voted to strip Delta Airlines of their $35 million tax credit line.

The ordeal is something that President Joe Biden is guilty of spreading misinformation on (earning him four Pinocchios from Washington Post). In his statements he asserted that Georgia’s new voting laws restrict the voting hours more than they already were. Outlets like Atlanta Journal-Constitution had to correct the record after the fact in disgrace.

Ironic seeing as Biden is behind the move of encouraging the boycott in the first place.