MUST WATCH: Pelosi says she feels connection to China since childhood

"When I was a little girl, I was told at the beach if I dig a hole deep enough we would reach China, so we’ve always felt a connection there." 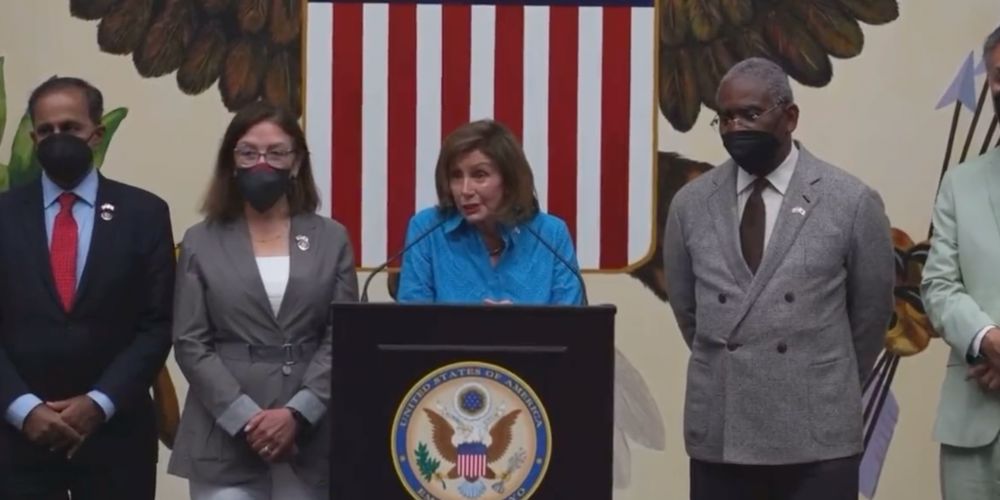 On Friday, House Speaker Nancy Pelosi said that she's "always felt a connection" with China at a press conference in Tokyo, where she was asked if China's increased military aggression after her visit to Taiwan was a source of concern for US Leadership.

82-year-old Pelosi said in response to the question regarding Chinese aggression, "When I was a little girl, I was told at the beach if I dig a hole deep enough we would reach China, so we’ve always felt a connection there."

As the Daily Mail reports, the phrase "dig a hole to China" is a well known joke often told by parents to children. The humor comes from the idea that if the child digs a hole deep enough they will come out on the other side of the earth.

American and CCP tension escalated in late July when it was unclear whether the House Speaker would be visiting Taiwan during her August pan-Asian trip.

In response to the idea that Pelosi may include the island on her trip itinerary, a contributor to Chinese state-owned media Global Times, Hu Xijin, said "If US fighter jets escort Pelosi's plane into Taiwan, it is invasion. The [People's Liberation Army] has the right to forcibly dispel Pelosi's plane and the US fighter jets, including firing warning shots and making tactical movement of obstruction."

On July 26, Chinese officials said that any visit by Pelosi to Taiwan would be seen as "support" of "Taiwan independence," and that Beijing would enforce "resolute and forceful measures" as a response.

On July 28, Chinese President Xi Jinping told Joe Biden directly that Pelosi shouldn't visit Taiwan and said "those who play with fire will only get burnt" as a warning to the American leader.

The Chinese have continued military drills in the region as fighters, bombers, destroyers and frigates were all used in joint blockage operations across six zones off the Taiwanese coast.

China's People's Liberation Army has amassed over 100 warplanes, 10 warships, and one nuclear-powered submarine in the area as well. China has also placed sanctions on Pelosi and her family directly for her visit.

As the Daily Mail notes, it is unclear how serious Pelosi was when she mentioned digging a hole to China.