MUST WATCH: Ted Cruz says his pronouns are 'kiss my a**'

Cruz remarked, "this stuff ain't complicated and yet the more crazy they get - part of me every time they do something ridiculous - part of me weeps, then part of me celebrates because it is accelerating the country coming back." 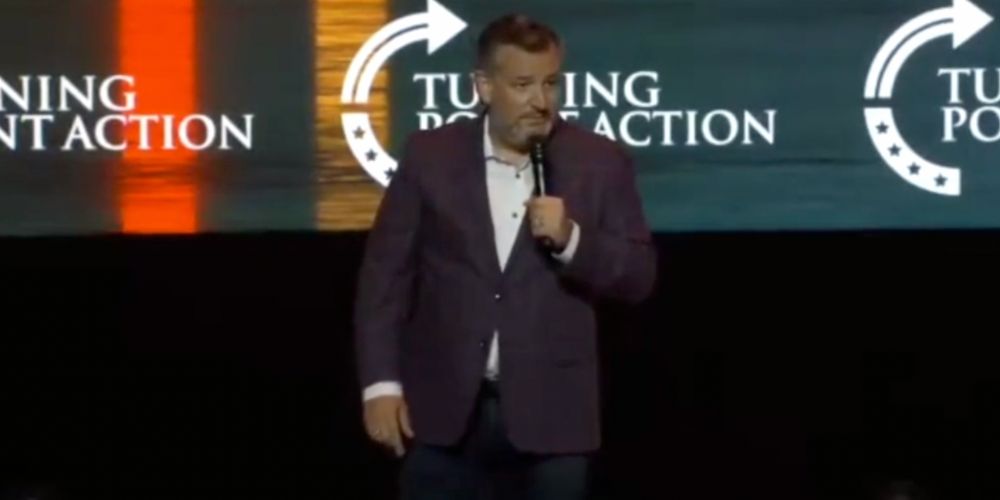 Cruz made the remarks to an enthusiastic crowd gathered for the summit which is designed to connect conservative students who are combating Left-wing ideologies on school campuses across America.

Cruz encouraged the crowd of student activists saying, "Your classmates, even if they're scared to say it, are looking around thinking this stuff is nuts." Cruz continued, "I talked to a student recently at one of our woke college campuses who said she's required every class to introduce herself and to give her pronouns."

Cruz addressed the phenomenon of "preferred pronouns" as radical gender ideology has noticeably infused with, and sometimes originated from, academia.

"What the hell is wrong with you idiots," Cruz said before mentioning Supreme Court Justice Kentanji Brown Jackson's inability to define what a "woman" is.

Cruz remarked, "this stuff ain't complicated and yet the more crazy they get - part of me every time they do something ridiculous - part of me weeps, then part of me celebrates because it is accelerating the country coming back."

Cruz also poked fun at New York Congresswoman Alexandria Ocasio-Cortez's recent incident where she appeared to fake being handcuffed by police during an abortion protest. "We've got prices skyrocketing. Inflation is out of control," Cruz said, "It's gotten so bad AOC can't afford fake handcuffs."

Saturday is the second day of TPUSA's Student Action Summit in Tampa and the convention is set to continue until July 24th.