A new film is set to feature President Joe Biden's troubled son that will reveal Hunter's "corrupt business dealings" and chronicle his "elitist party lifestyle." The biopic is slated to uncover the scandals and controversies that have surrounded Hunter Biden from substance abuse to family drama. 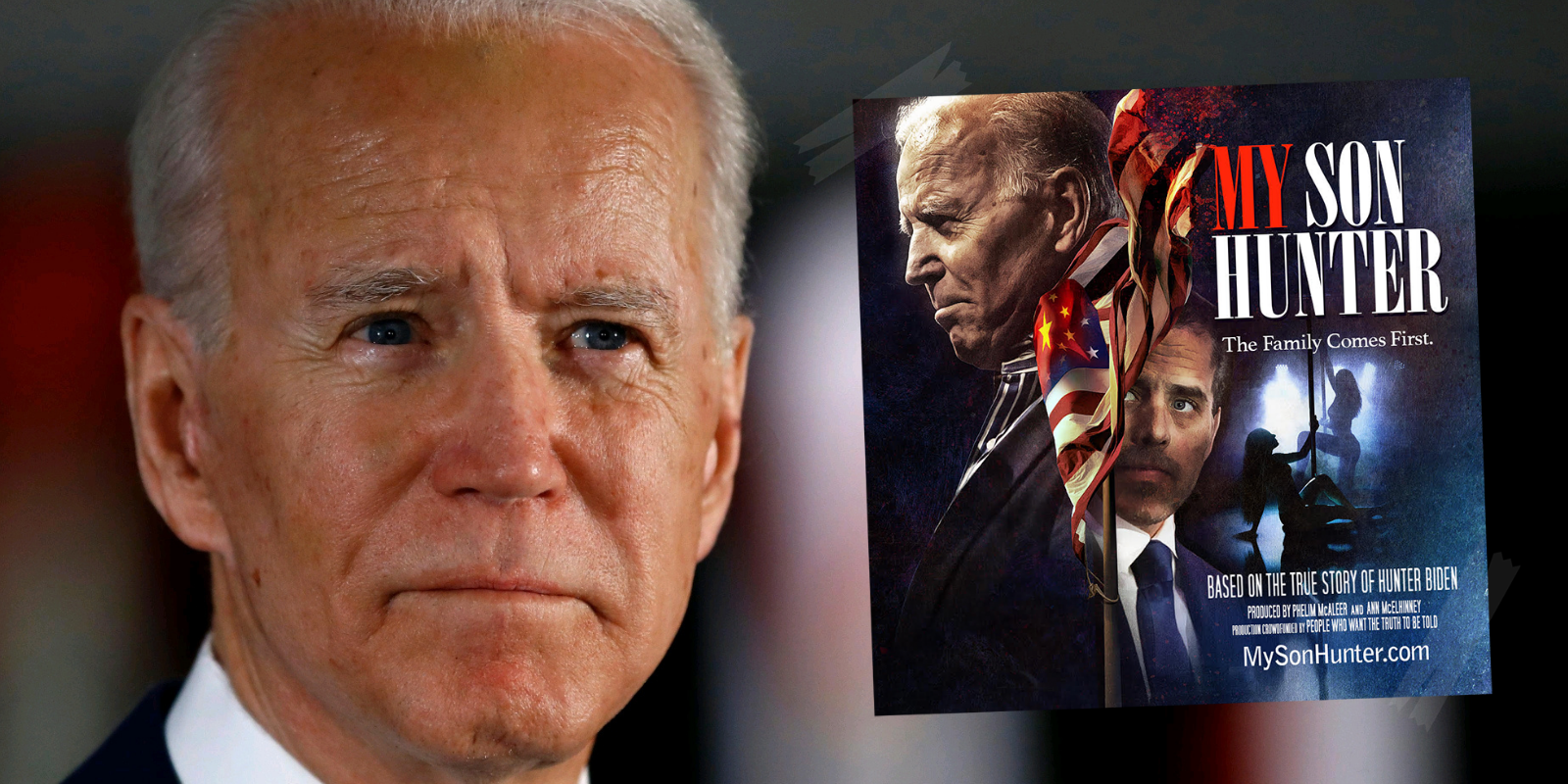 A new film is set to feature President Joe Biden's troubled son that will reveal Hunter's "corrupt business dealings" and chronicle his "elitist party lifestyle." The biopic is slated to uncover the scandals and controversies that have surrounded Hunter Biden from substance abuse to family drama.

The movie, titled My Son Hunter: The Family Comes First, is scheduled to begin taping in Serbia this summer, the Daily Wire reported. Much of the film will take place in Ukraine to center around the Biden family's overseas business transactions. The cast has yet to be announced.

English actor Laurence Fox, who is best known for his roles in Netflix series Victoria and biographical drama Becoming Jane, has been approached to play the role of Hunter Biden. In February, he told The Telegraph that he was considering the offer. Fox, also the firebrand leader of the Reclaim Party in the United Kingdom, said that he was "debating" whether or not to commit to the bid during an interview on Christopher Hope's podcast Chopper's Politics.

"At the moment I'm literally on seven o'clock in the morning till nine o'clock at night. I just don't have any time," Fox stated several weeks ago, noting that his career mission is to reverse "wokery" and champion free speech.

The husband-and-wife team are expecting to raise $2.5 million through tax-deductible grassroots donations in less than two months. To date, the crowdfunding campaign has reached more than 11% of the targeted goal.

If the multi-million dollar milestone is completed within the next 60 days, the endeavor will be the largest crowdfunding ask in all of film history, nonprofit organization The Unreported Story Society touts. In exchange, donors will receive exclusive merchandise for their online contributions.

McAleer appeared Tuesday on The Ezra Levant Show to disclose some of the aspects of Hunter Biden's life that the film will narrate. "But this is not to attack Hunter Biden's personal feelings or his addictions, by the way, which are tragic," McAleer clarified. "This is to say an international oil and gas company searched the world for an executive and they found the guy who was thrown out of the navy on the first day. They found the guy who was in and out of rehab." McAleer questioned, "Why? And what strings did [then-Vice President] Joe Biden pull?"

"The media and big tech covered up the bombshell report by the New York Post that showed the depth of corruption in the Biden family," explained McAleer at the time of the film's announcement. "If the media won't do their jobs, we'll do it for them," he declared. McAleer added that an entertaining and enjoyable movie is the best way to tell the buried story and to "ensure as many people are educated" as possible. "The truth deserves to be told," he stated.

The producers have cited censorship by the mainstream media and Silicon Valley social media companies as the main motivation for making the movie, which will be free to the public. Twitter locked the New York Post's account for two weeks and Facebook throttled the conservative publication's audience reach.

"This is a story that has to come out. This is a story that needs to be known by everyone," McElhinney said on-camera, citing undercover Project Veritas recordings that captured CNN president Jeff Zucker's editorial phone calls over multiple months and caught the network's executives suppressing coverage of the New York Post's explosive Hunter Biden laptop article.

In the past, conservative couple McAleer and McElhinney have gathered over $2.3 million for their pro-life film Gosnell: The Trial of America's Biggest Serial Killer, which was the first political movie to be screened at the White House under the Trump administration and opened in more than 700 theaters.

The previous work detailed the crimes and trial of Kermit Gosnell, an American doctor and abortion provider who was convicted of first-degree murder in the deaths of three babies born alive—among other heinous crimes—and sentenced to life in prison without the possibility of parole.