Olympic volleyball silver medalist and model Kim Glass has posted a video of her brutal injuries online after being randomly attacked by a homeless man in Los Angeles on Saturday. 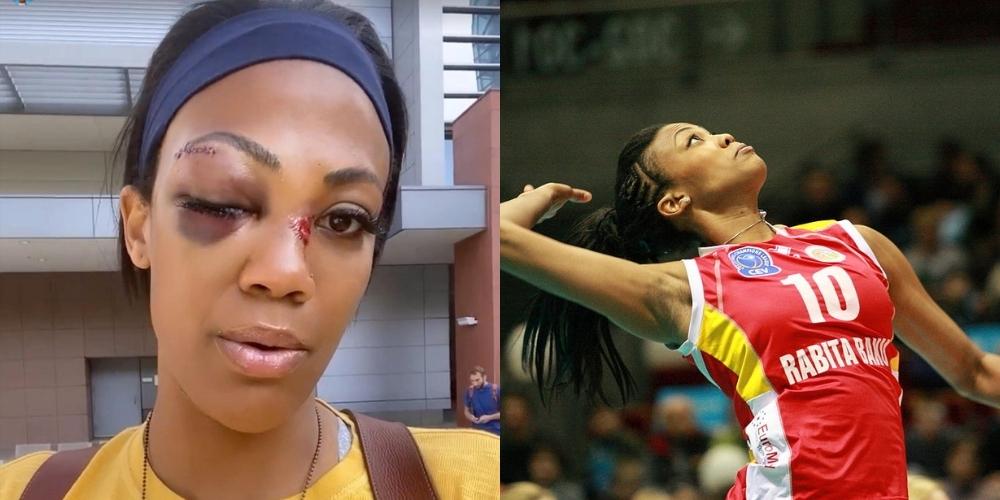 Olympic volleyball silver medalist and model Kim Glass has posted a video of her brutal injuries online after being randomly attacked by a homeless man in Los Angeles on Saturday.

Glass, a 6'3" former America's Next Top Model contestant and trainer, explained that she had been leaving lunch in the city and saying goodbye to her friend before the horrific assault.

Sporting a bloodied and bruised face, she said "the homeless man ran up, he had something in his hand and he was on the other side of a car on the street."

The star athlete then said the attacker looked at her "with some pretty hateful eyes." Glass claimed she was about to turn to her friend to say she thought there was something wrong with him and that he might hit a car, but she never got the chance.

"Before I knew it, a big metal bolt, like a pipe, hit me... it happened so fast. He literally flung it from the street."

Glass later assured her followers with an update on her Instagram story that she was okay after having stitches, and that there would be no permanent damage to her vision according to Fox News. "This all could have been so much worse. So I'm grateful right now," she wrote.

It is unclear whether the suspect was apprehended.

The Daily Mail reports that between 2010 and 2020, the state of California saw a 31 percent rise in homelessness while the rest of the country experienced a drop of 18 percent. Most of that growing homeless population is centered around the larger cities such as Los Angeles and San Francisco, where the progressive district attorney, Chesa Boudin, was recently recalled.

This seemingly random attack against Glass comes amid a spike in crime across Los Angeles and hundreds of thousands calling for the district attorney, George Gascon, to be recalled as well for his soft-on-crime approach.

A petition to recall Gascon boasts more than 717,000 signatures, well over the goal of 566,857 needed under rules set by the Los Angeles County Registrar of Voters.

Sanna claimed that the DA is a "criminal's champ," and ignores public safety and residents' feelings with his liberal policies.

He also said Gascon has made it hard for their office to do their job because "as soon as we catch a perpetrator, we have to release them."

This is the second recall effort made against Gascon in less than a year.