Project Veritas released the recordings of federal agents interrogating and "coercing" the US postal service whistleblower who came forward to testify about the backdating of ballots in Pennsylvania. 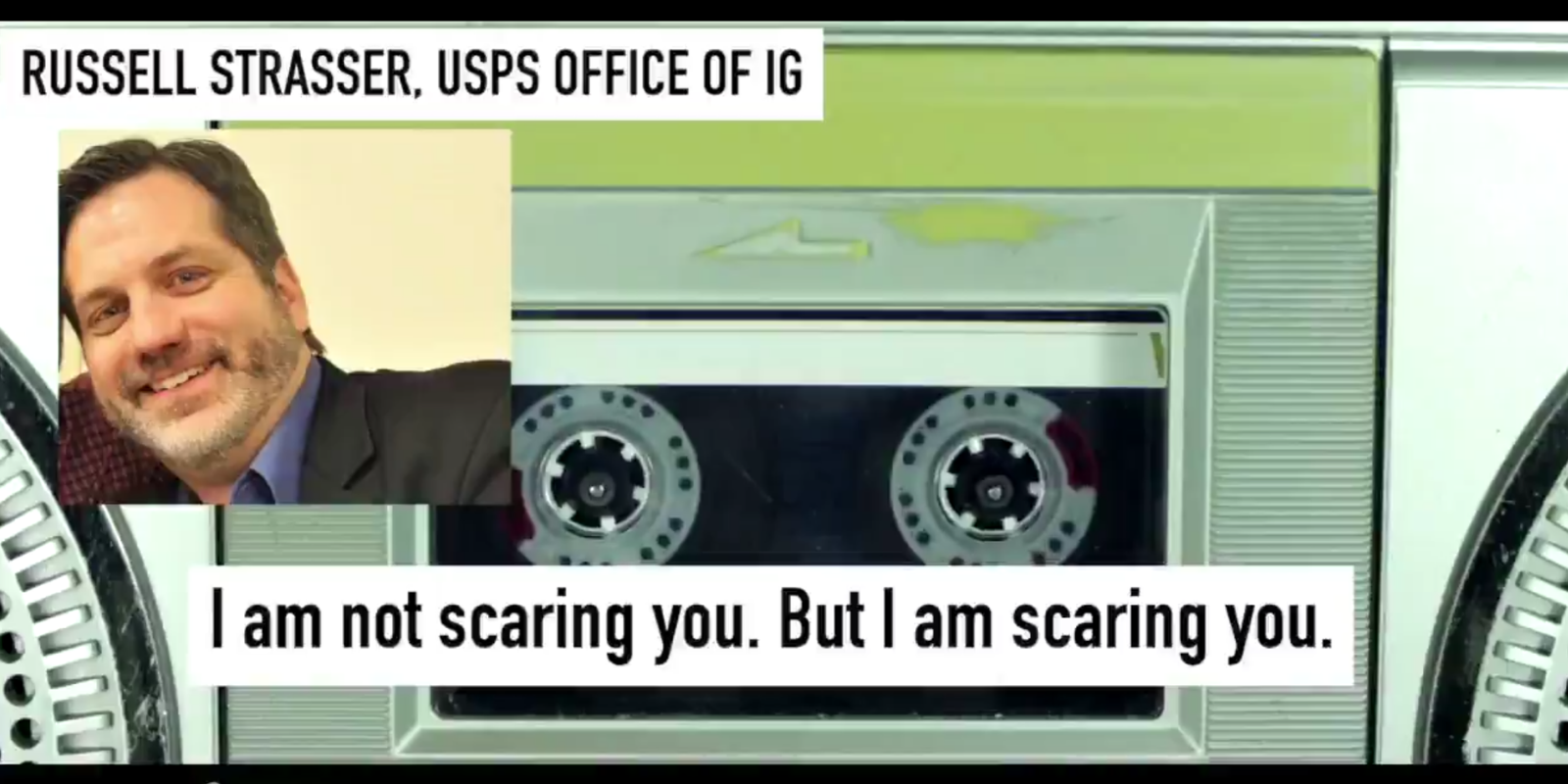 Project Veritas released the recordings of federal agents interrogating and "coercing" the US postal service whistleblower who came forward to testify about the backdating of ballots in Pennsylvania.

The recordings are explosive evidence of retaliation, Project Veritas stated, in an attempt to scare USPS insider Richard Hopkins. In an exclusive interview with Project Veritas on Nov. 5, Hopkins exposed an alleged internal voter fraud scheme orchestrated by an anti-Trump postmaster at the USPS general mail facility in Erie, Pa. Ballots were reportedly hand-postmarked for Nov. 3 days after Election Day under Postmaster Rob Weisenbach's order. Hopkins has since received a letter placing him on suspension without pay.

Earlier Wednesday evening, the House Committee on Oversight and Reform reported that Hopkins "completely recanted" his allegations of a supervisor tampering with mail-in ballots after investigators questioned him.

This comes after the Washington Post published a report, falsely claiming that Hopkins admitted to fabricating the ballot tampering allegations.

"I did not recant my statements. That did not happen," Hopkins emphasized in a reaction video. "I would like the Washington Post to recant their wonderful little article they just decided to throw out there out of random."

Hopkins has tried to contact Washington Post reporters Shawn Boburg and Jacob Bogage to include his statement that he did not recant, O'Keefe tweeted. "They refuse to even talk to him or include his comment."

"They were grilling the hell out of me," Hopkins told O'Keefe, stating that he's "p*ssed" and feels like he "just got played."

"Let me make good on that promise right away. Okay. This storm is getting crazy, right?" poked agent Russell Strasser of the USPS Office of Inspector General. "It's out of a lot of people's control. And so the reason they called me in is to try to harness that storm, try to reel it back in before it gets really crazy."

Hopkins acknowledged that he understood. "Because we have Senators involved," Strasser continued. "We have the Department of Justice involved." Then Strasser noted that Trump's lawyers have reached out.

"I am trying to twist you a little bit because of that, believe it or not, your mind will kick in," Strasser pivoted as Hopkins followed along. "We like to control our mind. And when we do that, we can convince ourselves of a memory. But when you're under a little bit of stress, which is what I'm doing to you purposely, your mind can be a little bit clearer and we're going to do a different exercise too, to make your mind a little bit clearer. So, but this is all on purpose."

Strasser emphasized that "I am not scaring you" to Hopkins, but "I am scaring you." Hopkins noted afterwards that "[i]t seems like they were trying to to make me distrust ya'll," he told Project Veritas. The USPS worker double downed: "No, these guys [Project Veritas] have had my back since the get go."

When O'Keefe asked Hopkins if he believes if these federal operatives have his back, Hopkins said, "At this point, no, hell no."

"Do you think these federal agents are really interested in investigating fraud?" O'Keefe questioned. "Honestly, I don't think they are," Hopkins answered.

Donald Trump Jr. commented on the alleged intimidation: "Given what the Feds tried to do to my family this shouldn’t surprise anyone but should disgust everyone!!! This is what we have been up against since day one."

In an exchange with Associated Press reporter James LaPorta, O’Keefe volleyed, “So you know Richard, a marine combat veteran, was crying in an interview this afternoon by what these fed agents did to him and said this was harder than what he endured in Afghanistan.”