A US District Court judge decided that a class-action lawsuit against the City of Seattle on behalf of resident and business owners would be allowed to proceed despite the city's objections. 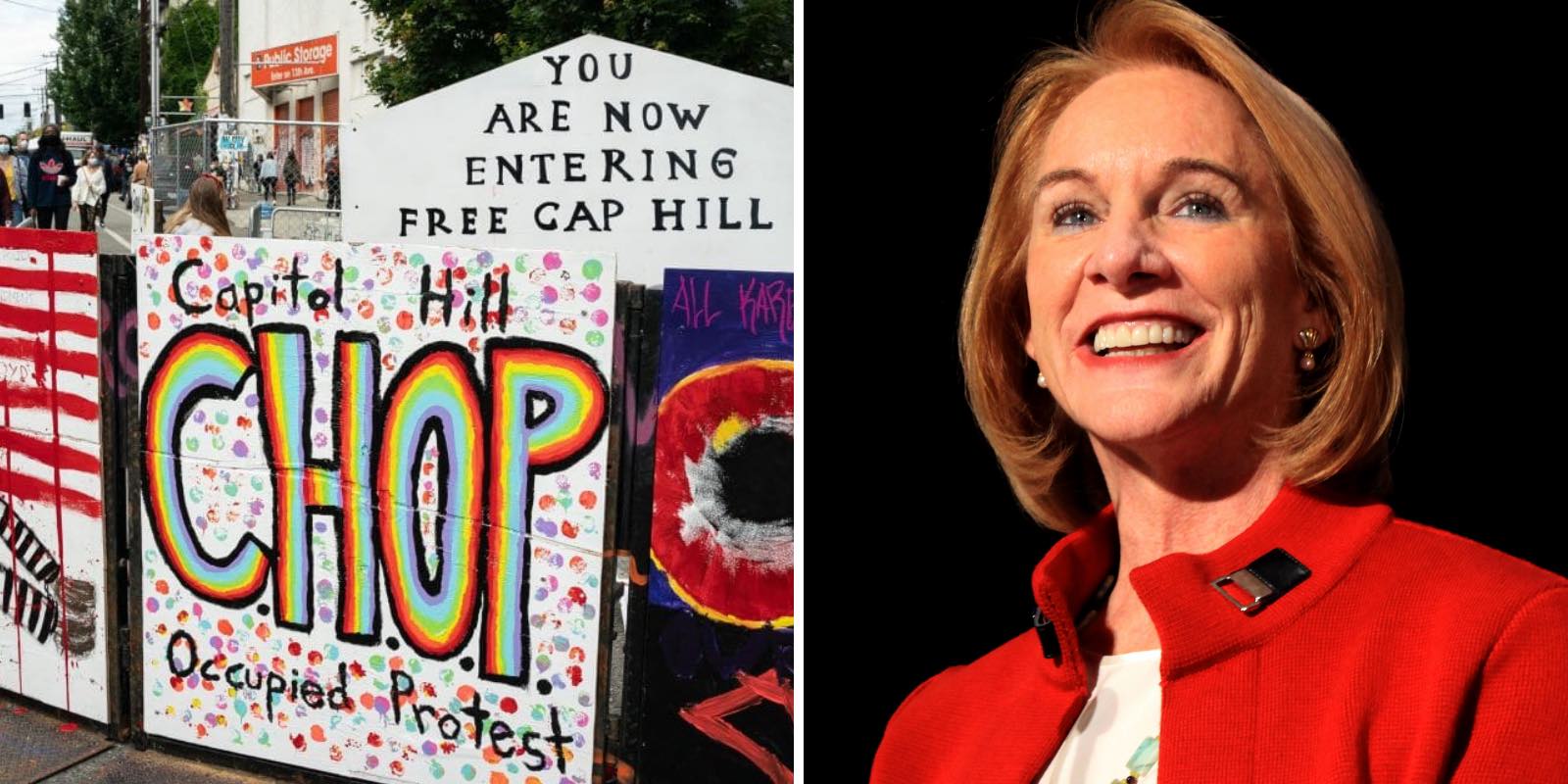 On Friday, a US District Court judge decided that a class-action lawsuit against the City of Seattle on behalf of resident and business owners would be allowed to proceed despite the city's objections. The judge denied Seattle's attempt to have, the lawsuit, which alleges the city actively supported an armed protest, dismissed.

More than 20 businesses and individuals sued the city on June 24, alleging they suffered severe economic losses and were forced to live in fear and among filth for weeks when protesters took over several blocks not far from City Hall, and city officials effectively ceded authority and control to the protesters.

The city of Seattle had argued that it was not liable for the "acts of private parties" in and around CHOP and told the court "the complaint fails to state a claim as a matter of law."

However, the residents and business owners named in the lawsuit claim Seattle was complicit and "officially supported the establishment of an autonomous zone" by providing concrete barriers, medical supplies, sanitation, and other services, while pulling back fire and police services, causing the city to fail to provide equal protection under the law.

The lawsuit claims the city's "CHOP-related policies and practices" created an unlawful "taking" of the plaintiffs' property rights. They allege that the city denied residents and business owners their constitutionally protected property rights and access, all while depriving them of public safety services, and placing them in danger. The lack of available redress while the occupation was happening ignored their rights to due process as well, the suit charges.

The city tried to have the lawsuit tossed, but with the exception of an equal protection violation allegation that was dismissed without prejudice, US District Judge Thomas Zilly upheld the suit's other sections and declined to reject potential class action certification of it.

"Plaintiffs plausibly allege that the City's actions, encouraging CHOP participants to wall off the area and agreeing to a 'no response' zone within and near CHOP's borders,  foreseeably placed Plaintiffs in a worse position than they would have been in absent any City intervention whatsoever," Judge Zilly wrote. "Their allegations are also sufficient to show that the City acted with deliberate indifference to that danger," the judge continued.

The six block CHOP zone was first established June 8, after SPD was ordered to abandon the East Precinct following a week's worth of conflicts between BLM rioters, Antifa and police. CHOP's occupiers demanded that the city release all arrested rioters protesters and slash its $409 million police budget in half in order to donate the other half to services within the city's Black communities.

The occupied zone blocked all car traffic, reducing the businesses' access to customers, vendors and revenue, the lawsuit says. The lawsuit further alleges that city police largely neglected the zone, allowing protesters and others to damage business property and threaten business owners without punishment. Occupiers had bragged that the CHOP was a cop free zone, and denied access to police attempting to respond to shootings and other emergencies.

During the occupation, Mayor Jenny Durkan tweeted praise and encouragement to protesters, and told CNN it could be a "summer of love. Durkan compared the CHOP to a block party. City Council members supported the occupation and continued to try and create a narrative of a "peaceful protest." Almost immediately, violence increased in CHOP, including assaults, shootings, rapes and robberies, leaving two black teenagers dead and several others wounded. Emails obtained earlier this year by The Post Millennial show that the city knew about the dangers in CHOP, yet continued to push a false narrative

According to SPD hundreds of thousands of 911 calls went un-responded to and crime spiked 250 percent. City officials can hardly claim ignorance of the potential repercussions of their decisions and statements last June, Judge Zilly ruled.

"Rather, Plaintiffs plausibly assert that the City's endorsement of, and the provision of material support to, CHOP set in motion a series of acts by certain CHOP participants, who the City knew or reasonably should have known would deprive Plaintiffs of protected property interests," Judge Zilly wrote.

Angelo Calfo, lead attorney for the plaintiffs, said he remains incredulous at the decisions City Hall made last June. "It remains hard to believe that the city abandoned this neighborhood, left it without police or emergency services, and yielded control of it to some segments of protesters who defaced, damaged, and destroyed it," Mr. Calfo told The Washington Times.

"This diverse and culturally and economically rich neighborhood continues to feel the effects of the city's endorsement of the CHOP," he said. "The Court's thoughtful decision allows our lawsuit to proceed and we aim to require the city to make this neighborhood and its citizens whole again."

The lawsuit offered numerous examples of the losses and hardships endured by residents and businesses as protesters, some armed, milled about the street, and a tent city was established at Cal Anderson Park. The area was at first known as the "Capitol Hill Autonomous Zone," or CHAZ.

City police eventually dismantled the CHOP, as it was eventually called, after occupiers marched to and vandalized the Mayor's home. The Mayor, in closed negotiations with the occupiers, promised them over $100,000,000 in "investments" in the community as well as unoccupied city properties.

According to the latest filings in the case, both sides in the CHOP lawsuit have agreed they won't be ready for a trial until February 2022. In addition to agreeing on a schedule for discovery before the trial, the parties also reached agreement on a deadline for adding new plaintiffs. Under the agreement, anybody  who wants to be part of the CHOP class action suit has until February, 12, 2021 to join.

This is one of multiple lawsuits facing the city of Seattle in the wake of the bungled handling of the protestors' occupation.