Bannon spoke about the recent election in Brazil, which he says was stolen from incumbent President Jair Bolsonaro. 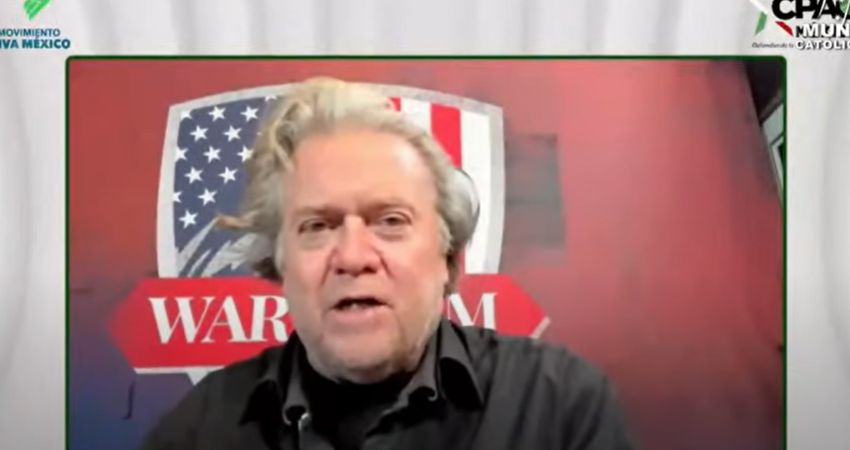 During his speech, Bannon highlighted the strength of global conservative and populist movements across the globe, including those in France, Hungary, Japan, Brazil, and Mexico.

Bannon spoke about the recent election in Brazil, which he says was stolen from incumbent President Jair Bolsonaro, also noting Bolsonaro's popularity and bringing attention to the protests that took off upon his election loss, saying that they protested because they admire Bolsonaro and that they know the election was stolen.

Bannon did not mince words in saying that elections with electronic voting systems cannot be trusted or verified. He noted that left-wing media outlets would use these unverified elections as proof that the world was rejecting populism, but that this is "far from the truth."

The former Trump strategist called for Bolsonaro to not concede the election after he narrowly loss to formerly convicted criminal Lula da Silva, a far leftist whose racketeering conviction was annuled by Brazil's Supreme Court prior to his campaign. Bolsonaro would ultimately say that the transition of power would proceed as it normally would, but did not say that he lost the election.

Bannon said that, in the United States, the populist movement will continue to hold Biden's "illegitimate regime" accountable. He said that left-wing forces in Mexico and Brazil are seeking to steal their nations' sovereignty.

"Look at Brazil. These patriots are being put in danger while the media focuses on Lula [da Silva]," said Bannon, as translated from a Spanish voiceover, who he called a "transnational criminal."