"These kooks hated reading, the whole reading season (please don’t ask why, no one quite knows the reason.) It could be perhaps critical thinking causes fright. It could be their heads aren’t screwed on just right." 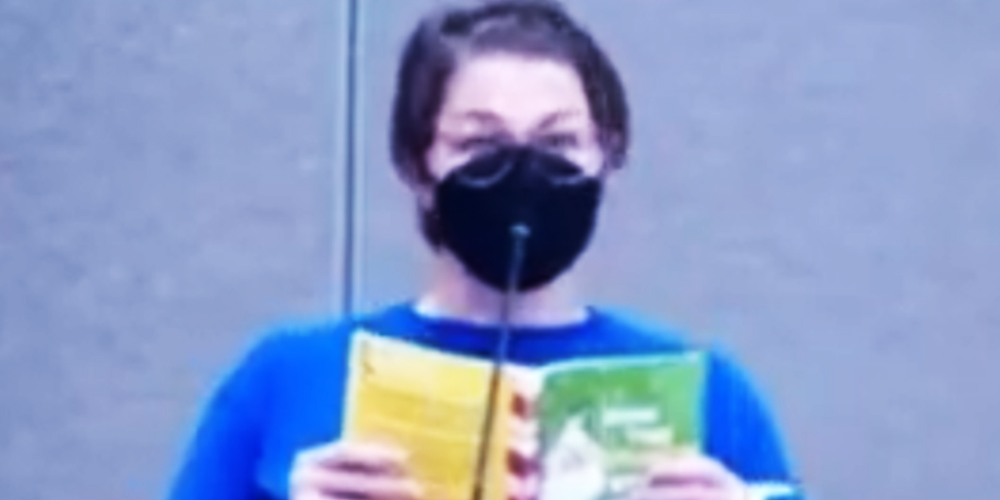 A teacher in Leander, Texas mocked parents and insulted them with various stereotypes because the educator was mad that the district removed "progressive" reading material after parents voiced their concerns.

"I might have opposing views, but I don't call anyone on the opposing side 'bigots' or brainless," one parent said in reaction to the situation.

According to Fox News, Leander ISD has been a battleground between parents and the school system. They successfully managed to get the district to remove 11 books – "Lawn Boy" and "Gender Queer: A Memoir" – removed for depicting sexually explicit material.

Krista Tyler is an instructional technology specialist at Grisham Middle School. In response to the recent controversy, she made up a Dr. Seuss style poem to read to those in attendance.

The Leander Independent School District board of trustees meeting took place on December 16th. Tyler’s demonstration on the podium came about amidst an otherwise standard conference where administrators iron out details for the upcoming 2022-2023 school year.

"Everyone in Leander liked reading a lot. But some evangelicals in Leader did not," Tyler says while putting on a voice that sounds like she’s reading to school children.

"These kooks hated reading, the whole reading season (please don’t ask why, no one quite knows the reason.) It could be perhaps critical thinking causes fright. It could be their heads aren’t screwed on just right. But whatever the reason, their brains or their fright, they can’t follow policy in plain black and white."

"These bigots don’t get to choose for us, that’s clear. Then how, I am wondering, did we even get here? They growl at our meetings, all hawing and humming: ‘We must stop this indoctrination from coming!’"

With that last line mocking parents, Ms. Tyler chooses to put on a southern accent.

"They’ve come for the books and the bonds and what for? Their kids don’t even attend Leander schools anymore. Bring back our books, maintain decorum, good grief. Wouldn’t it be nice to have a meeting in peace?"

Here’s a round-up of reactions from local parents about Tyler’s public display:

The usage of Dr. Seuss in this fashion is strikingly opposite of a situation earlier this year where the publisher removed six Seuss books over allegations of racism. Illustrations on select pages throughout the different works was the reason behind the move.

Across the United States in the first year of the Biden administration, parents became activists on behalf of the well-being of their children. They actively engaged with administrative educators over the reopening of schools and mask mandates, on top of voicing concerns about so-called progressive reading materials teaching minors to think a particular way about issues of sexuality and race.

It was a controversy that climaxed at the federal level when the National Schools Board Association (momentarily) pleaded for the Department of Justice to crack down on parents who were angry.