"This isn't Oregon, we're not Washington, we're not New York or California. If you come here, if you commit violent acts against our citizens, against law enforcement officers, we're going to hold you accountable and I am proud that our office is taking the lead," Carr said. 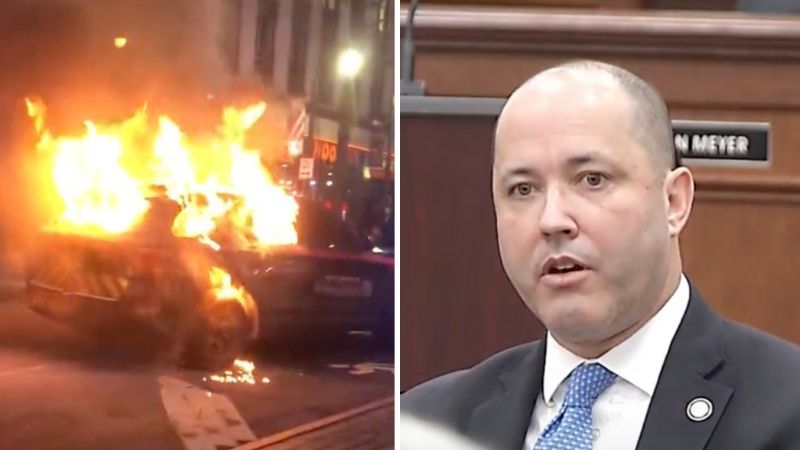 On Monday, Georgia Attorney General Chris Carr spoke with local AccessWDUN radio to denounce the Antifa riot on Saturday night in downtown Atlanta, saying he was "confident" their crimes counted as domestic terrorism.

"I am confident that the facts will show that these individuals have engaged in domestic terrorism. It provides for a serious punishment and for a longer term if convicted," Carr said.

Members of the so-called Treehouse Antifa took to the streets Saturday to scuffle with police, set a police car ablaze, and throw rocks and fireworks at the Atlanta Police Foundation. The riot came after the now-suspended Atlanta Forest Twitter account called for a "night of rage" following the fatal shooting of one of their members, 26-year-old Manuel Esteban Paez Teran. Paez Teran was killed after he shot a police officer.


"This isn't Oregon, we're not Washington, we're not New York or California. If you come here, if you commit violent acts against our citizens, against law enforcement officers, we're going to hold you accountable and I am proud that our office is taking the lead," Carr said.

"I will defend anyone's right. I firmly believe in the First Amendment and peaceful protest. I will defend it but protesters use words. Rioters use AR fifteens and handguns and throw Molotov cocktails," Carr added.

Carr expressed a similar sentiment in a January 21 tweet, calling out media outlets for calling the rioters "protestors."


As local news reports, six have been arrested since Saturday night and five of them were from out of state. Carr commented on how Antifa were coming to Georgia to commit violent crime.

"But you can't come here and do it. You're going to be held accountable," Carr said.

Carr also commented on relaxed bond standards and said, "One of the individuals arrested Saturday night was arrested a month ago by us."

"This individual was granted bond. We opposed bond and he was rearrested Saturday night. That's an issue. That's a problem. And it's unacceptable but it goes back to a larger conversation," Carr said.