Donald Trump Jr. has put up a video on Saturday clearly illustrating the stark differences between the current Biden administration and how things were under Trump. 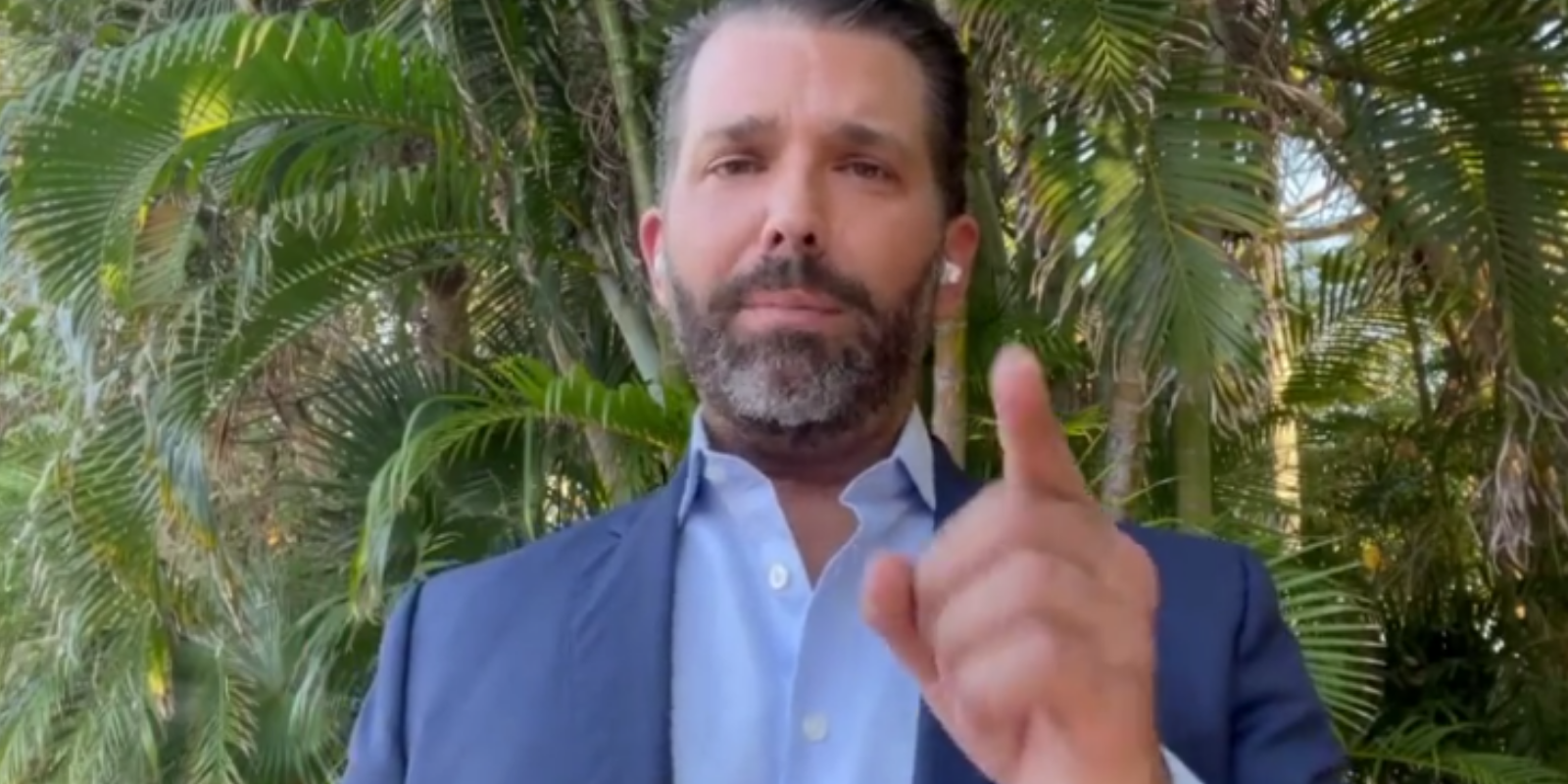 Donald Trump Jr. has put up a video on Saturday clearly illustrating the stark differences between the way the Biden administration treats illegal immigrants who cross the US-Mexico border and the way he treated National Guard troops who were stationed in Washington, DC.

Trump Jr. points out that migrants, entering the country illegally, are now getting hotel rooms, to the tune of $89 million, when the National Guard was not even provided with barracks in DC.

"Illegal immigrants coming into this country and breaking our laws get hotel rooms, paid for you by the American taxpayer, while our National Guard, guarding DC [....] sleep on a cold hard floor," Trump said.

"You, the American taxpayer, are going to pay $89 million to put illegal immigrants in hotel rooms, while our National Guard sleeps on the floor. That would never have happened under the Trump administration."

When it was revealed that National Guard troops had such poor accommodations, former President Trump offered the use of his hotels in Washington out of respect for the troops and their service.

"More importantly, there would never be this kind of influx under the Trump administration, because Trump's policies actually worked at the border. They deterred people from coming."

"You have an unprecedented number of people coming across the border. I can't even blame them. But, this was caused by a total lack of judgement in the Biden administration. By a total lack of competence. And now, you, the American taxpayer, get to pay for it, as always."

"It feels like illegal immigrants coming into this country are getting a better deal than actual Americans."

"Why would illegal immigrants coming into the country illegally be treated better than our National Guardsmen?"

"That's the inequity. That's inequity. You want to talk about inequity, that's it."

There has been a 20 year surge in illegal immigration at the US-Mexico border cause in large part by the lax border control policies enacted by the Biden administration upon coming into the White House.

The administration calls their policies "humanitarian," but does not have the facilities to properly shelter, process, or care for those who arrive across the border.