Carlson noted that the Queen "was born in one world and died in another," suggesting that the Britain she once ruled over was no more, replaced by something less grandiose and powerful. 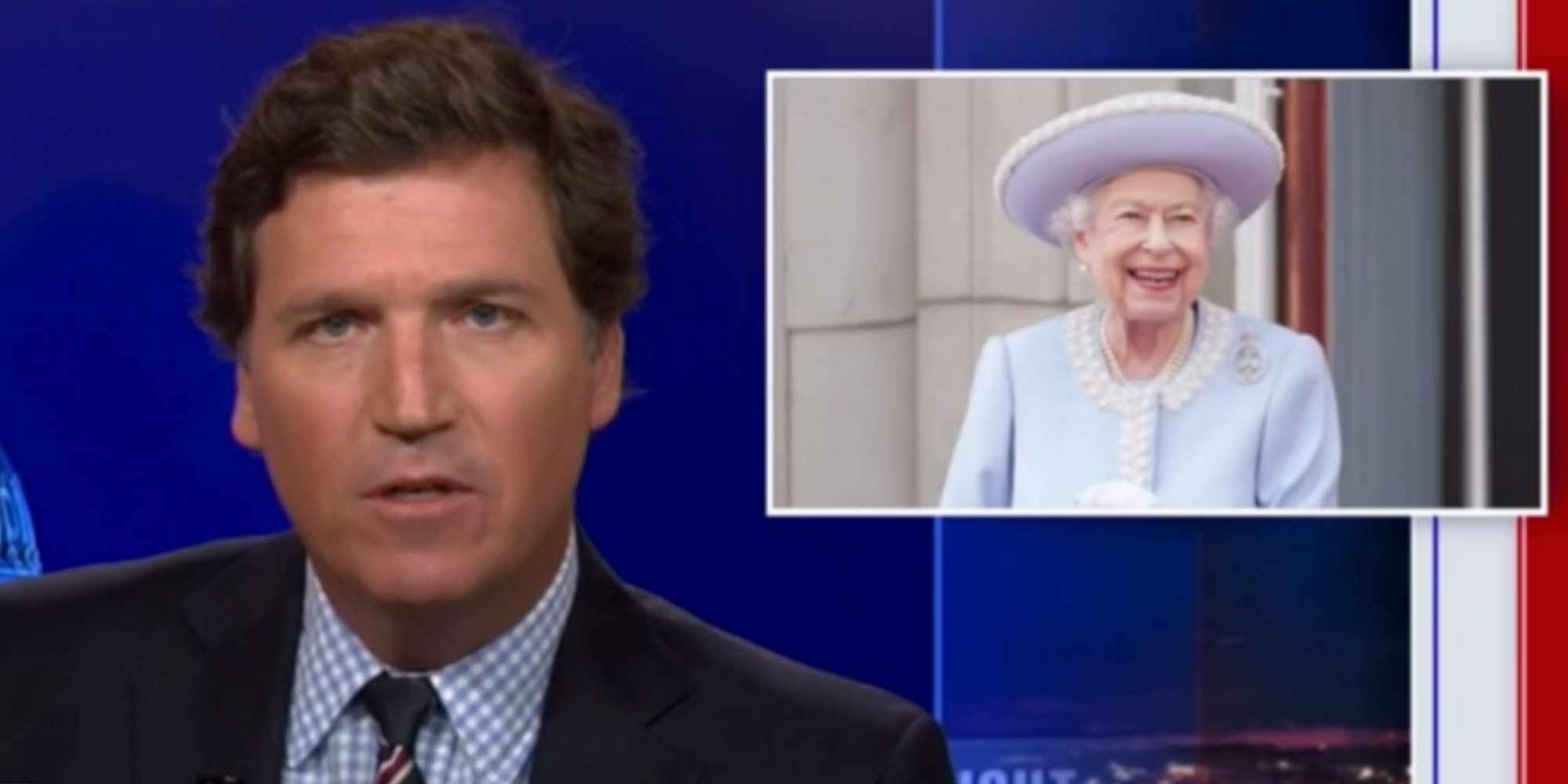 On Thursday, Queen Elizabeth II passed away surrounded by family at Balmoral in Scotland. She was ninety-six years old.

Following her death, tributes to her legacy poured in, and among those offering their take on what she meant to the UK was FOX News' Tucker Carlson.

Carlson began by noting that the Queen "was born in one world and died in another," suggesting that the Britain she once ruled over was no more, replaced by something less grandiose and powerful.

He pointed out that the week she was coronated, a British subject from New Zealand became the first man to summit Mt. Everest, calling the feat "symbolic" as it put Britain "on top of the world."

"But in fact, Britain was already over," Carlson contended, "whether the British knew it or not." He went on to suggest that despite being on the winning side of the two world wars, the conflicts had destroyed and eventually humiliated Britain.

"The empire evaporated, along with it Britain's self-confidence, and ultimately, its self-respect," Carlson continued, adding that "it's hard to believe now, but Britain wasn't always a regional banking centre / refugee camp; it was a real place, with a history and a language and a culture, and a genuinely remarkable people."

He commended Britain for being able to take over the world, despite being the size of Alabama, and said that while it "wasn't perfect," the British ruled with "decency unmatched by any empire in human history."

"Queen Elizabeth II was the last living link to a truly great Britain," Carlson added, lamenting the fact that the British empire has disappeared almost entirely.

He went on to highlight a tweet made by Cornell University professor Uju Anya, who wished the Queen "excruciating" pain in her death, calling her the "chief monarch of a thieving raping genocidal empire."

"How, for example, did Africa fare after the British left?" Carlson said in response to Anya and those who shared similar sentiments.

He pointed to the murderous dictatorship that took hold in Uganda, the decline of Rhodesia after it became Zimbabwe, and South Africa's corrupt ANC, pointing out that China has, in many ways, attempted to fill the void left by the British, and that it will have disastrous consequences for those living there.

"In an ideal world," Carlson explained, "there would not be empires ... only sovereign nations, but we don't have that world ... In the real world, the one that we live in, strong countries dominate weak countries, and that trend shows no sign of changing."

He highlighted numerous examples of how the British not only took from their colonies, but added, pointing out that they helped end the transatlantic slave trade, and provided architectural and cultural elements that still exist to this day.

Carlson concluded by decrying the tendency among the youth of today to destroy links to the past via acts such as the toppling of statues.