In response to a post on Twitter from journalist Miranda Devine, Taylor compared the alleged mass murderer to Kyle Rittenhouse and said he was trying to protect the community from "Christmas rioters." 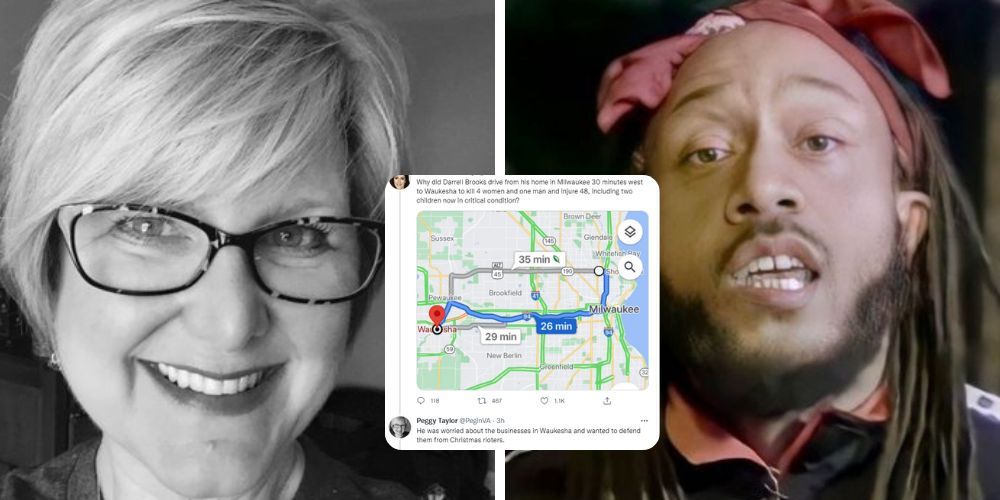 Peggy Tener Taylor, the communications and magisterial chair for the Chesterfield Democrats in Virginia, mocked the victims of the Waukesha, Wisconsin Christmas parade massacre in a tweet on Monday. She has since made her account private.

In response to a post on Twitter from journalist Miranda Devine, Taylor compared the alleged mass murderer to Kyle Rittenhouse and said he was trying to protect the community from "Christmas rioters."

"Why did Darrell Brooks drive from his home in Milwaukee 30 minutes west to Waukesha to kill 4 women and one man and injure 48, including two children now in critical condition?" Devine asked.

"He was worried about the businesses in Waukesha and wanted to defend them from Christmas rioters," Peggy Tener Taylor replied.

The suspect in the massacre Darrell Brooks Jr., a career criminal that was released on low bail days prior to the incident, is in custody after allegedly driving his SUV through a Christmas parade in Waukesha, Wisconsin late Sunday afternoon. 5 were killed and 48 were injured during the 'mass casualty incident' including children.

Taylor was not the only Democratic official to make similar comments regarding the massacre.

Mary Lemanski, who was listed as the social media director for the Democratic Party in DuPage County, Illinois, dimissed Sunday's tragedy in an online tirade and said Brooks was likely acting in self-defense.

Other sardonic replies to tweets showed Lemanski claiming that the suspect in the rampage "probably felt threatened" and that he "came to help people."

"I'm sure he didn't want to hurt anyone," she added.