"That's what he wrote, but when, like I said in my notes, in the context, there were promises that I used in the context of confirming the answer to his question," she said. 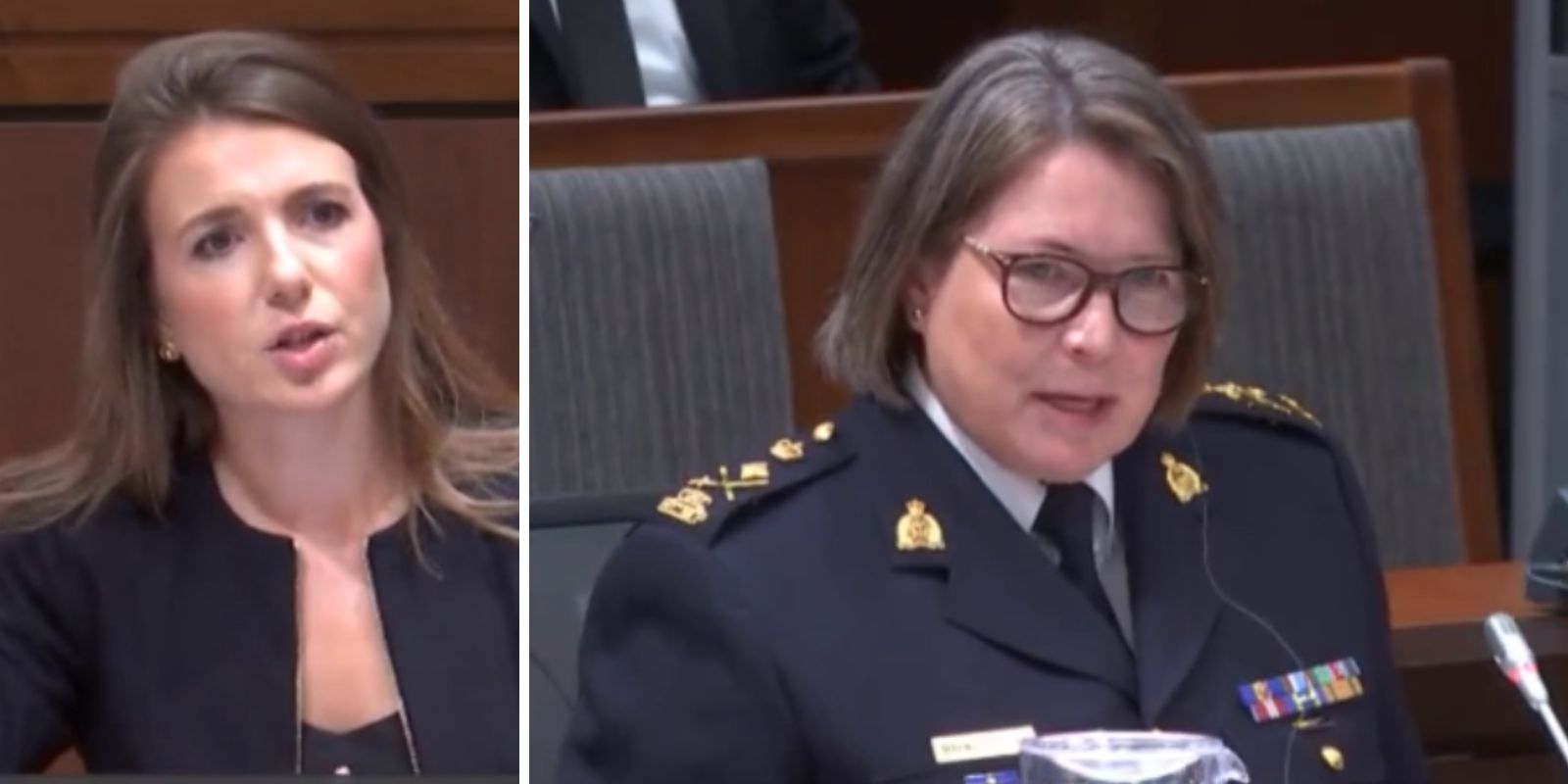 RCMP Commissioner Brenda Lucki said that the conference call between herself and other top officers had several misunderstandings, which has led to confusion on whether the Trudeau Liberals put pressure on her to release information on the Nova Scotia mass shooter's weapons.

Lucki denied on Monday that she told detectives to make the details of the weapons used public, and denied that pressure came from then-Public Safety Minister Bill Blair and Prime Minister Justin Trudeau.

Blair echoed those sentiments on Monday, when he told Conservative MP Raquel Dancho that he never put any undue pressure on Lucki: "Your office obtained assurances from Commissioner Lucki that the types of weapons used in the shooting would be released to the public at the April 28 press conference, correct?" he was asked.

"No that is incorrect," he responded. "Let me be very clear, at no time did I ask Commissioner Lucki to reveal that information." He was then stopped by Dancho, who said that Blair may be miscommunicating: "Minister, I think you're miscommunicating a bit. I'm not asking if you had asked her, I'm asking if you are aware of the commissioner's expectation that on that April 28 press conference, that that information would be released. Were you aware that that would be the commissioner's expectation?" Blair denied any wrongdoing.

Dancho then pressed Lucki, where the commissioner communicated that there was no backroom deal between the RCMP and the Trudeau Liberals, and that most of this was due to a misunderstanding on the part of Darren Campbell, who wrote the notes that brought this whole scandal to light. Lucki did say, however, that Blair asked about the weapons used at the attack, and whether they would be mentioned at the press conference: "Just to be clear that the minister asked you that the weapons used in the attack would be mentioned in the press conference?" asked Dancho.

"He was speaking of the weapons in the incident. That would mostly include the weapons seized. The weapons used were still under forensics. So it was more involved with the weapons," she said.

"Just to confirm, the minister of public safety at the time, Bill Blair, specifically asked you if weapons used at the attack would be mentioned at the press conference on April 28," Dancho asked.

"Um, yeah, I would, in the sense that any of the weapons involved in the incident. Some were seized and not used, and some were used," Lucki said.

"And you made a promise to him that that information would be released at the April 28 press conference," Dancho pressed.

"I confirmed, in fact, that it would be a part of the media event," said Lucki.

"So Darren Campbell's account of the meeting that happened, that you had called following that press conference, that meeting happened within 2 hours after, where he wrote in his notes that you made a promise to Minister Blair that information of the weapons would be released. They were accurate, is what you're saying?" asked Dancho.

"That's what he wrote, but when, like I said in my notes, in the context, there were promise that I used in the context of confirming the answer to his question," she said.

"But you used the word promise, correct?" Dancho asked.

"I don't recollect that, I may have, I'm not going to question superintendent Campbell's recollection, but it was in the context of confirming the information that was passed at me." she responded.

"You said to the RCMP officials in that infamous April 28 meetings that you promised minister Blair that the information about the weapons would be released, just in sum, correct?" Dancho pressed.

"I was referring to the confirmation of the question," Lucki responded.