Stelter is triggered by the fact that Americans trust podcasting icon Joe Rogan over "newsrooms like CNN." 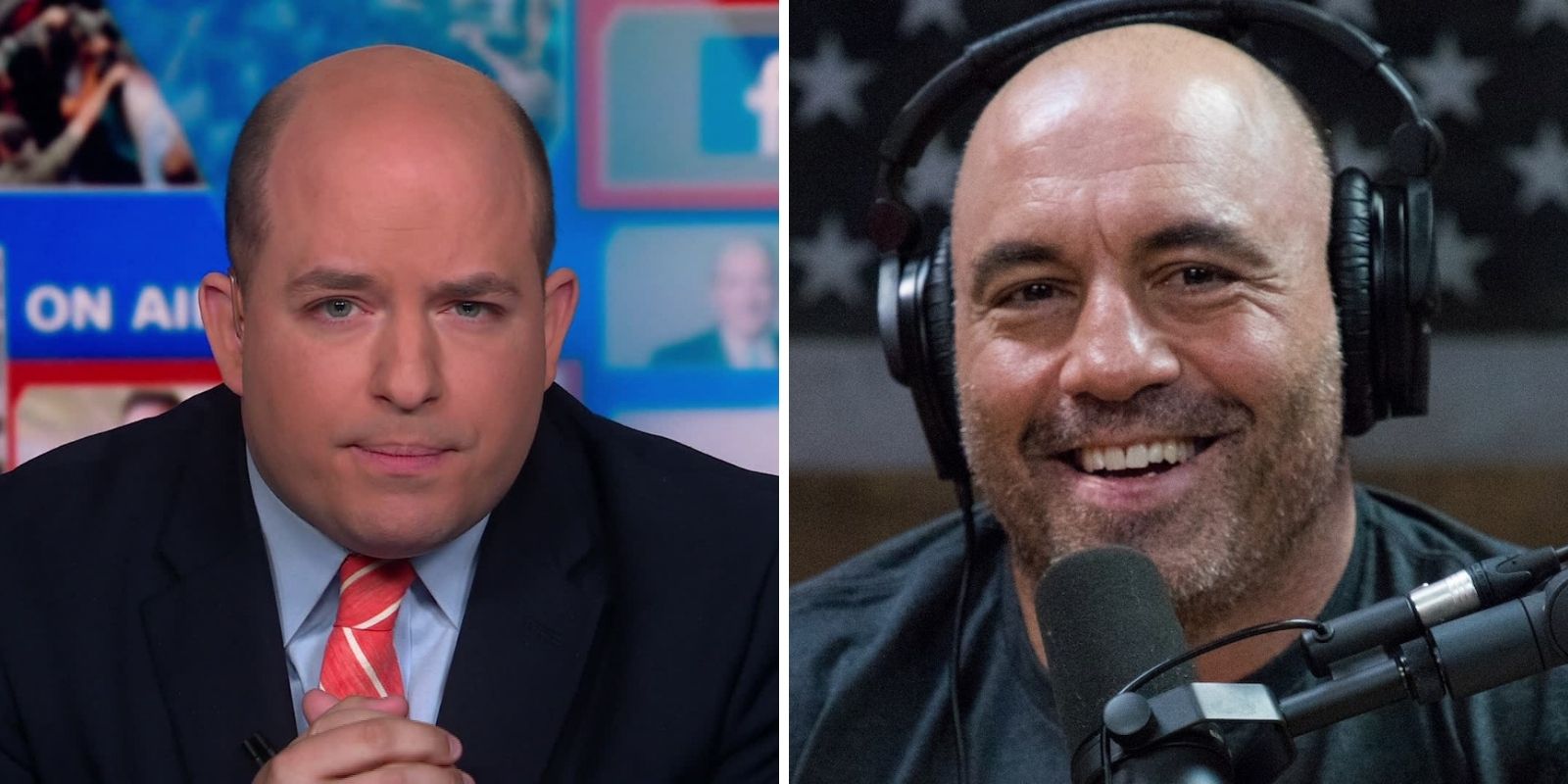 Clawing back into relevance with tone-deaf commentary on trustworthy news coverage, CNN's Brian Stelter said Monday that Americans trusting podcasting icon Joe Rogan over "newsrooms like CNN" that "work hard on verifying information on COVID-19" is "a problem that's much bigger than Spotify."

Stelter joined At This Hour host Kate Bolduan to assert that viewers can trust CNN to be an accurate news source that prioritizes facts over partisan propaganda.

Music streaming giant Spotify had responded to public pressure from the liberal mob by announcing Sunday it plans on adding a content warning to any podcast episode that discusses COVID-19 in an effort to "combat misinformation."

Stelter wondered what took the audio streaming app so long to slap "content advisories" on uploaded material: "So, basically they're doing what Twitter and Facebook and other platforms did two years ago. This is nothing original, nothing novel. They are belatedly responding to the pressure from artists and subscribers."

A clip of Rogan addressing the Spotify censorship controversy was then aired for Stelter to comment on, playing the podcaster's Instagram video published Sunday.

"My pledge to you is that I will do my best to try to balance out these more controversial viewpoints with other people's perspectives so we can maybe find a better point of view. I don't want to just show the contrary opinion to what the narrative is. I want to show all kinds of opinions," Rogan said in the footage.

Stelter said the practice "sounds great but not all opinions are created equal."

CNN's self-proclaimed "chief media correspondent" went on to tout major newsrooms such as CNN that "work hard on verifying information on COVID-19."

"And then you have talk show stars like Joe Rogan who just wing it, who make it up as they go along. And because speakers like Rogan are trusted by people that don't trust real newsrooms, we have a tension, a problem that's much bigger than Spotify, much bigger than any single platform, Kate," Stelter told Bolduan on-air, adding in the rant: "But that's — it is the heart of this right now."

The anchor of "Reliable Sources" attempting to undermine Rogan's credibility spotlights legacy media pouncing at the chance to monopolize the media landscape.

It's not just a David vs. Goliath situation. The notorious CNN personality has attacked its greatest industry adversary. Stelter, whose show lost in ratings to reruns of The Golden Girls, SpongeBob SquarePants, Peppa Pig, and Paw Patrol, has said that Fox News, which has significantly more viewership than CNN can conjure in recent months, doesn't belong in the White House briefing room.

"There's an alternate universe on some coverage..." Psaki said on a recent Pod Save America taping, referring to Fox News coverage that criticizes the Biden administration's progressive approach to the skyrocketing crime rate.

"What's scary about it is a lot of people watch that," Psaki laughed, drawing sharp criticism from the nation's largest police union and pundits who cited the shooting deaths of two NYPD officers by a career criminal who was out on probation.