"From coast to coast the truckers drove through the snow and their small fringe numbers continued to grow. Then one day a trucker appeared in the town, with thousands behind them from miles around," one passage reads. 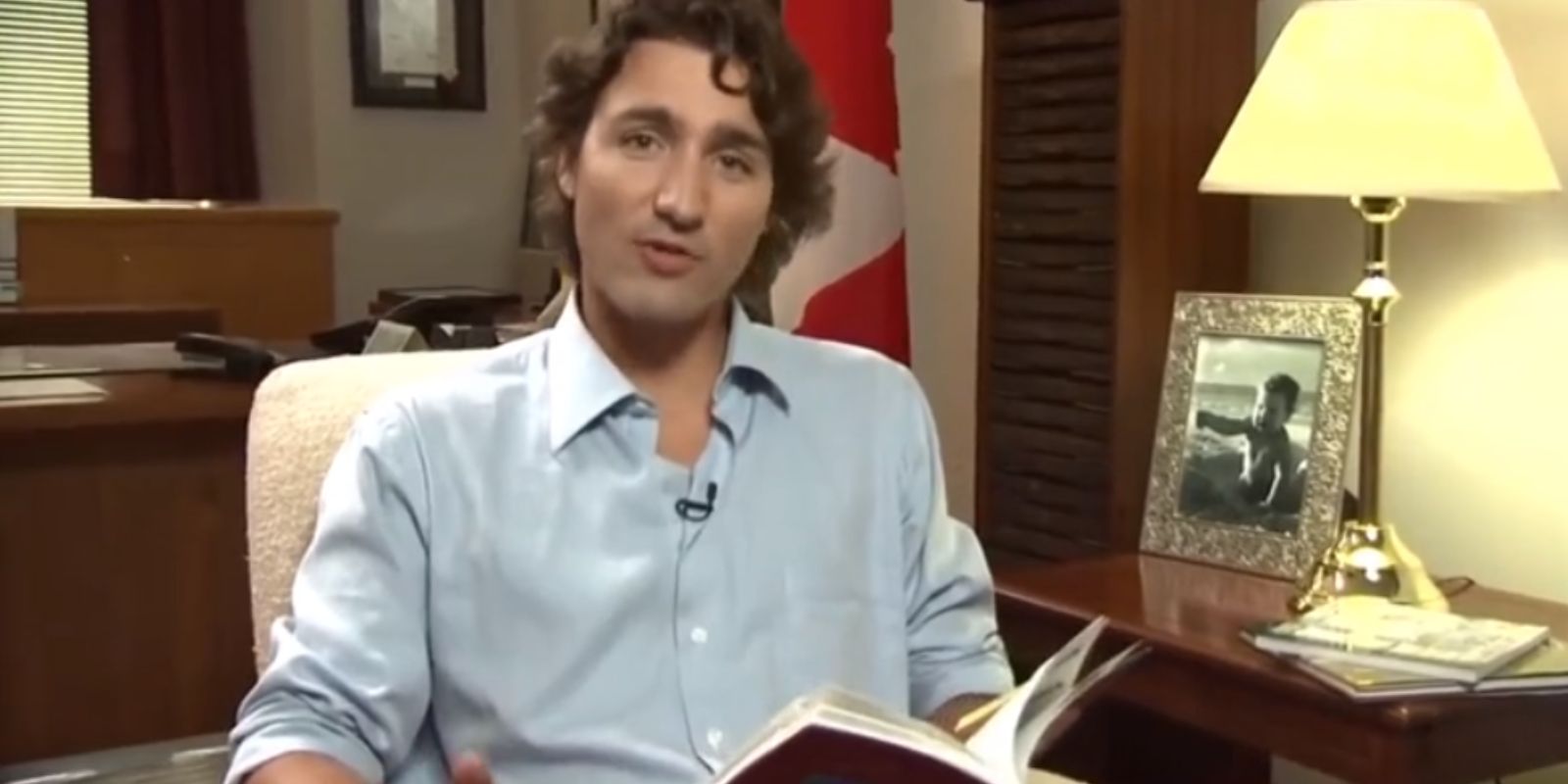 The video, created by AlexWoodsZ, shows Trudeau reading the book in a video that is obviously edited to the trained eye, but with a voice that sounds exactly like the prime minister's.

The book, illustrated by Kaepe Knipe and written by Derek Smith, is modelled the book around the Dr. Seuss Christmas classic, "How the Grinch Stole Christmas," and follows a the prime minister character in his battle against freedom protestors who descend upon the capital city. The book was released shortly after the Freedom Convoy protests that paralyzed much of Ottawa's downtown core for most of February.

The prime minister in the book, a politician who resembles Canadian Liberal Party boss Justin Trudeau, is shown to be a stupid man with a brain "three sizes too small" who aims to steam the freedoms of protestors.

"From coast to coast the truckers drove through the snow and their small fringe numbers continued to grow. Then one day a trucker appeared in the town, with thousands behind them from miles around," one passage reads.

Smith spoke to Maverick Media about the book and said that while he figured that the book would do well, he did not expect it to be the top-selling book on Amazon Canada.

He said that while he thought it was important to not talk politics around his children, that it was the Freedom Convoy and the anti-mandate protests that made him "heartbroken."

Smith said that he tried to write the book without malice and that he would not necessarily recommend reading it to children.

The book also does not mention Trudeau by name due to what the National Post says could be for legal reasons, with the book containing a lengthy disclaimer on its first page that says that the views and opinions expressed in this book are those of the characters only and do not necessarily reflect or represent the views and opinions held by individuals on which these characters are based."

The actual contents of the book, however, are not so subtle, with the titular prime ministerial figure using words like "peoplekind," drinking "drink-box water bottle sorta things," and being shown in blackface. He also has a framed photo of Winnie the Pooh, which is a clear reference to China’s Xi Jinping, who banned the cartoon bear from the country’s internet due to its comparable looks with the dictator. It’s also a clear reference to Trudeau’s infamous quote wherein he said he admired China for its "basic dictatorship."