Poilievre blamed the carbon tax "that's increased the cost for farmers and truckers to produce and deliver the food that we eat." 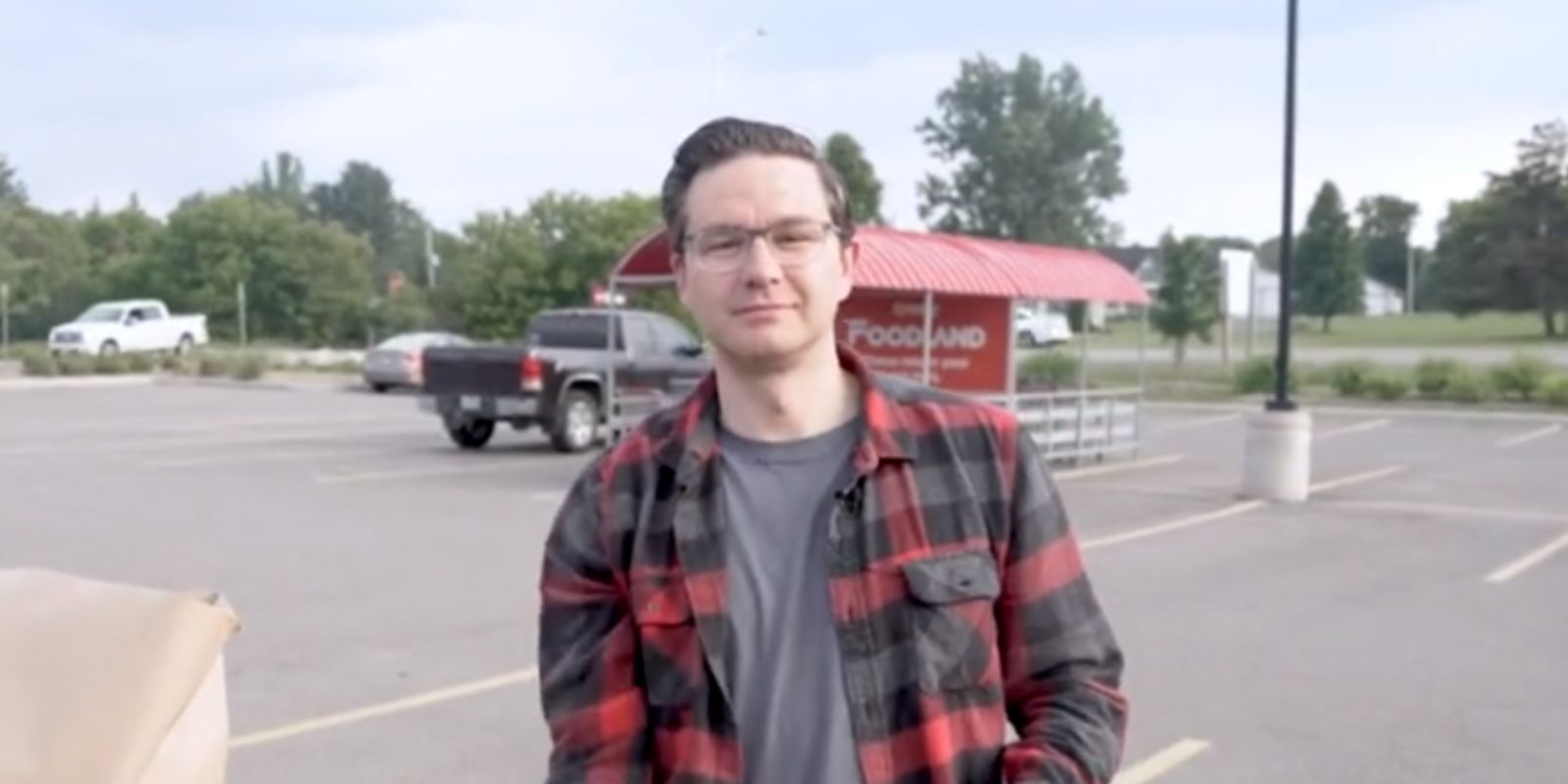 Conservative leadership frontrunner Pierre Poilievre broke down Prime Minister Justin Trudeau's inflation in a video released across his social media on Tuesday. The video features Poilievre visiting his local grocery store to see just how high the price of food has gotten in the past year.

"Justinflation has struck again, we have the new inflation numbers up," said Poilievre. "They're at a 40-year high, almost 8 percent. Worst amongst the offending products is food. Up, up and away," said Poilievre, walking into his local grocery store.

"What can my bag of groceries tell you about Justinflation? Numbers out today, 10 percent increase in food prices. Let's go through the items and how much they've risen, one by one.

Poilievre then showed a number of groceries and the price that they had gone up, including

"10 percent food price inflation in one year alone. Why?" he asked. Poilievre blamed the carbon tax "that's increased the cost for farmers and truckers to produce and deliver the food that we eat."

"The government gate keepers are driving up the cost of farmers to produce our food, and farmers to deliver it. Including the vaccine mandates, which means we have fewer truckers to deliver our food."

So what's the solution? Poilievre proposes:

Poilievre announced his plan last week to cap spending with aims to make government more affordable with a "Pay-As-You-Go Law" that will make it so that the government find a dollar of savings for every dollar of new spending measures.

The Poilievre Pay-As-You-Go Act "would cap spending by requiring the government to find money for new measures within existing budgets, rather than increasing the debt and taxes. In order to introduce a new dollar of spending measures, the government would first need to find a matching dollar of savings. The law would exempt funding for national emergencies like wars, pandemics and natural disasters and spending increases that were previously budgeted (such as the annual growth in health transfers or military budgets) would not be impacted. However, new spending measures not previously budgeted would require matching savings," a statement from Poilievre says.

"The US Congress imposed a Pay-As-You-Go Law on the deficit-prone United States Federal Government in 1990. It remained in place throughout the Clinton administration. Within a few years of its introduction, the deficit was gone and America had its first balanced budget since 1969. The US government would then pay off $401.5 billion of debt (in nominal dollars) from 1998-2001 with the help of Pay-As-You-Go. The law expired under George W. Bush in 2002 and the US government immediately returned to deficit," the statement reads.

Poilievre continued in the video: "Let's get rid of the government gatekeepers that are burdening our hard working farmers so they can produce affordable, safe food for all of us, and get rid of all these mandates so our truckers can more affordably deliver that food to our local grocers. That's just common sense."