WATCH: CRT whistleblower reveals she was instructed to treat school children differently based on race 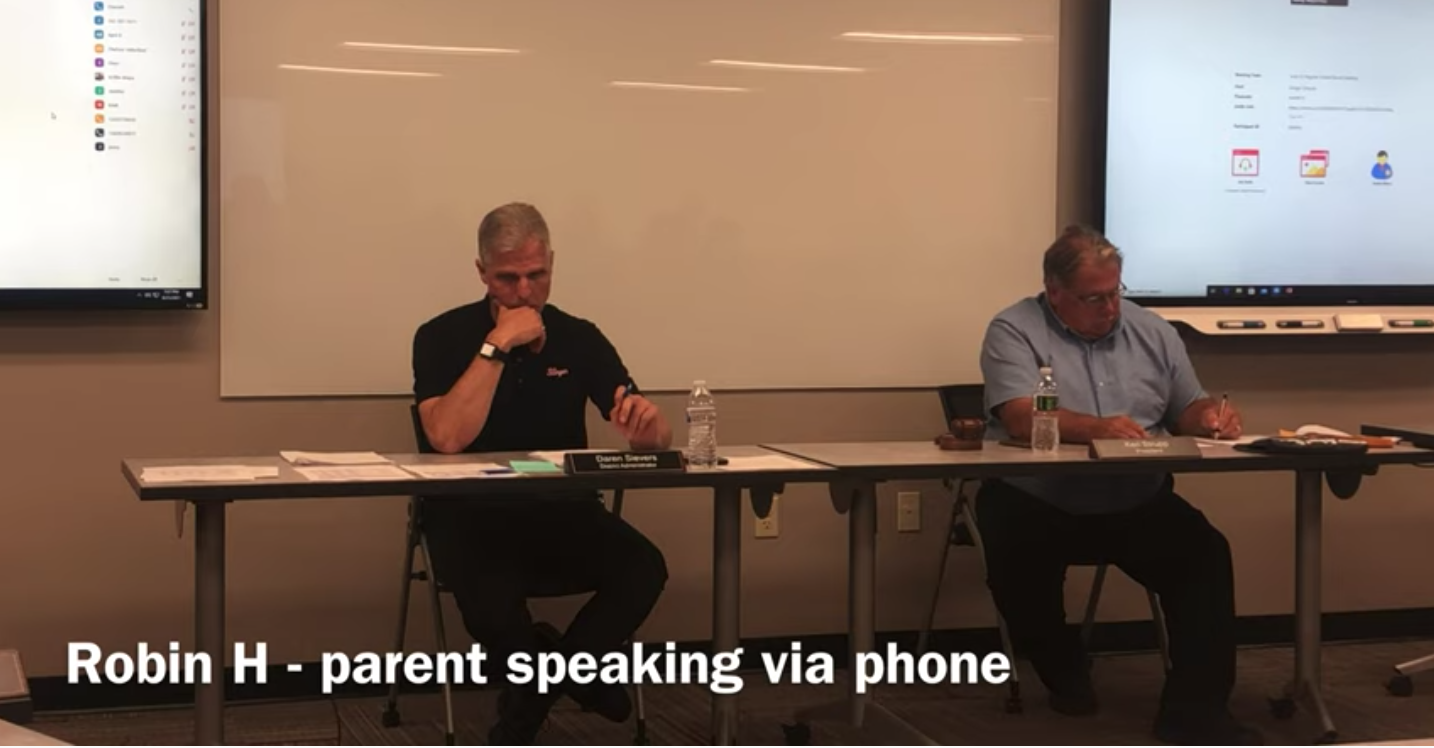 A mother logged on to the Slinger School District School Board meeting, in Slinger, Wisc., to express her concerns about the teaching of tenets of critical race theory in her child's school. At the meeting assistant administrator Jim Curler expressed that if concerned, parents should simply speak to teachers about the lessons that are cause for worry.

"I was one of those parents that did sign up to help in the classroom and I was shocked," the mom, identified as Robin, told the board. As part of her volunteering, she went through this training. "I have screenshots, I have information that I can share with you, but the staffing agency that the Slinger uses to staff subs, and things like that. The members are required to take online courses and pass those online courses."

"It seems very harmless," she said, "only about an hour or less long. But you have to go through, and you are taught to treat individuals differently in the classroom by the color of their skin. You are taught, and told, that if you go into the classroom that you are applying to go into, that if you go into it colorblind, quote unquote colorblind, that you are racist."

"That is in the online courses that you are required to take and pass to be a substitute teacher in the classrooms currently at Slinger, in the Slinger school system," she said. "You are told and taught that if you have any kind of views that are colorblind that is racist and if you treat children the same that you are racist and that you are not treating them well and that they should have different consequences for the same action based on the color of their skin."

Robin also spoke about the social emotional learning curriculum, as well, which embraces not only critical race theory but critical gender theory. This curriculum brings in lessons on gender fluidity, transgender ideology, and other topics that many parents would find disturbing and inappropriate.

She wasn't the only parent that had concerns about the ideology that is currently being backed by the Biden administration, as well as by the nation's largest teachers union.

Another parent spoke up saying that an audit of the curriculum was necessary, and that parents were expressing more concerns than could reasonably be addressed in the manner Curler proposed. Parent Bill Brewer said that he was surprised to find that substitute teachers were bringing the ideas behind critical race theory into classrooms during the pandemic.

"I can't say that we should just allow ourselves to assume, because it's so pervasive. This isn't a 2021 thing, this has been happening for years. And it's just reaching us because, culturally, we're not California, we're not New York, it takes a while for things to get to us in sleepy little Slinger," Brewer said.

"But we can't just assume that it's not there," he went on, "and we need an audit. And we especially need to know where our teachers are getting fed, especially by the state, and other contractors, because those ideologies, whether they are showing up in a text book or not, will find their way into the learning environment." He said it will "creep in" even if it's not on a lesson plan, and that parents need to know what's going on.