WATCH: White House says the 'MAGA agenda' is 'one of the most extreme agendas that we have seen'

Her comments come after Joe Biden has called Trump supporters 'semi-fascist' and said ultra-MAGA Americans are the "most extreme" group in recent US history. 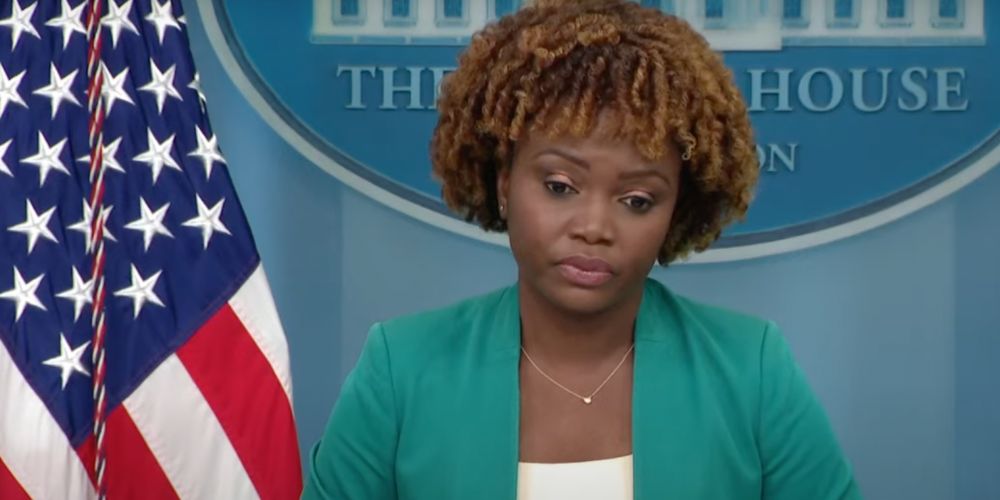 During a press briefing on Thursday, White House Press Secretary Karine Jean-Pierre said that President Joe Biden intends to speak to the public in a primetime address and have a "conversation" where he explains "what is at stake at the moment," with Jean-Pierre calling the MAGA agenda "one of the most extreme agendas that we have seen."

"You know, when you asked me about the MAGA agenda, especially as it relates to Congress as it relates to elected officials, it is one of the most extreme agendas that we have seen," Jean-Pierre said. "And it is an extreme part of the Republican Party."

As Fox News reports, Biden's Thursday evening remarks are planned to be about the "battle for the soul of the nation," but are expected to portray his political opposition as threats to democracy and claim that half of the US population are extremists who must be defeated in the upcoming midterms.

During the Biden administration, Democrats have been categorizing any viewpoint that does not conform to their ideology as a "threat to democracy." This has extended all the way to parents groups such as the "Moms for Liberty" who have been fighting radical gender ideology in schools.

At the same time the January 6 Committee has squeezed every bit of political cache from that day in an effort to align Trump supporters who stormed the capital with Conservatives writ large.

All the while, Biden's Department of Justice raided former President Donald Trump's Mar-A-Lago estate under dubious circumstances in what Trump has called a politically motivated event to stifle future opposition.

A week prior to Biden's "battle for the soul of the nation" speech he proclaimed that conservatives and Trump supporters are "semi-fascist" while speaking to Democrats in Pennsylvania. Jean-Pierre then defended the comments and said "We have seen MAGA republicans take away our rights, make threats of violence."

Her comments come after multiple threats of violence on notable Conservative figures. Supreme Court Justice Brett Kavanaugh saw an assassination attempt on his life in June and Congresswoman Marjorie Taylor Greene had multiple swatting incidents at her home in August in another apparent assassination attempt.

On Tuesday, Biden falsely accused Trump supporters of "killing several police officers" on January 6, a day that saw the deaths of only civilians like Ashli Babbitt, who was shot and killed by Capitol police.

In that same speech he attacked defenders of the Second Amendment and said, "For those brave right-wing Americans who say it's all about keeping Americans independent and safe. If you want to fight against a country you need an F-15. You need something a little more than a gun."

At the Thursday presser Jean-Pierre said the extreme Republicans also "want to give tax cuts to billionaires and corporations. while raising taxes on middle class Americans."

It took the Biden administration 6 months of research to come up with the 'ultra MAGA' slogan which has been used ad infinitum to castigate his political opposition.

For months he's referred to MAGA and ultra-MAGA Americans as the "most extreme" group in recent American history.