"Underfunding of some police departments and their need for additional resources, something the President has advocated for consistently through the course of his career," Psaki said. 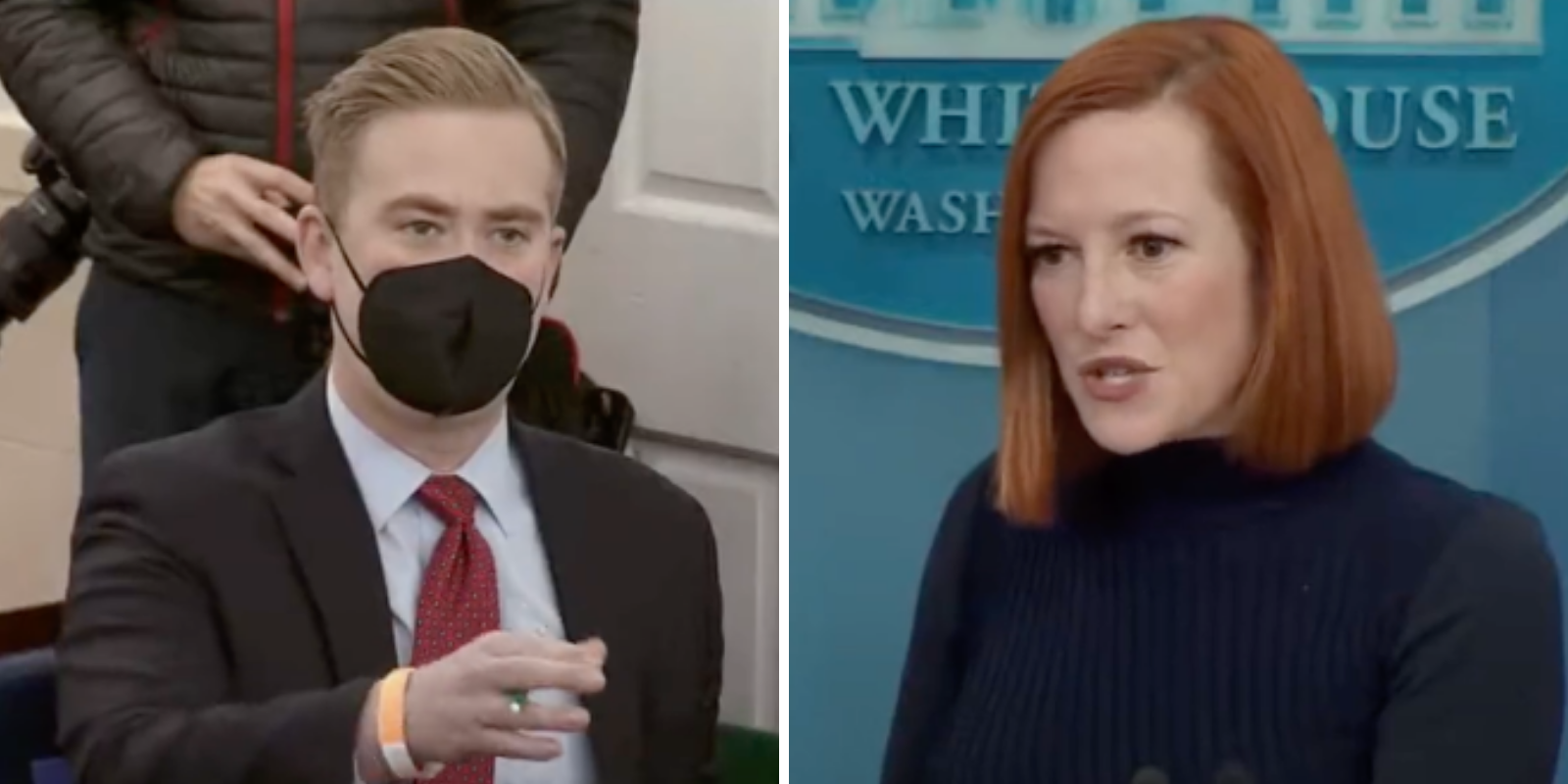 During a press briefing on Monday, White House Press Secretary Jen Psaki was asked about the drastic increase in crime in American cities over the past year, and specifically the gunning down of police officers that was seen in New York City and Washington, DC.

In response, Psaki admitted that the crime increase could be due to underfunded police departments, in addition to other factors. It was in the wake of George Floyd's death in police custody on May 25, 2020, that calls from the progressive left to defund police departments were heeded in many US cities.

"Would you agree that the most important job for any president is to keep Americans safe?" Psaki was asked by Fox News' Peter Doocy.

"I would agree," Psaki said. President Biden has said repeatedly that his top priority is to keep Americans safe.

"So you say that the President's never satisfied if people don't feel safe. Does he know that after a year in office, people do not feel safe in this country?" Doocy asked.

"Peter, I think we look at the facts here we've seen a surge of crime over the last two years. Would you agree with that?" Psaki responded.

"So what are you attributing the rising crime to then?" Doocy asked.

"Well, I think we should be responsible in how we're reporting to the public what the roles are, what the reasons for the surge in crime. Gun violence is a huge reason for the surge in crime. Underfunding of some police departments and their need for additional resources, something the President has advocated for consistently through the course of his career, that's something we know we need to take action on," Psaki said.

"And it is absolutely true that he will not be satisfied or complacent when officers are being gunned down or when Americans have to worry about whether they can safely ride the subway or bus. That should not be a political issue," she said.

"He's somebody who has had a long career, many decades of fighting for funding for police departments for local communities in order to reduce crime," Psaki said.

"And he has spoken to crime," Psaki said. "But I think what people are most focused on as they should be, are what actions he has taken."

Psaki dove into the numbers. "He has unveiled a strategy to focus federal law enforcement resources on combating violent crime, offered unprecedented levels of funding through the Rescue Plan for cities and states to put more cops on the beat and invest in proven community anti-violence programs, something every Republican voted against."

"The Department of Justice has announced $139 million in grants to cities for community policing, which will put 1,000 more officers on the street. He's also proposed doubling those grants. He's called for an additional $750 million for federal law enforcement," she said.

"He's announced a zero tolerance policy for gun dealers who willfully sell illegal guns, and we've launched gun trafficking strike forces in New York and cities across the country. Actions are important here and he has a long record of them," Psaki said.

"Does the President think any of that is working?" Doocy asked.

"The president thinks you should have a plan to address crime and gun violence. He has one, and we look forward to working with people who support that effort," she said.

"But as the murder rate nears a 25 year high," Doocy pressed, "Would he consider maybe trying something different?

Psaki pivoted to blaming former President Trump. "Trying something other than supporting a massive plus-up of in funding from his predecessor, cracking down on gun trafficking and gun violence, which is a major driver of the violence we've seen across the country? Working to support community policing programs and police departments across the country? I think most people who want to fight crime would agree that's the right approach." Psaki refused to take further follow-ups from Doocy.