"Presumably, you wrote the memo because of the letter. The letter is disavowed now. So you're going to keep your memo going anyway, right?" asked Ranking Member Senator Chuck Grassley. 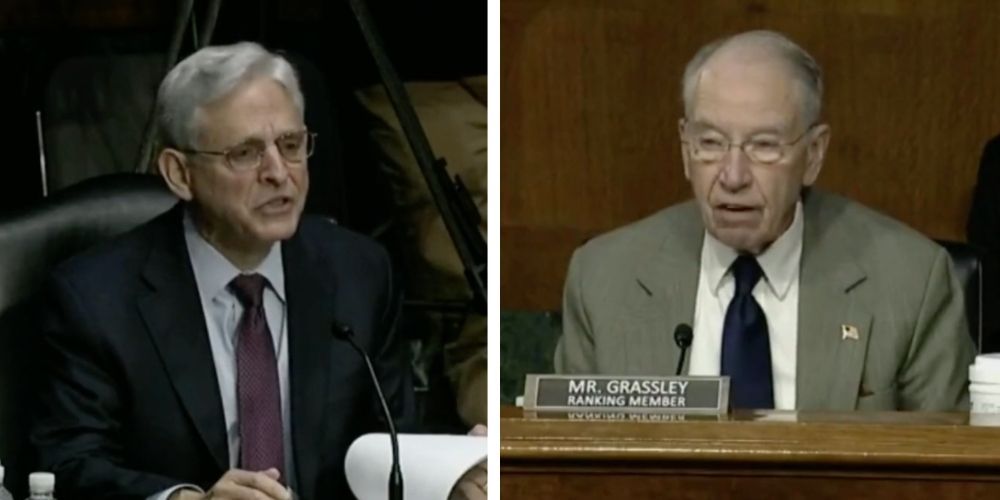 During a Senate Judiciary Committee hearing on Wednesday, US Attorney General Merrick Garland stated that he stands by his response to investigate the issues laid forth by the National School Board Association in a letter to President Biden earlier this month, despite a recent apology from the organization about the letter.

"Presumably, you wrote the memo because of the letter. The letter is disavowed now. So you're going to keep your memo going anyway, right? Is that what you’re telling me?" asked Ranking Member Senator Chuck Grassley.

"Senator, I have the letter from NSBA that you're referring to. It apologizes for language in the letter, but it continues its concern about the safety of school officials and school staff," responded Garland.

Last week, the NSBA issued a statement apologizing for their letter to President Joe Biden after receiving pushback from numerous organizations across the country. The letter in question urged Biden to get the Department of Justice to investigate threats of violence against school board members.

The letter from the NSBA cites incidents of concerned parents speaking out at school board meetings, writing: "As these acts of malice, violence, and threats against public school officials have increased, the classification of these heinous actions could be the equivalent to a form of domestic terrorism and hate crimes."

It was in response to this letter that Garland wrote: "The Justice Department will launch a series of additional efforts in the coming days designed to address the rise in criminal conduct directed toward school personnel."

"We regret and apologize for the letter," the NSBA wrote to its members. "To be clear, the safety of school board members, other public school officials and educators, and students is our top priority, and there remains important work to be done on the issue."

"There was no justification for some of the language included in the letter. We should have had a better process in place to allow for consultation on a communication of this significance. We apologize also for the stress this situation has caused you and your organizations," the letter added.