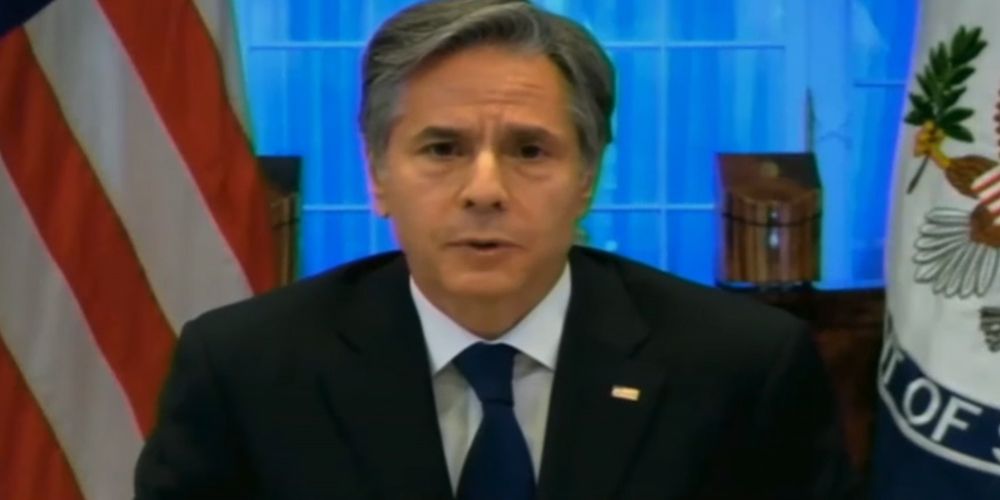 On Monday, Secretary of State Antony Blinken brought himself before a House committee this afternoon to answer questions over last month’s pullout of Afghanistan.

In two separate instances we’re supposed to both believe Blinken’s acknowledgement of the Biden Ghani phone call, but also dispute the veracity of the dissent cable sent by Kabul embassy staff around the same time.

In it Blinken faces questions over the tally of how many Afghans met SIV status in the first place. On that same note he’s unclear about how many Americans still want to escape the country overrun by Taliban forces.

As it stands it still looks like the USA is at the mercy of the Taliban when it comes to trying to leave.

Rep. Christopher Smith of New Jersey wanted to ask about the July 23rd phone call leaked to Reuters in which Biden told former Afghan President Ghani to twist the public perception as if his forces had the upper hand against the Taliban.

“I’m not going to comment on leaked transcripts of phone calls,” Blinken says in response. But then the Secretary of State alleges that what was said in that conversation was what Biden touted about publicly.

He says the issue wasn’t the capacity of the former Afghan government to maintain their position, but the willpower to do so.

To that end we turn to the next clip about the dissent cable. As in, the question over what Blinken did with the warning from people on the ground that a Taliban takeover was likely.

“To my knowledge, Congressman, no one predicted the unraveling umm before our forces uhhh and uh and embassy left uhhhhh Afghanistan on August 31st. The chairman of the joint chiefs uhhh General Milley has said ‘nothing I or anyone else saw, indicated a collapse of the government and its security forces in eleven days.’ The Director of National Intelligence has said in the days leading up to the Taliban takeover, intelligence agencies did not say collapse was imminent. This unfolded more quickly than we anticipated, including in the intelligence community. And there are a number of other, uh, conclusory statements of that kind, that, that I can share with you.”

Secretary of State Blinken was diplomatic in describing the dissent cable from the Kabul Embassy in terms of the Biden administration’s agenda.

“With regard to the so-called dissent channel - cable, it’s something I’m immensely proud of, it’s a tradition that we have, and you’re right… I read every such cable, I respond to it, I factor it into my own thinking and actions. And that uh, that cable did not predict the collapse of the government or security forces, before our departure. It was very focused (and rightly focused!) on the work we were doing to try to get Afghans at risk, out of the country. And, and pressing to speed up that effort. As it happens, a number of the things that were suggested in that important cable, were things that we were in the process of doing. The very next day (I think the cable came in on the thirteenth of July) the fourteenth, we launched Operation Allies Refuge.”

As a reminder, Antony Blinken is in charge of background checks for Afghan refugees as well as getting Americans out of the country.