BREAKING: Trump intends to file lawsuit against CNN for defamation

In accordance with Florida Statues, the letter states that CNN must "publish a full and fair correction, apology, or retraction"... within 10 days face lawsuits or damages being brought against the outlet. 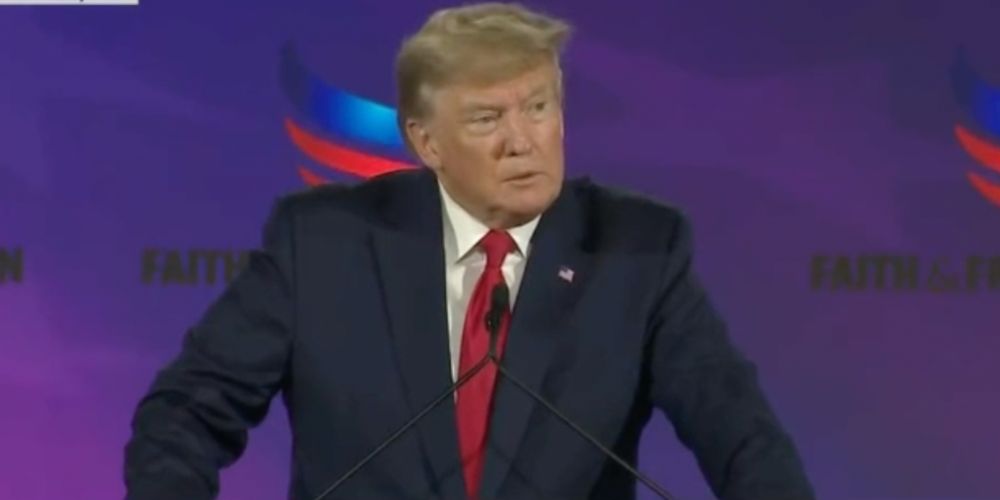 On Wednesday, former President Donald Trump issued a statement declaring that he intends to file a defamation lawsuit against CNN, and take action against other media outlets who have "defamed me and defrauded the public" regarding the 20202 election.

"I have notified CNN of my intent to file a lawsuit over their repeated defamatory statements against me," the statement from Trump read.

"I will also be commencing actions against other media outlets who have defamed me and defrauded the public regarded the overwhelming evidence of fraud throughout the 20202 Election. I will never stop fighting for the truth and for the future of our Country!" Trump’s statement continued.

In the letter that was sent to CNN Chief Executive Officer Chris Licht and CNN Executive Vice President and General Counsel David Vigilante by attorney James M. Trusty of Ifrah Law, it states that the letter serves as a "formal notice of false statements about Donald J. Trump ('President Trump') in numerous articles and televised transmissions published by Cable News Network, Inc. ('CNN')."

In accordance with Florida Statues, the letter states that CNN must "publish a full and fair correction, apology, or retraction, in the same editions or corresponding issues of the website publication in which the aforementioned articles, transcripts, or broadcasts appeared and in as conspicuous a place and type as said original article, transcript or broadcast" within 10 days of receiving the letter or face lawsuits or damages being brought against the outlet.

In regards to "the big lie" phrase used frequently amongst CNN reporters and figures, the letter states that the phrase has been used around 7,7000 times during broadcasted shows and repeats of said programs.

"These defamatory comments have continued even after the new CEO of CNN apparently urged production teams to stop," the letter states.

New CNN CEO Chris Licht urged employees back in June to stop using the slogan "the big lie" when discussing Trump's claims about the 2020 election, saying they should instead use "election lie" or "Trump's election lie."

Trusty demands in the letter that CNN "immediately take down the false and defamatory publications," "immediately issue a full and fair retraction of the statements identified herein in as conspicuous a manner as they were originally published," and "immediately cease and desist from its continued use of “Big Lie” and “lying” when describing President Trump’s subjective belief regarding the integrity of the 2020 election."

The attorney also states that the letter saves as notice that anyone working for the outlet will be prohibited from destroying any such evidence that relate to accusations against Trump.

The 282-page letter includes 34 examples of publications that should be corrected, which includes CNN articles, and transcriptions of broadcasts.

Included in these examples is an article regarding Cassidy Hutchinson’s testimony in front of the January 6 subcommittee, with the article referencing Trump’s "lie" regarding the election; one analysis done by CNN editor-at-large Chris Cillizza which states "Trump’s election lie" in the title; as well as a transcript from a State of the Union episode which aired in January, where host Jake Tapper noted that while Martin Luther King III was rallying for voting rights, "Donald Trump was, the same day, in the same state, doing the exact opposite, continuing to push his big lie."