"President Biden and Democratic Party elites have pushed us to the precipice of nuclear war," she said, "risking starting World War Three and destroying the world as we know it." 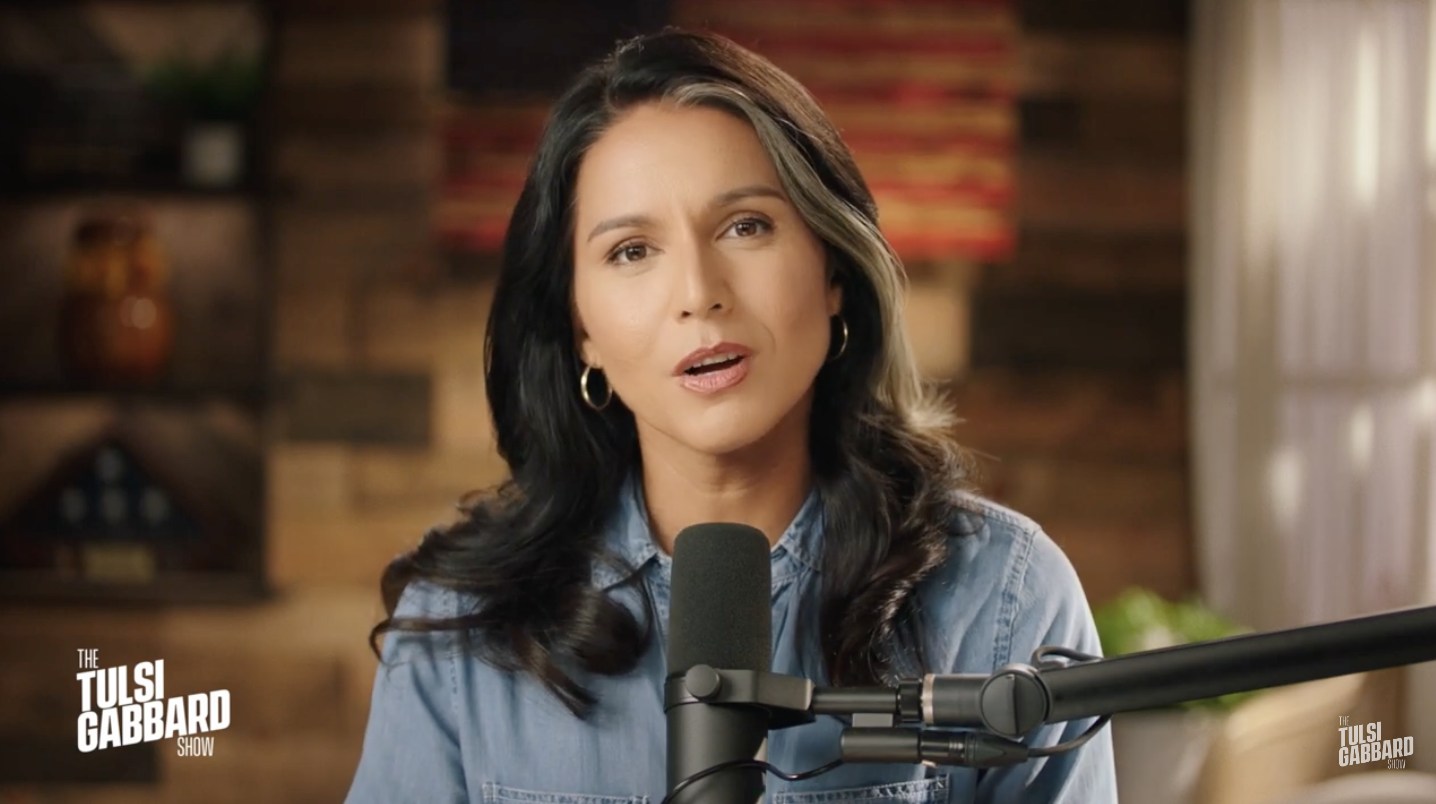 Tulsi Gababrd, former Democrat Congresswoman from Hawaii and former candidate for the Democratic nomination for president in 2020, announced on Monday morning that she is leaving that party. Gabbard cited elitism, a penchant for war, a hostility toward people of faith, and the racialization of "every issue" as reasons that she is walking away, and she urged other Americans to do so as well.

"I can no longer remain in today's Democratic Party that's under the complete control of an elitist cabal of war mongers who are driven by cowardly wokeness, who divide us by racializing every issue and stoking anti-white racism, who actively worked to undermine our God given freedoms that are enshrined in our Constitution, who are hostile to people of faith and spirituality, demonize the police will protect criminals at the expense of law abiding Americans who believe in open borders, who weaponize the national security state to go after their political opponents. And above all, were dragging us ever closer to NUCLEAR WAR," Gabbard said.

She made the announcement on the first episode of her new series, The Tulsi Gabbard Show. Gabbard has been an outspoken critic of the Biden administration and their policies, and that comes from a place of dissapointment. She noted that Biden ran on a platform of unity, but instead of working toward that goal, he has demonized half the country and uses the government to target his political opponents.

Gabbard's concerns with the party she has been with since she first ran for state legislative office in Hawaii were many. She took issue with the Democrat's disregard for second amendment rights, for American's right to religion, and their irresponsible push toward nuclear war with Russia. She said the Democrats are erasing women by pushing their policies that males who say they are women really are women, and encouraging parents to "affirm" a child's gender identity, even to the point of sterilizing drugs and surgeries.

"President Biden and Democratic Party elites have pushed us to the precipice of nuclear war," she said, "risking starting World War Three and destroying the world as we know it. This is the most urgent existential threat that we face. I ran for President in 2020. Because I knew that this is where we were headed. All the signs were there. I raised this issue every single day during the I can no longer run on the National Democratic those of you who may have come to a town hall and watching I'm sure you noticed, but the politicians and the media completely ignored it. They didn't care then. And they don't care now."

Gabbard has crticized Vice President Kamala Harris as a hypocrite for her drug policies when she was attorney general of California. She said the Biden administration engages in "child abuse" when they push for medicalized gender transition of children, she slammed Biden for making "diversity hires" and nominations, and she decried the administration's Disinformation Governance Board, which was intended to dispell what they termed online "misinformation."