Prominent conservative and high-profile Parler investor Dan Bongino was locked out of his Twitter account for 12 hours after he posted President Donald Trump's call to end violence in the Capitol speech. This is the final straw for Bongino to leave the left-aligned platform for Parler permanently. 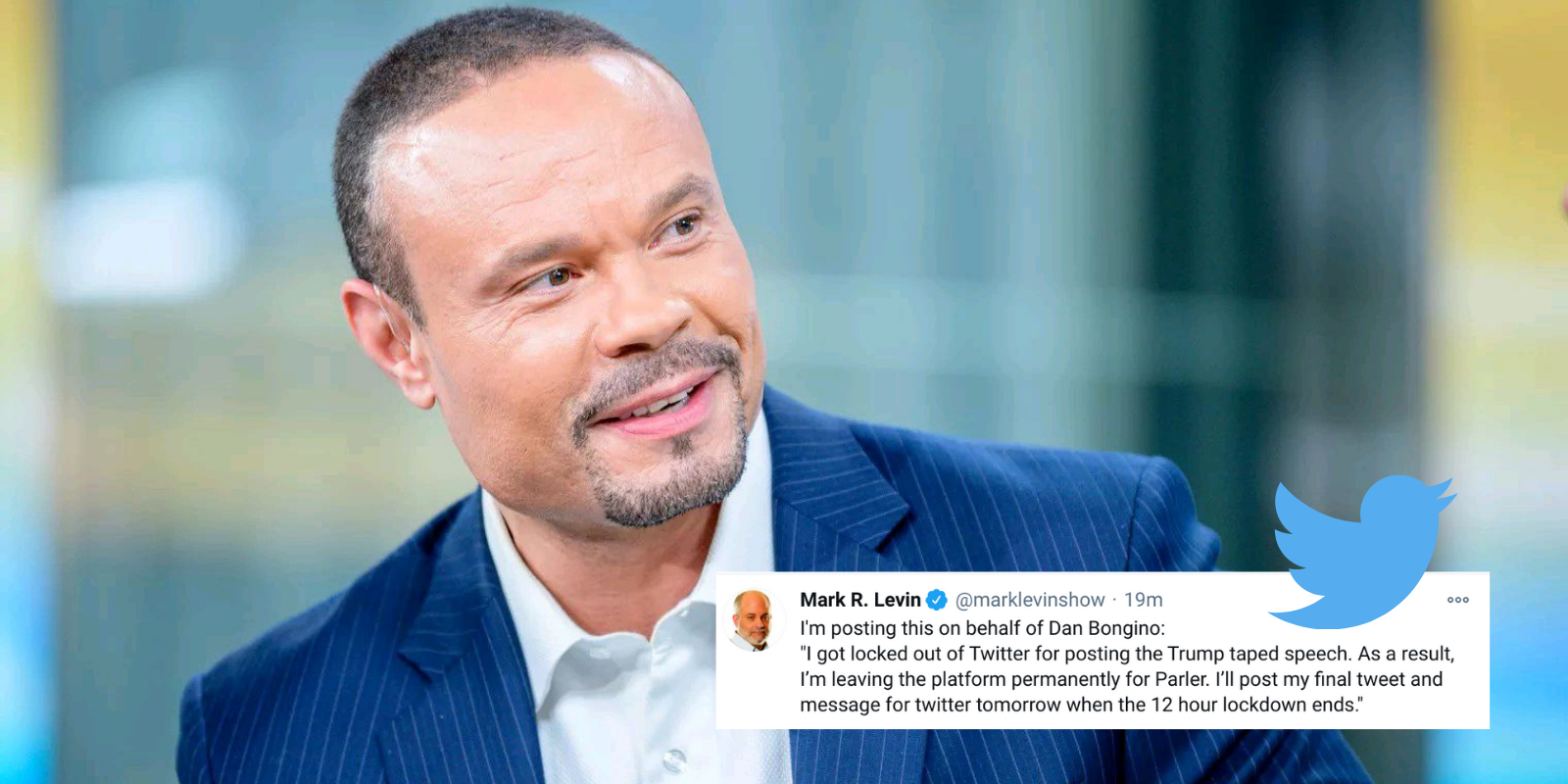 Prominent conservative and high-profile Parler investor Dan Bongino was locked out of his Twitter account for 12 hours after he posted President Donald Trump's call to end violence in the Capitol speech. This is the final straw for Bongino to leave the left-aligned platform for Parler permanently.

"I got locked out of Twitter for posting the Trump taped speech," Levin quoted Bongino. "As a result, I’m leaving the platform permanently for Parler. I’ll post my final tweet and message for twitter tomorrow when the 12 hour lockdown ends."

"You may not use Twitter's services for the purpose of manipulating or interfering in elections or other civic processes," Twitter told Bongino, adding that repeated violations of this policy may lead to a permanent suspension of his account. "This includes posting or sharing content that may suppress participation or mislead people about when, where, or how to participate in a civic process."

"Twitter is run by totalitarian communists. The Twitter communists hate free speech, and they really hate conservatives. I hate communists, and I'm not playing their games anymore. It's over," Bongino told The Post Millennial.

Bongino's eponymous website published an article about Trump's statement agreeing to an orderly transition of power on Jan. 20. The piece mentioned that Trump couldn't share his pledge because of the aforementioned suspension, which included the since-removed offensive video to provide context for the readers.

Merely tweeting out the story that also happened to include Trump's comments resulted in Bongino's lockdown. His tweet was captioned: "Twitter wouldn't let Trump post it himself."

"[A]nd apparently neither can we," wrote Bongino Report content manager Matt Palumbo. "This certainly wouldn’t have been a problem over on Parler."

Twitter first censored Trump's video statement calling for peace in Washington, after pro-Trump protesters stormed the Capitol building and clashed with federal forces Wednesday. Then Twitter deleted the president's message outright, pointing to his repeated claims about widespread election fraud in the recording. Facebook followed suit with its initial 24-hour ban now extended until the end of Trump's term in office.

All attempts to share the clip by direct message or retweet were swatted down by Twitter, only allowing users to quote tweet. The president's post itself was slapped with the warning label: "This Tweet can't be replied to, Retweeted, or liked due to a risk of violence."

The pop-up explanation read: "We try to prevent a Tweet like this that otherwise breaks the Twitter Rules from reaching more people, so we have disabled most of the ways to engage with it. If you want to talk about it, you can still Retweet with comment."

Trump's departure from the White House can only mean an unprecedented wave of censorship on social media. Parler's homepage promises that content creators can "[s]peak freely and express yourself openly, without fear of being 'deplatformed' for your views."

In the wake of Election Week, Parler was the most downloaded free application in the country, surpassing TikTok, Zoom, and YouTube while soaring to the No. 1 spot in Apple's mobile app store and Google's Play Store at the time.