Human activity in the Democrat cities of San Francisco, Cleveland, and Portland has dropped by nearly 50 percent as Americans want to avoid violence and crime. 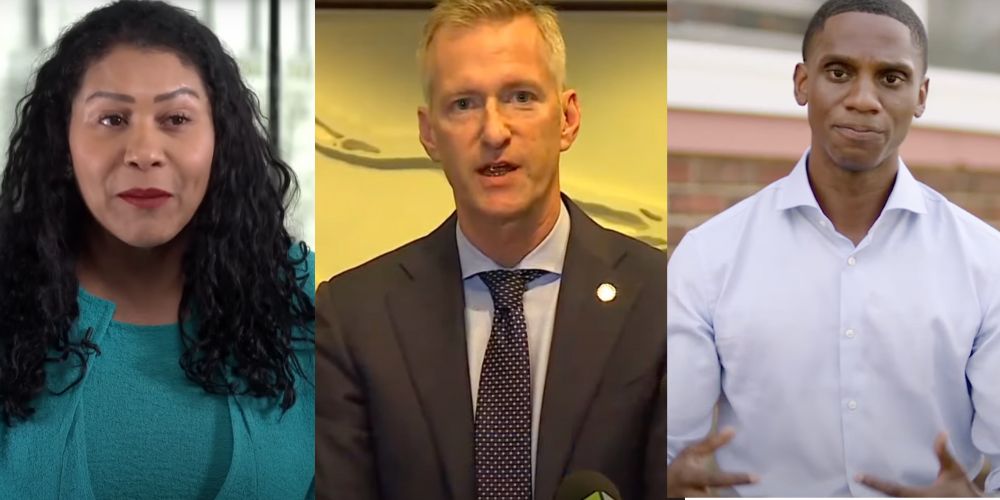 American cities such as San Francisco, Cleveland, and Portland rank high among Democrat led metropolises that have become barren of human activity in the wake of record-high crime, homelessness, and poor public services.

According to the Daily Mail, the downtown and urban centers of major US cities have seen activity drop by nearly 50 percent according to a study by the Institute of Governmental Studies at the University of California Berkeley. The study tracked the cell phone activity of roughly 18 million Americans and compared that data with movement in the big cities before the Covid pandemic.

San Francisco ranked highest as its downtown only experienced 31 percent of human activity in 2022, with Cleveland coming in second with 36 percent activity. Portland came in third as its urban center had 41 percent activity. All of these cities have experienced record high crime levels in the past two years and all three followed "defund the police" efforts after the BLM riots of 2020 which caused upwards of 30 deaths, multiple injuries, and over 1 billion dollars in damage.

This data shares similar results to information released by the real estate firm Redfin in July that showed homeowners want to flee Democrat led cities and move to safer, more affordable locations, most of which are in Republican led cities and states, such as Florida.

San Francisco ranks highest on the list of cities where human activity has bottomed out. The Daily Mail reports that crime is up 7.4 percent in San Francisco compared to 2021 and has more than double the crime as other crime-ridden cities such as NYC and LA.

San Francisco Mayor London Breed led the "defund the police" charge in 2021 and crime almost immediately spiked. Violent crime is significantly up as rapes have increased by 9.5 percent and assault is up 12 percent. Homelessness has skyrocketed in The Golden Gate city despite record high state spending to combat it.In July, George Soros funded Leftist activist San Francisco DA Chesa Boudin was recalled as citizens of the city started to demand better living standards.

Cleveland's historic crime saw 10,435 arrests on average per year since 2019. As of August, 90 people have been murdered in Cleveland, on its way to pass the 101 murders recorded last year. Democrat Justin Bibb is the mayor of Cleveland and has promised to turn the city around.

Portland, under the leadership of Mayor Ted Wheeler, was at the epicenter of the 2020 BLM riots and continually faces routine crime, rioting, and homelessness. In 2022 Portland decriminalized drug use, which led to a surge in violent crime.

The Post Millennial reported in 2021 how Portland residents were already trending downward in terms of downtown activity, as everyone was afraid of the day-to-day violence and crime.