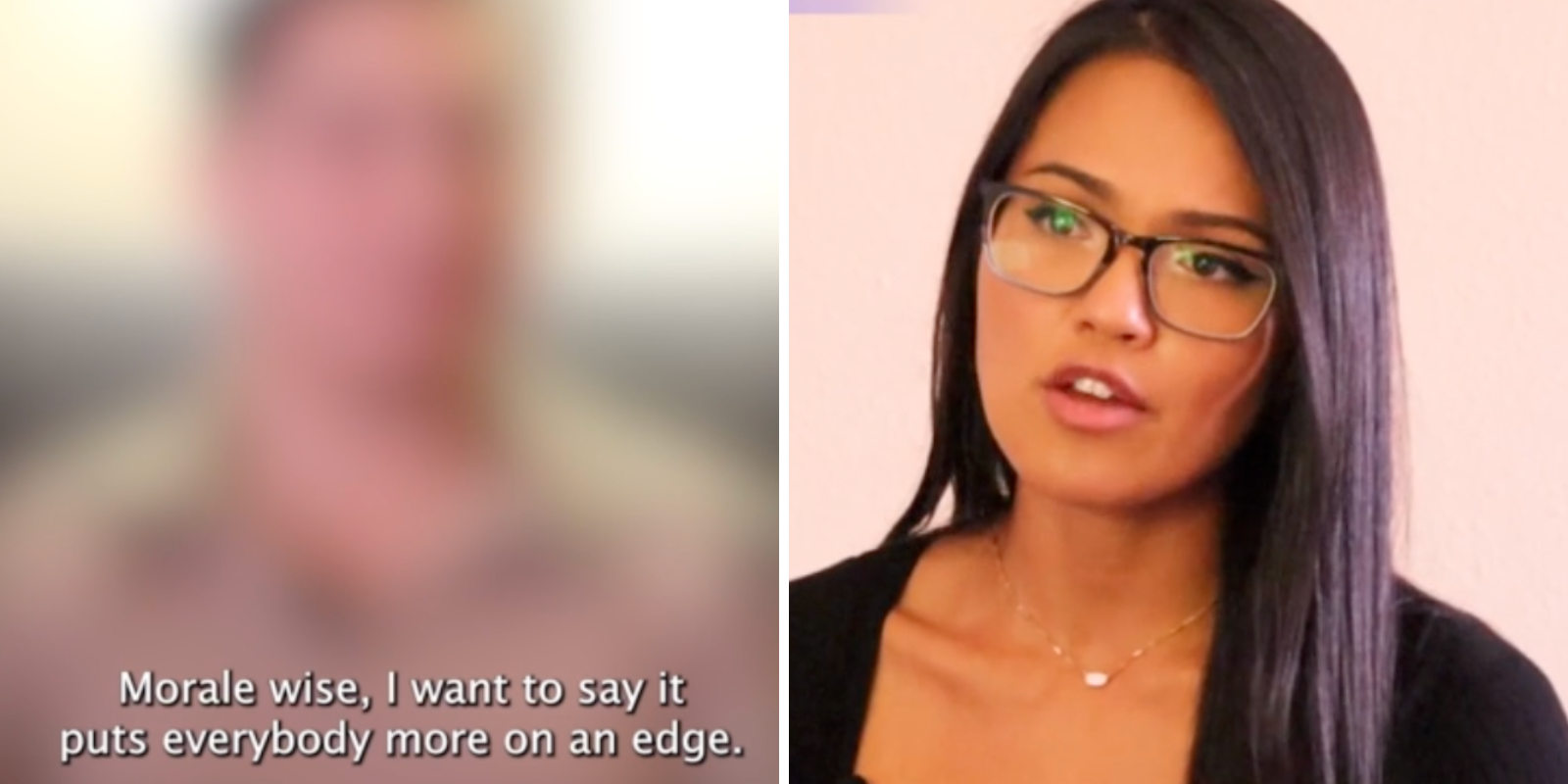 In an exclusive sit-down interview, an active member of the National Guard has gone on record against Joe Biden sharing "America is probably the weakest it's ever been." From harrowing stories of finding mutilated bodies at the border, to the cartel shooting at our service members, the border has gotten so bad that this National Guardsman was willing to risk his career to speak out.

"We're very vulnerable," he said on condition of anonymity. "It's only a matter of time before somebody actually gets shot, or something bad actually happens."

When asked if he felt his life was being put at risk by the current administration's policies at the border, he said "absolutely. You never know who is crossing. You never know who is going to cross. Under Trump, it seemed like it was a lot more controlled. The border flowed a lot easier. The numbers spoke for themselves, and now it's kind of like, you know, everybody is allowed to come in."

He explained how the cartels use extreme measures to "intimidate and scare" border agents.

"Here in the valley," he said, "you're going to see a lot of drug flow and a lot of violence from the cartel to try to cover that up. They push large groups of migrants across."

"They shoot at us quite often," he said of the cartels. He detailed how the cartels would leave bodies around "to show us like, 'hey, this is what we're doing.'"

In one instance, he said that National Guardsmen found the body of a man whose head had been dipped in acid by the cartel.

Of that instance, he said "Border Patrol let us know that there was a body somewhere in the area, and some of the guys went looking for it, and sure enough they ended up finding it on our side of the river, which tells us that the cartel crossed him over and left it there for us to find and went back."

He said this was a "scare tactic" from the cartels, and that "morale wise… it puts everybody more on an edge."

"The way I see it," he continued, "America is probably at its weakest, as weak as it's ever been in a long time right now. We're very vulnerable, and I feel like it's only a matter of time before somebody actually gets shot, or something bad actually happens. And for the administration to realize, 'hey, maybe we do need to do something here,' versus under Trump, he didn't take those chances."

Despite this, he said, it is the children abandoned at the border that haunt him.

"Probably for me being shot at, and the dead bodies, that doesn't really hold much weight, but when I see the kids—I think that's what has mentally been draining me."

The Guardsman spoke about meeting an 11-year-old girl, whose mother sent her alone to  America, equipping her with a box of condoms.

He now believes "it's only a matter of time before a Guardsman loses his life to the cartel."