"The subject was under 21 and the application was sponsored by the subject’s father," police said in a statement. 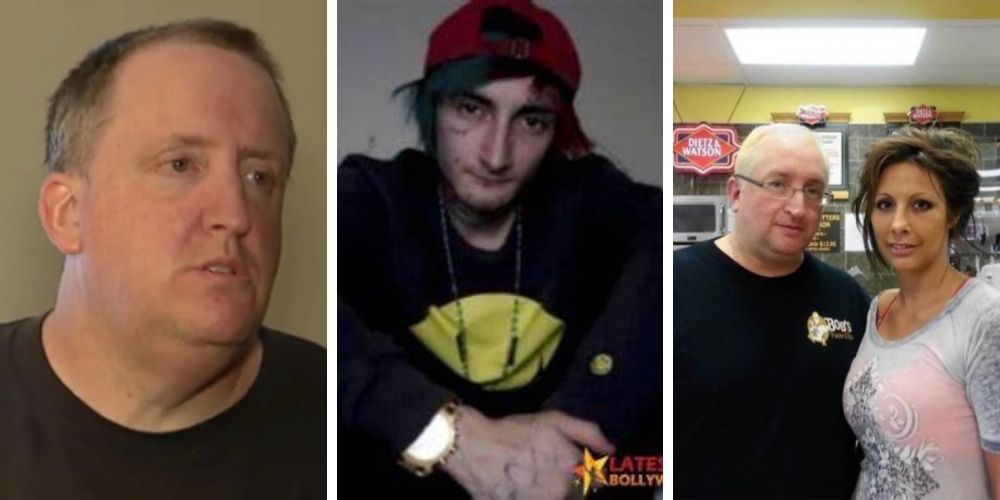 The suspect in the July 4 massacre in Highland Park, Ill. was able to purchase firearms despite having been flagged as a "clear and present danger" by police in 2019. This came after police were called to the shooter's family's home.

"In September 2019, ISP received a Clear and Present Danger report on the subject from the Highland Park Police Department. The report was related to threats the subject made against his family," Illinois State Police said in a statement.

September 2019 saw police attend the Crimo home and asked the suspect if he was interested in harming himself. He said no, and the officers took his collection of knives. Later, the suspect's father Bob Crimo, said that the knives were his and they were returned to the home.

At the time, no arrests were made, and the family was "not willing to move forward on a complaint," nor did they "provide information on threats of mental health that would have allowed law enforcement to take additional action." A Firearms Restraining Order was not filed, "nor any order of protection."

"The suspect went on to clear four background checks when purchasing firearms on June 9, 2020; on July 18 and July 31, 2020; and on September 20, 2021," Fox News reports. The only criminal charge against the suspect prior to the mass shooting was for possession of tobacco in 2016.

The parents of suspect Robert Crimo III, Bob Crimo Sr. and Denise Pesina, have retained counsel. The pair live in Highwood, Illinois, less than two miles from where the shooting occurred.

The family of the suspected gunman in the Highland Park mass shooting on July 4 are speaking out in the wake of the massacre.

A series of tweets were posted by Steve Greenberg, a criminal defense attorney of Greenberg Trial Lawyers, the firm that was asked by Crimo’s family to represent them on Monday following the shooting.

Greenberg tweeted, "The parents of the accused Highland Park shooter have retained us to represent them."

The thread continued, "They wish that we share the following: 'We are all mothers and fathers, sisters and brothers, and this is a terrible tragedy for many families, the victims, the paradegoers, the community and our own.'"

They added, "'Our hearts, thoughts, and prayers go out to everybody.' The parents request that all respect their privacy as they try to sort thru this tragedy."

According to Greenberg, attorneys Tom Durkin and Josh Herman have been selected to represent the Crimo family. Durkin told FOX 32 that he would not comment further until after Crimo’s arraignment, which is scheduled for Wednesday. He added that he spoke to the family briefly by phone on Tuesday.

The statement came the same day a former coach of Crimo's said the parents were "a problem" and always the last to pick him up from his afterschool sports program.

Jeremy Cahnmann, who ran an afterschool sports program at Lincoln Elementary School said, "I remember the parents more than him because they were kind of a problem. There wasn't a lot of love in that family."

He added that Pesina "got into it once with one of the heads of the program, she was yelling. It seemed like her kids were a nuisance to her."

According to her Facebook page, Pesina is an energy healer with her company Trilogy Energy Systems. Crimo's father had a local sandwich shop, Bob's Pantry and Deli, that has since closed.

Neighbors told Fox News that the mom seemed unstable while the father was well liked in the community. "He was so nice, he always gave the kids free candy and treats."

Crimo’s uncle Paul spoke to a local outlet saying he was "deeply, deeply sorry" for the deadly attack. Paul Crimo told the Chicago Sun-Times "He was always very respectable. I can’t say nothing bad about him."

Paul Crimo told WFLD-TV Monday after his nephew was named as a person of interest in the massacre that he lived with the accused killer and the 21-year-old’s father, with Robert staying in a separate apartment in the back of the house.

"I just want to say I’m deeply, deeply sorry for everyone that lost their lives and got injured," Paul Crimo said. "From the bottom of my heart, I’m heartbroken, and my heart is shattered to hear this. I can’t even believe it."

Paul Crimo said he and his brother, Robert Crimo Jr., who in 2019 unsuccessfully ran for mayor of Highland Park, "…have a good character. Everybody loves us, and this just breaks my heart to hear about all of this."

According to Paul Crimo, his nephew kept to himself, didn’t go to college and was a "YouTube rapper" who previously worked at Panera but had been recently unemployed. "He’s a real quiet kid, he keeps everything to himself, and he doesn’t express himself out. He just, like, sits down on his computer; there’s no, like, interaction between him and me, basically."

Crimo was charged Tuesday with seven counts of first-degree murder for allegedly opening fire on an Independence Day parade in the Chicago suburb on Monday, killing seven people and wounding 30 others.

Authorities said at a press conference Tuesday that they anticipate announcing more charges in the coming days. It was also revealed Tuesday by officials that the suspect was known to police due to several incidents, including one instance where he said he wanted to "kill everyone." The suspect purchased 5 guns prior to the shooting.

According to investigators, Crimo evaded initial capture by dressing as a woman and blending in with the crowd fleeing the scene. Crimo was pulled over by police approximately five miles north of the shooting, several hours after police released the man's photo and an image of his silver Honda Fit.

Investigators have not determined a motive for the attack according to Lake County Major Crime Task Force spokesman Christopher Covelli.

Highland Park officials in 2013 approved a ban on semi-automatic weapons and large-capacity ammunition magazines. Dozens of other shootings in nearby Chicago left eight people dead and 60 others wounded over the Fourth of July weekend.