FBI informants Jenny Plunk and Steve Robeson’s unusual relationship with Croft included smoking marijuana with him and traveling to several of his militia training sessions, lawyers said earlier this week. Plunk also shared a hotel room with the accused on occasion. 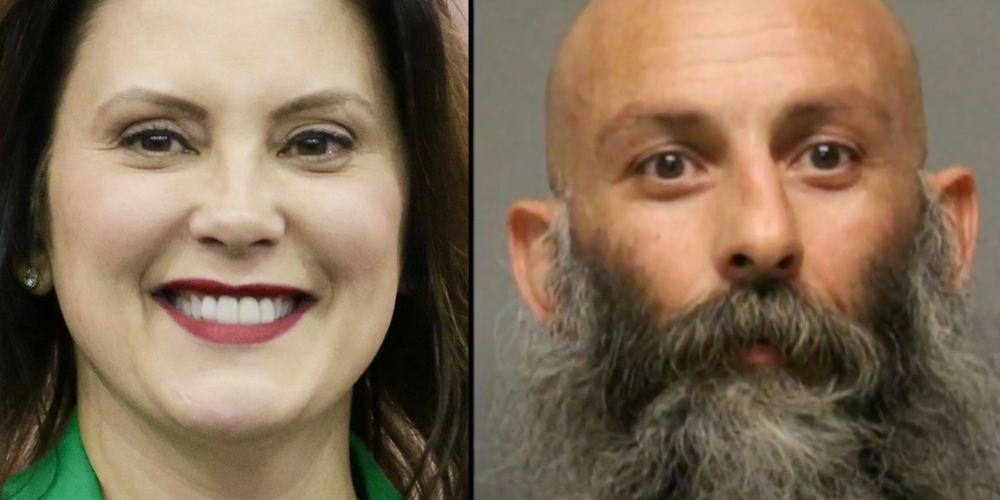 A female FBI informant allegedly shared a bed and smoked marijuana with one of the men accused of plotting to kidnap Michigan Gov. Gretchen Whitmer, according to new details that emerged in court earlier this week.

Lawyers for Barry Croft Jr., one of the alleged ringleaders of the kidnapping plot, say FBI informants improperly coordinated with the accused, the Washington Examiner reports.

FBI informants Jenny Plunk and Steve Robeson’s unusual relationship with Croft included smoking marijuana with him and traveling to several of his militia training sessions, lawyers said earlier this week. Plunk also shared a hotel room with the accused on occasion.

The shared room was meant to save costs, FBI special agent Christopher Long testified. He said Croft and Plunk didn't have much money at the time, according to the Detroit Free Press.

Long also admitted, that during his time as an agent, he never monitored a case in which sources of the opposite gender stayed in the same room.

The details emerged during Croft and Adam Fox's retrial. The two are alleged ring leaders of a summer 2020 plot to kidnap Whitmer over her Covid policies. A federal judge ordered a retrial for the two plaintiffs after a jury failed to reach a verdict on the pair at an earlier trial.

In October 2020, 13 people were arrested in connection with an alleged plot to storm the state Capitol and kidnap Whitmer. Four of the men who were charged with kidnapping conspiracy went to trial in April.

Defendants Daniel Harris and Brandon Caserta were found not guilty while the jury was deadlocked on Croft and Fox.

During the trial, questions were raised about the conduct of the confidential FBI informants who were embedded in anti-government militia groups during the alleged conspiracy. Michael Hills, the attorney for Brandon Caserta, claimed that the FBI told an informant to lie and entrap group members.

The Post Millennial previously reported that Governor Whitmer repeatedly came under fire for draconian measures to curb the spread of the novel coronavirus.

Whitmer also lost a court battle for extending of the state of emergency and several executive orders she claimed were necessary.