"A student's gender transition should be considered confidential. It is highly detrimental to out a student to another school staff, peers, or a student's family. All communication should be in collaboration with the student." 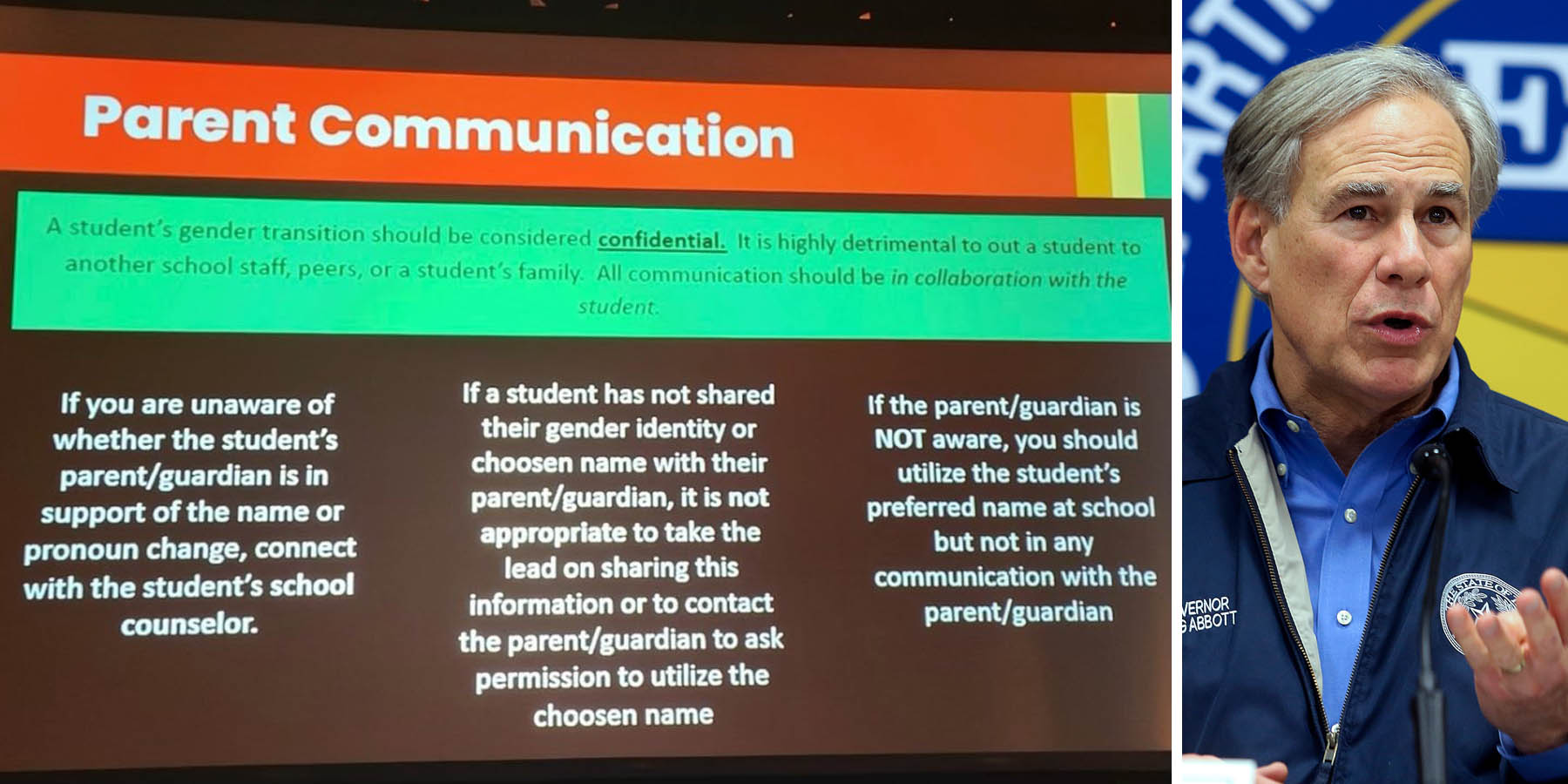 Houston Independent School District (ISD) reportedly provided training on how to facilitate the social transition of trans-identified students, according to a Twitter user.

Wade Miller, combat veteran and Executive Director for an organization called Citizens for Renewing America, shared an image on Saturday that he said came from a Houston area ISD "teacher training."

The image, entitled "Parent Communication," instructs educators on how to keep a student's "transgender" identity secret from their families.

The training reads, "A student's gender transition should be considered confidential. It is highly detrimental to out a student to another school staff, peers, or a student's family. All communication should be in collaboration with the student."

In first column of the teacher training specifies, "If you are unaware of whether the student's parent/guardian is in support of the name or pronoun change, connect with the student's school counselor."

"If a student has not shared their gender identity or chosen name with their parent/guardian, it is not appropriate to take the lead on sharing this information or to contact the parent/guardian to ask permission to utilize the chosen name," reads the second column.

While allowing students to use a different name and pronouns under the supervision of school personnel may seem harmless, evidence shows that "social transition" may dramatically increase the likelihood of gender dysphoria persisting.

"There is good reason to believe that social transition is iatrogenic, meaning that 'affirming' a child socially with his/her preferred name and pronouns increases the chance that the cross-gender ID will persist and medical interventions will be sought," says PhD researcher and Manhattan Fellow, Leor Sapir, citing a 2019 paper by Dr. Kenneth Zucker published in the Journal of Child Psychiatry and Psychology.

Evidence currently indicates that roughly 60–90 percent of children who identify as transgender who do not socially or medically transition will no longer identify as  transgender in adulthood. "Despite the differences in country, culture, decade, and follow-up length and method, all the studies have come to a remarkably similar conclusion: Only very few trans-kids still want to transition by the time they are adults. Instead, they generally turn out to be regular gay or lesbian folks," says sexual behavior scientist Dr. James Cantor.

Texas Governor Greg Abbott was mentioned in Miller's tweet as having "done nothing about" the Houston area ISD teacher training. Earlier this year, Abbott used existing state law to have child protective services investigate families who have children undergoing medical gender transition, such as cross-sex hormones or so-called puberty blockers.

Abbott concurred with the opinion of Texas Attorney General Ken Paxton that subjecting children to transgender-related procedures and treatment qualified as "child abuse" under state law.