Stelter's show would often lose in ratings to reruns of "The Golden Girls," "Spongebob," "Peppa Pig," and "Paw Patrol." 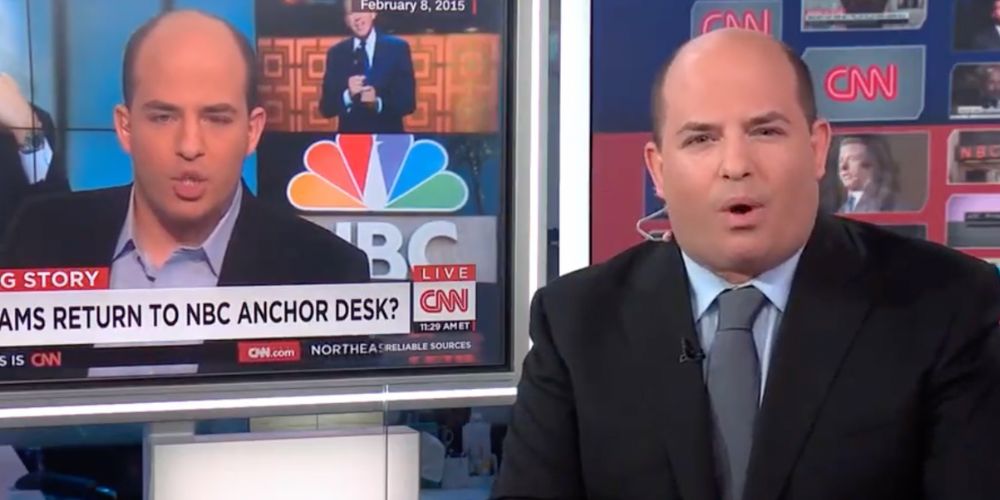 CNN aired the final episode of "Reliable Sources with Brian Stelter" on Sunday, with the disgraced former host speaking directly to the audience during his final send off.

Amidst tidings of goodbyes and thank you's, Stelter said he always viewed his role as one of "accountability" and ended his segment by saying, "we must make sure we don't give platforms to those who are lying to our faces."

Stelter lied on air during his tenure at CNN about multiple subjects, the most notable being Hunter Biden's "Laptop from Hell." Emails and evidence from that laptop, which emerged at the height of the 2020 presidential election, showed that not only was Hunter using crack and was seen with prostitutes, but he engaged in nefarious international dealings that involved his father and future president Joe Biden.

"For all we know, these emails are made up," Stelter said in 2020. "What we do know is that this is a classic example of the right-wing media machine"

During his send off, Stelter claimed that it's "looney" to call the media the enemy of the people.

In October of 2021, Stelter had a meltdown on live TV as he pontificated at the prospect of Donald Trump running for president in 2024. He falsely outlined a conspiracy involving "MAGA media" outlets, "insurrectionists," and the former president, which placed them all in a plot to destroy the republic.

Stelter claimed in his final episode that he was never partisan and that " it's not partisan, to stand up for decency and democracy and dialogue. It's not partisan."

In April, college freshman Christopher Phillips confronted Stelter at an event centered around ending misinformation. The student correctly reminded Stelter that his network, "pushed the Russian collusion hoax. They pushed the Jussie Smollett hoax. They smeared Justice Kavanaugh as a rapist, and they also smeared Nick Sandmann as a white supremacist. And yes, they dismissed the Hunter Biden laptop affair as pure Russian disinformation."

Stelter claimed the young man's charge was one of partisanship as he was thinking of a "different network."

Stelter said he considered his job as picking the "treasure out of the trash" concerning news stories. In November of 2021, he admitted he was a "useful idiot" over criticism he was facing for incorrectly representing what concerned parents were saying over CRT in schools.

CNN has been plagued with reliably consistent low viewership ratings with Stelter leading the pack of minimal watchers. Stelter's show would often lose in ratings to reruns of "The Golden Girls," "Spongebob," "Peppa Pig," and "Paw Patrol."

Earlier in August, reports emerged that CNN was on the "hunt for new revenue" as their ratings plummeted. Their profits have slumped steeply since 2016, reflecting the energy the channel poured into reporting on Donald Trump.

CNN went under new leadership with Chris Licht after former boss Jeff Zucker was ousted from a salacious affair scandal. Stelter thanks Zucker for believing in him during his final goodbye.

Licht, also part of the new management from the newly formed Warner Bros. Discovery conglomerate was set to fire Stelter relatively quickly after taking over.

"I actually thought I didn't have enough hair to be on TV," Stelter said in his sendoff along with saying he was rooting for CNN.