A school is allowed to nominate one graduating senior for the NCAA Woman of the Year Award. UPenn chose Thomas in lieu of female athletes who compete in athletics for the Ivy League university. 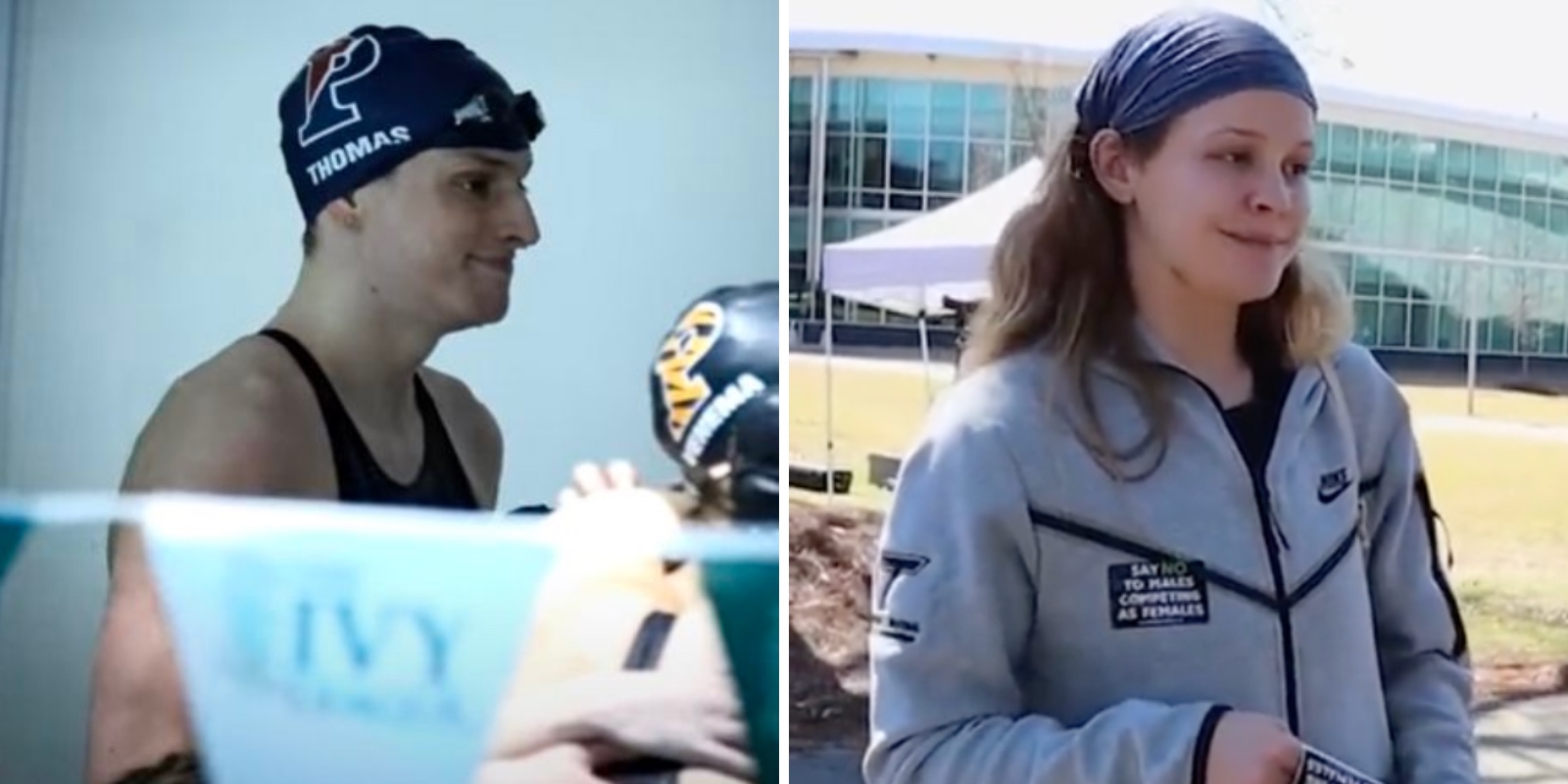 Lia Thomas has been nominated for the NCAA Woman of the Year Award. If Thomas wins, the award meant to honor women student-athletes who have "distinguished themselves in their community, in athletics and in academics throughout their college career" would go to a biological male.

A mother of one of UPenn's female swimmers blasted the NCAA for even allowing Thomas to compete on the women's team.

A school is only allowed to nominate one graduating senior for the NCAA Woman of the Year Award. UPenn chose Thomas in lieu of female athletes who compete in athletics for the Ivy League university, according to Swim Swam. Speaking to journalist Savanah Hernandez during the competition in Atlanta earlier this year, a swimmer wearing a "say no to males competing as females" sticker said it was extremely difficult for women to compete against males in the pool.

Thomas is not female, but a biological male who transitioned only a few years ago, in 2019, abandoning a spot on the UPenn men's swim team for one on the women's team. Thomas broke records and won championships while female teammates quietly and anonymously complained that Thomas was in the women's locker room, taking space on the women's team, and was not actually a female.

Thomas indicated it would be a dream to compete on the US women's Olympic swim team. Save Women's Sports protested Thomas' inclusion in the competition in Atlanta. On teammate said that women were "being discriminated against" by allowing Thomas on the women's swim team. Swimmers from the University of Arizona said they were being silenced in the face of the controversy.

Coaches for UPenn, as well as administrators and officials with the NCAA, reportedly told women swimmers not to complain and to accept that Thomas, a biological male who takes estrogen, is a woman. Many women rejected the notion that wearing long hair, taking estrogen injections, and claiming to be a woman actually makes a person female.

Thomas won the 500 free at the NCAA Championships in Atlanta in 2022, sparking major controversy among swimmers, their parents, and the public. Thomas was the "first openly transgender DI NCAA champion and the first swimmer from the Penn women's team to win a national title," Swim Swam reports. Despite the win, no female swimmers from UPenn have won a national title.

The finalists for the NCAA Woman of the Year Award will be announced in September, with the final award recipient selected from that group.

Other transgender identified biological males have won titles and awards over the years, including New Zealand's weight lifter Laurel Hubbard, who was named Woman of the Year by a university in her home country in 2021. Hubbard went to the Tokyo Olympics to compete for the women's weightlifting team, but did not place.

Canadian cyclist Veronica Ivy has claimed that testosterone does not bestow benefits on biological male athletes who transition. Ivy is a two time World Masters cycling champion in the female ages 35-39 category. Two biological males recently won first and second place in a women's cycling event, then kissed on the podium while the third place winner cared for her baby.

High-school athletes in Connecticut brought suit against the state for unfairly allowing two biological male athletes to compete in girls' track competitions. The girls said competing against male-bodied athletes made them feel helpless.