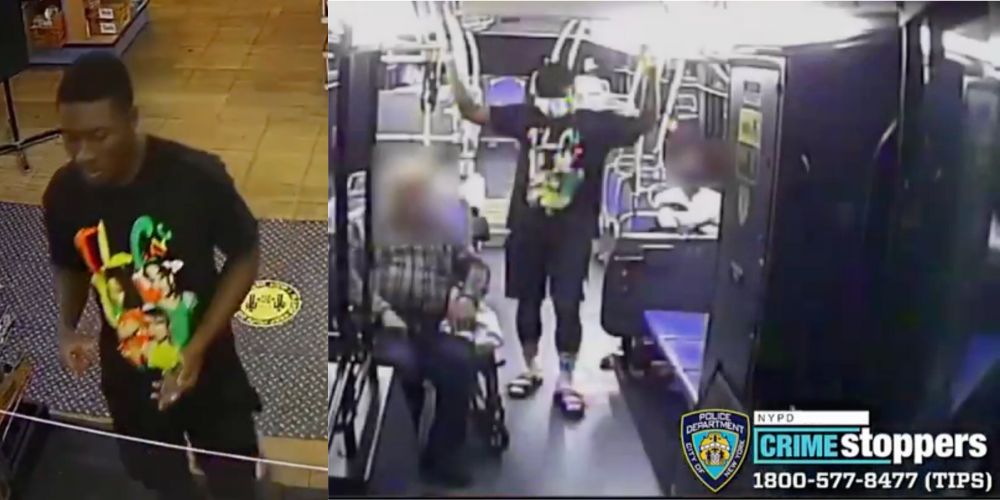 A young crook assaulted an elderly, wheelchair-bound man on a NYC bus on August 13 and ran off with $250 of the man's money.

The New York Post reports that the attack occurred as the two rode a mostly empty Staten Island S40 MTA bus around 9 pm. NYPD released video of the footage in the hopes the public could help identify the culprit.

In the footage the crook stands and approaches his unaware victim. He hovers over the 64-year-old man sitting in his wheelchair and watches as the man grabs some of his cash. The criminal then grabs the money out of the man's shirt pocket.

The bus stopped at Clinton Avenue and Richmond Terrace and the thief ran off and was lost into the night.

Police found footage of the criminal not only from the bus but from a bodega at 1 Richmond Terrace, which is higher definition and shows a clear shot of the man's face.

According to the Post, the criminal is a "man in his 20s, who’s 5’7" and 160 pounds" and was wearing a "black 'TLC' t-shirt, black Nike basketball shorts, white socks and black sandals."

Adams' NYC has seen a 50 percent surge in crime since last year, with a marked increase in violent crime, with rape and assaults up 18.6 and 11 percent respectively. His city has proven too crime-ridden even for illegal immigrants, many of whom absconded anywhere else while in transit to avoid landing in his metropolis.

Crime has been on a steady uptick in the Big Apple since 2020, despite mayor Eric Adams claiming a tough on crime stance. Nearly half of New York City workers that live in the city's boroughs said in a recent survey that returning to work following the pandemic "isn't worth it" due to the criminal lawlessness plaguing the city.

Anyone who has information that could help catch the suspect should call NYPD’s Crime Stoppers Hotline at 1-800-577-TIPS, reach out to their Twitter @NYPDTips, or go to their website at https://crimestoppers.nypdonline.org.