President Trump issued a blanket endorsement for an "Eric" just one day ahead of Missouri's primary elections. Both candidates claimed the endorsement. 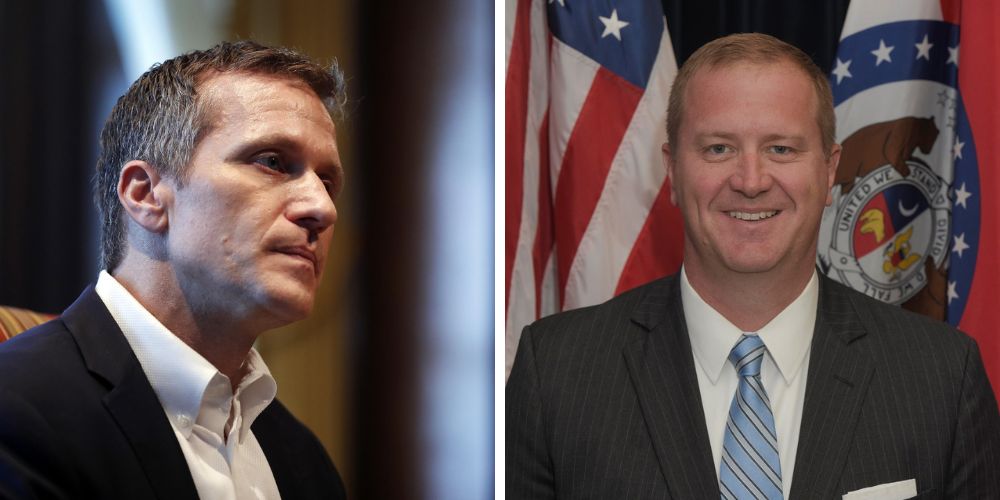 Greitens admitted to having an affair with his hairdresser and allegations later surfaced that he threatened to blackmail her with nude photos, which Greitens had denied, according to The Hill.

Shortly after, Greitens faced felony charges for allegedly illegally taking a donor list from a nonprofit he founded to use in his gubernatorial campaign, and charges were brought forth for the alleged blackmail scheme, The Hill reports.

In addition, Sheena Greitens, his ex-wife, testified that Greitens assaulted her and their 3-year-old son.

Greitens was projected to win the Republican nomination but multiple smears from outside groups such as Show Me Values PAC, launched an anti-Domestic violence campaign that targeted Greitens. After these attacks, Schmitt began to poll ahead of Greitens one week before Tuesday's primary election.

On Monday, President Trump issued a blanket endorsement for an "Eric" just one day ahead of Missouri's primary elections. Both candidates claimed the endorsement, according to The Hill.

The Missouri Attorney General garnered national attention last year when he filed a class-action lawsuit against schools enforcing mask mandates, and sued the Biden administration over its coronavirus vaccine mandate for federal workers, the outlet reports.

The Associated Press (AP) first called the race for Schmitt at 10 pm EST.