One out-of-control teacher reportedly showed other male students images of her vagina, sent kids videos of herself "deep throating" a liquor bottle and dancing naked from the waist down, and even went to a student's home, where she pulled down her pants and told him "eat my a**." 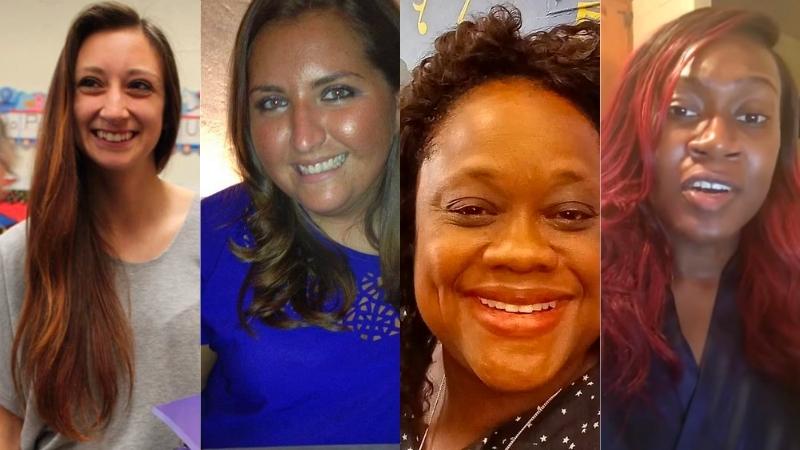 The reports from the Special Commissioner of Investigation, obtained by the New York Post, included the case of Natalie Black, a 27-year-old teacher at Hillside Arts and Letters Academy in Queens.


Black was found to have sent at least 15 sexually explicit photographs of herself "in lingerie or nude" to a male 17-year-old student late last year. Although the teenager was interviewed by NYPD, charges were never filed.

By March 2022, the SCI found that Black's behavior had worsened. The out-of-control teacher reportedly showed other male students images of her vagina, sent kids videos of herself "deep throating" a liquor bottle and dancing naked from the waist down, and even went to a student's home, where she pulled down her pants and told him "eat my a**."

Black reportedly refused to cooperate with the SCI investigators, and was supposedly "removed from DOE service" while the probe was ongoing, but according to her active LinkedIn page, she remains a special education teacher with the NYC Department of Education.

The SCI recommended that Black be terminated, "given her total unfitness as a pedagogue." The DOE declined to confirm the teacher's employment status to the New York Post.

According to students, Hillside administrators never notified the school community of the ongoing investigation into Black's predatory actions.

In another shocking incident revealed by the SCI reports, Makita Brooks-Stanton, a Queens paraprofessional at PS 160, brought along her pre-kindergarten class to her breast exam via remote learning.

Brooks-Stanton reportedly stripped down, flashing her bare breasts to her phone's camera during her visit to the doctor's office, revealing herself to the children who were watching on Google Meet.

"She even had the doctor say hi to the class on Google Meet," said a disturbed mother who saw what appeared on her 5-year-old's screen to the New York Post.

"She was in her blue gown and that’s when she was exposed. It was a frontal view,” she added.

According to the disgruntled mom, Brooks-Stanton remained exposed for "about two minutes," until she was able to get the attention of the class's lead teacher, who turned off the paraeducator's screen.

The SCI investigators determined that the "breast exposure to a pre-K class did not appear purposeful," however Brooks-Stanton's "actions showed a serious lack of professionalism."

Manhattan’s Institute for Collaborative Education's Danielle Medellin, then 24, reportedly exchanged about 5,500 "very flirtatious" texts filled with "sexual tension" with a boy in her 11th-grade math class. She resigned before she could be fired — and began working at the New York Times as a data analyst, according to her now-defunct LinkedIn page.

"Being a longtime lover of math as an educator, I was inspired by my students and curious about pushing the boundaries of data and statistics," Medellin posted to her profile.

Yet another predatory teacher, Michelle Zak, then 31, reportedly "engaged in an inappropriate relationship" with two underage students at the Queens High School of Teaching, Liberal Arts, and Sciences. The SCI investigation found that she smoked marijuana and had sleepovers with the children. During the investigation, Zak was demoted to a non-classroom role in the DOE, and is now working as a "self-employed" academic tutor, according to her active LinkedIn profile.

According to one comment Zak made on a job-finding post, it's "it's been tough to find something," since her scandal.

Juliana Garofalo, then 33, another Institute for Collaborative Education teacher, reportedly told co-workers that she partook in a "sexual relationship" with a male student before his graduation in 2018.

Garofalo resigned from the DOE before SCI recommended her termination, but then sued the city when word of the investigation made its way back to a Connecticut private school that unknowingly hired her. A New York State Supreme Court judge threw out the case in December, saying that the disgraced teacher's actions were "utterly disqualifying" to take another teaching job.