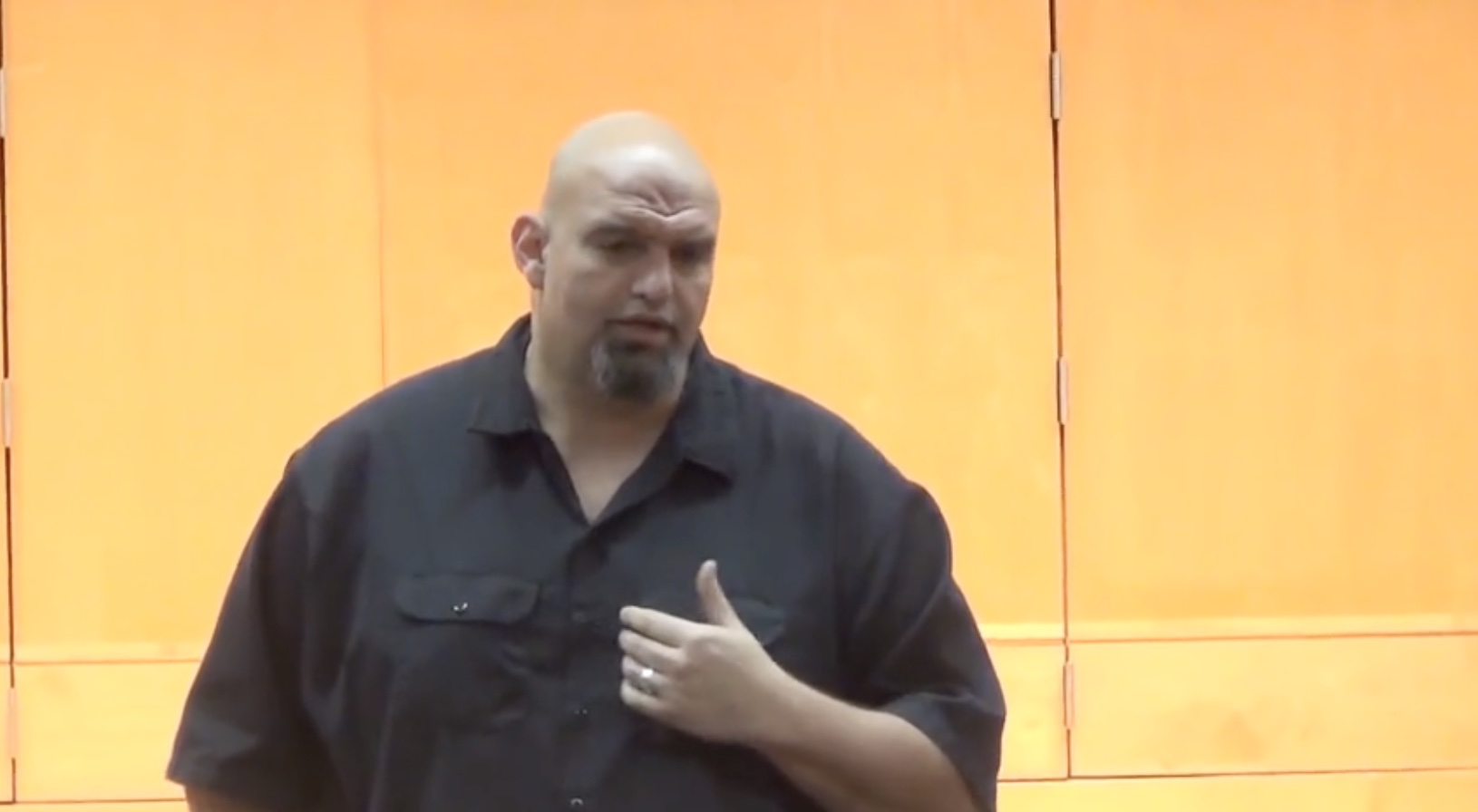 Pennsylvania Senate candidate John Fetterman claimed in 2016 that sanctuary cities "make everybody safer," according to a video that has resurfaced. Fetterman leads in the polls with a double-digit lead, despite having suffered a heart attack earlier in the campaign.

While speaking at West Chester University on Jan. 27, 2016, Fetterman, who is the current Lt. Governor of Pennsylvania, slammed former President Donald Trump's ban on giving visas to foreign nationals from certain countries that back terrorism, and said that "immigrants commit crime at a far lower rate than native-born people," Fox News reports.

"Of course, there could be a bad apple coming in from anywhere, but you're telling me that a little 5-year-old orphan from Syria, you know, should get frozen out? It's just un-American," Fetterman said at a 2016 Senate campaign event, where he failed to unseat Republican Senator Pat Toomey.

"We need a comprehensive approach, and we need to stop kicking that can down the road and realize that the overwhelming majority, and this is a statistical fact, immigrants commit crime at a far lower rate than native-born people," Fetterman claimed.

"Sanctuary cities is another policy that I very much support," he added. "Sanctuary cities, again statistically, make everybody safer. It makes everybody better. But the other side wants to demonize that, because there's a dark side of populism, and that's what the other side seems to have tapped into – that if you're the wrong color, and you’re the wrong religion, and you came from the wrong country that you're automatically a suspect."

Joe Calvello, a spokesman for Fetterman's campaign, told Fox News that the Lt. Governor "supports comprehensive, common-sense immigration reform that will strengthen and secure our borders and create a pathway to citizenship for undocumented immigrants."

In addition, Fox News reports that data collected by the University of Wisconsin–Madison found "considerably lower felony arrest rates among undocumented immigrants compared to legal immigrants and native-born US citizens."

Many current sanctuary cities across the US, from LA to New York, are seeing a drastic uptick in crime.