The 14-year-old surrendered to police accompanied by his mother after a 19-year-old was left hospitalized from multiple gunshots. 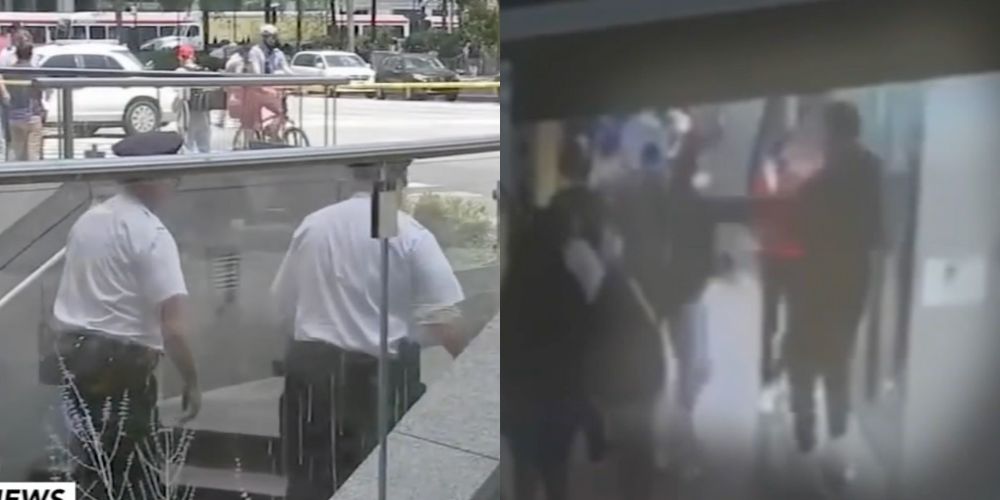 A Philadelphia 14-year-old turned himself in to police on Friday for participating in a shootout with a 19-year-old at a SEPTA station in Center City.

Local news reports that the 14-year-old surrendered to police accompanied by his mother after a 19-year-old was left hospitalized from multiple gunshots. The gunfight occurred a little after high noon on Thursday at Philadelphia's 15th St. SEPTA station.

The shooting comes as Democrat-led Philadelphia, like many other blue cities, has become mired in a remarkable increase of violent crime since 2020. In the wake of the crime uptick, Philadelphia DA Larry Krasner believes that going after illegal guns is not the equitable solution to solving the crime problem and policies like that are "about singling out people of color."

ABC 6 Action News obtained surveillance footage that shows the 19-year-old man standing on the train platform as two others exit the train doors. The group have some sort of verbal exchange before the 19-year-old and 14-year-old both quick draw their guns.

The older teenager was then shot in the chest, stomach, and right hand. He was taken to Jefferson University Hospital where he is in critical condition.  Another man who presumably accompanied the 14-year-old has been questioned about the incident but not charged.

Another 14-year-old from Philadelphia was recently charged with murder for the attack on a 73-year-old man with a street cone on July 13.

SEPTA police have said that they are "beefing up security" in the hope of minimizing the violence happening on Philly's transit system.

The incident caused delays up to an hour with one commuter saying, "I'm considering driving into work instead of being on public transportation. It just doesn't seem safe anymore."