The president of the World Professional Association for Transgender Health (WPATH) has admitted that social contagion is a factor in the dramatic increase in children and adolescents identifying as transgender. 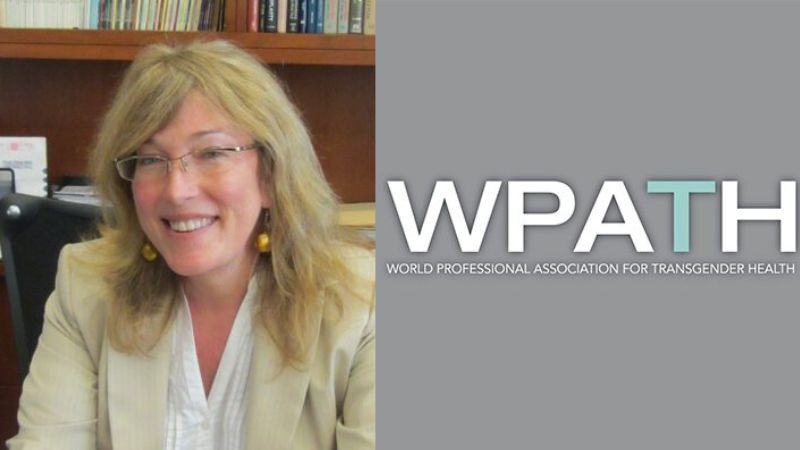 The president of the World Professional Association for Transgender Health (WPATH) has admitted that social contagion is a factor in the dramatic increase in children and adolescents identifying as transgender.

Dr. Marci Bowers, a trans-identified male and president of the leading transgender health organization that pushes for affirmation and medical intervention for youth who believe themselves to be members of the opposite sex, made the comments in a recent interview with the New York Times.


"There are people in my community who will deny that there’s any sort of ‘social contagion’ — I shouldn’t say social contagion, but at least peer influence on some of these decisions," Bowers told the New York Times. "I think that’s just not recognizing human behavior."

This is not the first time Bowers has made such comments. In 2021, the celebrity gender surgeon who has performed more than 2,000 vaginoplasties acknowledged the possibility that the surge in teenage girls identifying as boys was a social trend.

"I think there probably are people who are influenced. There is a little bit of ‘Yeah, that’s so cool. Yeah, I kind of want to do that too’," Bowers said in an interview with Abigail Shrier, author of Irreversible Damage.

This didn’t stop WPATH from removing all lower age requirements from its latest Standards of Care guidelines, nor did it cause the internationally respected transgender health group to reconsider advising clinicians to immediately affirm every child who declares a transgender identity.

The social contagion hypothesis was first documented by researcher Lisa Littman in 2018. She noted that there had been a striking change in the demographics of patients presenting to pediatric gender clinics over the past decade, from predominantly natal males experiencing gender dysphoria from early childhood to mostly natal females with a sudden onset of gender distress at puberty. She observed that most of these girls also had serious coexisting mental health issues, such as eating disorders, autism, ADHD, or a history of self-harm.

Littman named this phenomenon "rapid onset gender dysphoria" (ROGD) and suggested that peer influence and social media may be a factor driving this change. For this, she faced enormous backlash from trans activists, was driven out of her position at Brown University, and her paper was retracted only to be quietly republished at a later date with just minor corrections.

The evidence to support Littman’s hypothesis has only grown since her paper was published, with nations all over the world reporting huge surges in teenage girls being referred to gender clinics. Sweden noted the "uncertainty that follows from the yet unexplained increase in the number of care seekers, an increase particularly large among adolescents registered as females at birth" as reason to revert back to treating children and adolescents with psychotherapy rather than experimental puberty blockers and cross-sex hormones.

An independent review of England’s youth gender service also observed the same significant increase in teenage girls identifying as boys and expressed concern about the possibility that social media usage plays a role. As a result of the findings of the Cass Review, England’s controversial Tavistock gender clinic will close its doors later this year to be replaced by regional clinics that are expected to focus on psychotherapy rather than medical intervention.

Last year, Dr. Nicholas Christakis, the person who is arguably the world’s leading expert on social contagion, stated that he believes there is an element of social contagion to the current explosion of young people identifying as transgender.

Another leading figure in the field of gender medicine to acknowledge the social contagion factor is Dr. Erica Anderson, a trans-identified clinical psychologist who has treated hundreds of children and adolescents for gender dysphoria.

Last year, Anderson wrote about the power of trans influencers on TikTok and YouTube encouraging young people to identify as transgender.

"Some influencers are literally encouraging the idea that one’s psychological distress may be because a young person is trans and is suffering from gender dysphoria," wrote Anderson in the San Francisco Examiner. "The remedy, they say, is to come out as trans or non-binary, which the influencers advise will alleviate their suffering. Welcomed into the company of other trans and gender creative persons, such young people may have found acceptance — though virtual acceptance, since much of this rapport is online."

Anderson went on to describe several social contagions in recent years, such as eating disorders and multiple personality disorder, which Anderson states were “clearly borne in an environment of contagion.

"Why is this phenomenon distinctly different from previous ones?" asked Anderson. "How is it possible that gender identity formation constitutes the only area of development in adolescence that is immune from peer influence? "