"Maybe you created hundreds or thousands of new potential terrorists, from bombing the wrong people." 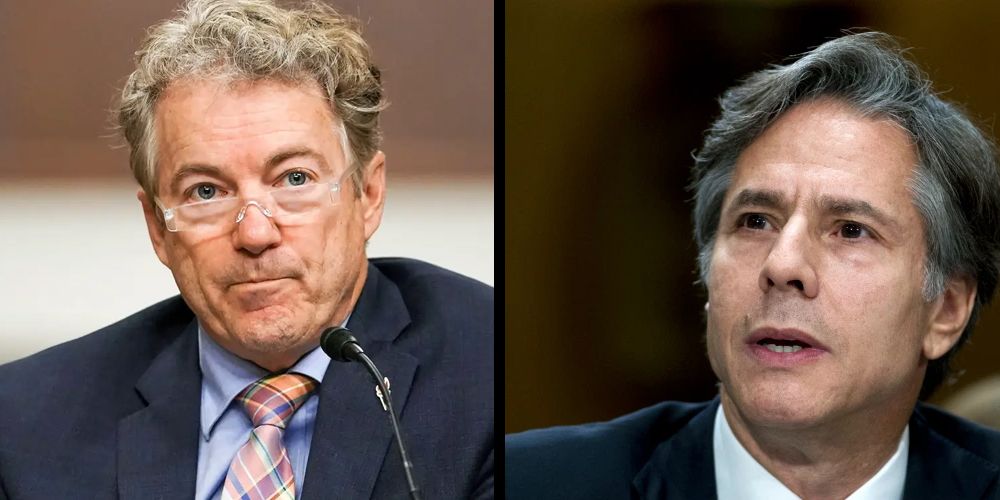 In Tuesday's hearing in front of the Senate, Secretary of State Antony Blinken was unable to confirm to Sen. Rand Paul of Kentucky as to the target of the Biden administration's drone strike late last month in Afghanistan.

The context for the exchange comes from a New York Times report at the end of last week. An investigation by the outlet established that, despite what government officials initially claimed, the Biden administration appears to have killed an Afghan aid worker and several of his family members under the pretense that they had explosives in their vehicle (which the NYT report says was water canisters).

Paul opens up by saying how he felt it's unnecessary to financially incentivize the Taliban if they behave. "The guy the Biden administration droned — was he an aid worker or an ISIS-K operative?" Paul asked Blinken.

"The administration is of course reviewing, that uh…. that strike. I’m sure that a (you know) full assessment will be fully —" Blinken starts to respond, before Paul jumps back in. "So you don't know if it was an aid worker or an ISIS-K operative?"

Paul rounds off his statements: "I mean I don't know if it's true but I see these pictures of these beautiful children that were killed in the attack. If that's true, and not propaganda, if that's true… guess what? Maybe you created hundreds or thousands of new potential terrorists, from bombing the wrong people."

It's the second day of such hearings.

Yesterday when facing questions from the House, Blinken couldn't comment on the phone call between Biden and former Afghan President Ghani, he was unaware of the exact numbers of 60,000 Afghans with SIV status, and said Americans were still trapped in the country of Afghanistan as of Monday afternoon.