In the latest instance of the sports-political sensation, tons of fans chanted "F*ck Joe Biden" in Oxford, Mississippi, at Saturday's face-off between the Ole Miss Rebels and the LSU Tigers. 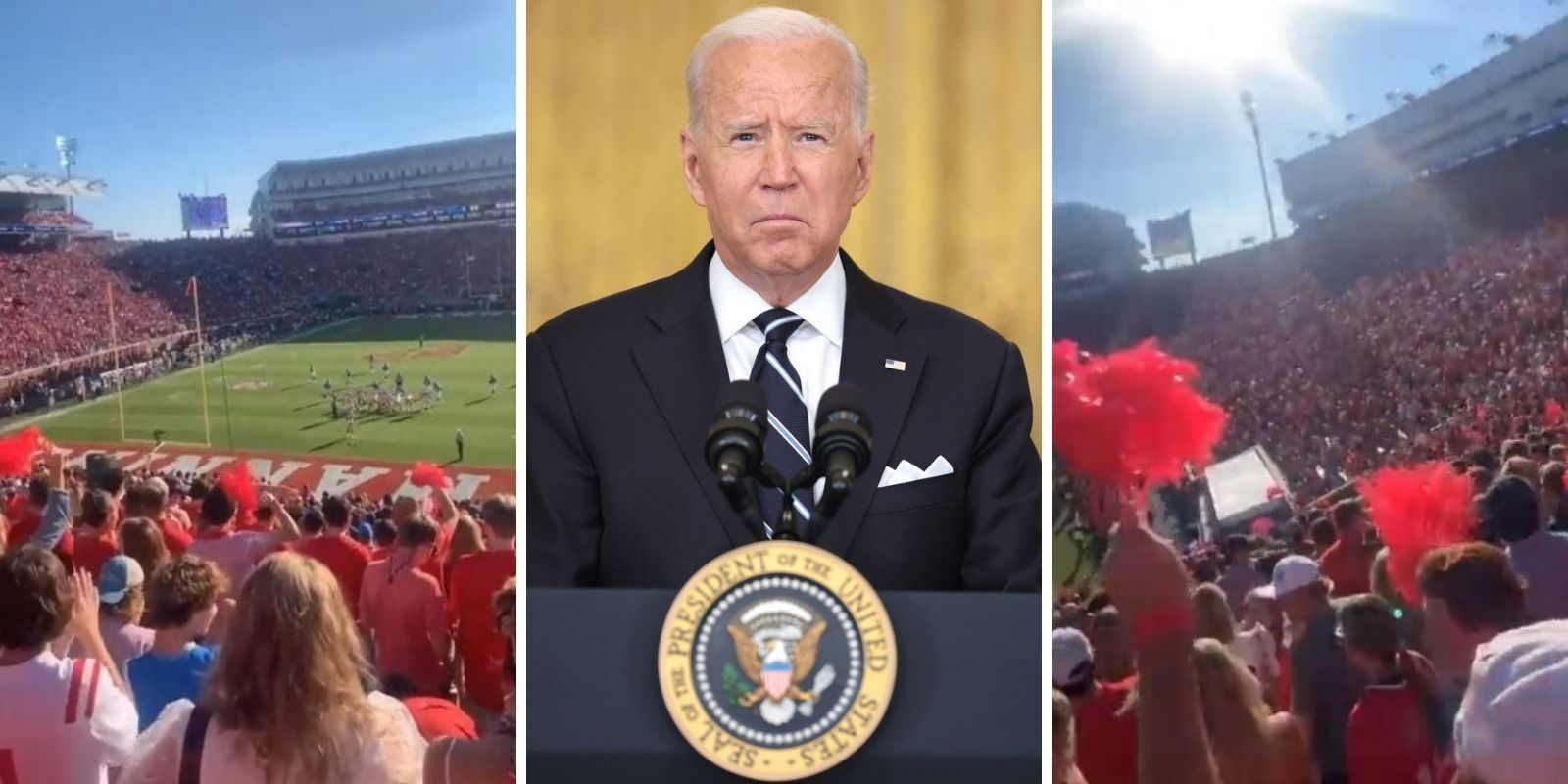 The expletive-filled "F*ck Joe Biden" trend has swept America as college studiums across the country continue to erupt in the anti-Biden chant along with its milder equivalent, "Let's Go Brandon!" In the latest instance of the sports-political sensation, tons of fans chanted "F*ck Joe Biden" in Oxford, Mississippi, at Saturday's face-off between the Ole Miss Rebels and the LSU Tigers.

Even though colleges have become institutions of woke indoctrination, the college football crowd has been belting out iterations of the anti-Biden chant far and wide.

A packed stadium at Texas A&M erupted into the FJB mantra:

Another occurrence took place in Alabama at Auburn University:

And again at Virginia Tech, students and community members joined in:

The thunderous chant continued during an offensive slugfest between the Ole Miss Rebels and Arkansas Razorbacks in mid-October:

Spectators of the Liberty college football game last Saturday against Middle Tennessee erupted with yet another impromptu "Let's Go Brandon" chant. Liberty classifies itself as a Christian educational institution, and as such, it's not surprising that the student fans opted for the toned-down version of the chant:

Critics of the president have been substituting in "Let's Go Brandon" after an NBC reporter tried to pretend that the cheer was what fans at a NASCAR event were saying, instead of "F*ck Joe Biden." Fans ran with the meme and now both versions of the chant are wildly popular at sporting events.

Sen. Ted Cruz (R-TX) even got into the act in Houston:

On more than one occasion, the joke has spread beyond the sports arenas, even finding itself referred to in the closing statement of a speech on the House floor:

"Let's Go Brandon" was even paged at O'Hare International Airport:

There has even been more than one song released on the theme, including a rap that got banned by YouTube due to "medical misinformation" and another rendition that skyrockted to #1 on the iTunes hip hop chart.