The hateful comments and the account who made them were reported to Twitter but Twitter replied that the comments were not in violation of their safety policies. 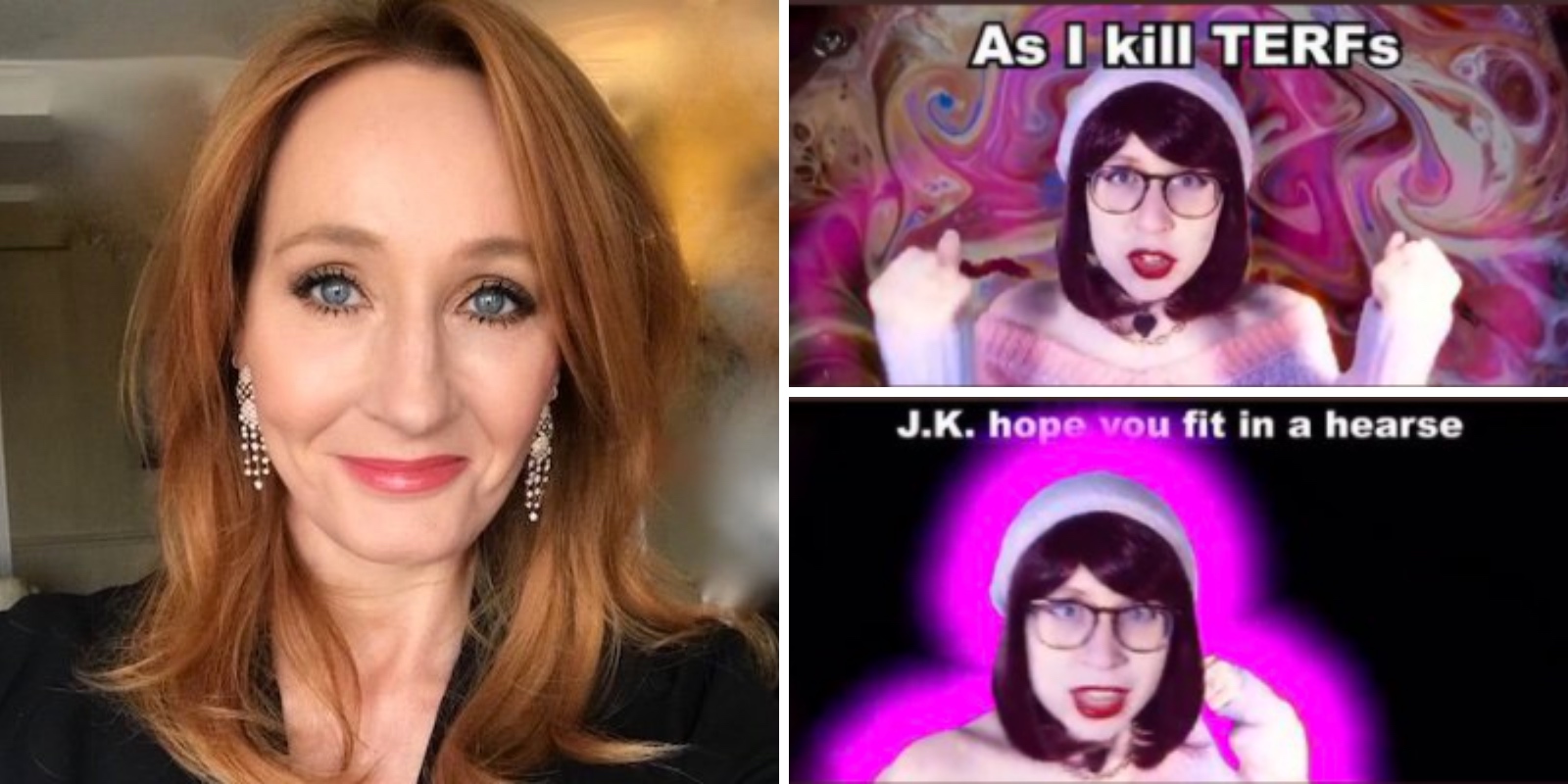 Taylor Lorenz goes on TV and cries about getting mean DMs on social media after she falsely accused others then claims she has PTSD. Rachel Levine has such powerful friends that even honestly stating Levine's biological sex is enough to catch someone a Twitter ban. But when author JK Rowling gets death threats on social media, Twitter doesn't see any reason to take action.

Rowling posted a few screenshots from a music video about which the singer hoped for her death. "I'm afraid I can't give a shout out to everyone promising to murder me," Rowling wrote, "there are so many of you, and I'm a busy woman - but this one deserves a mention for the nineties rave vibe, @TrustFundOzu."

The hateful comments and the account who made them were reported to Twitter by actor James Dreyfus and others, but Twitter said that the comments were not in violation of their safety policies. The tech giant responded to Dreyfus' report saying the threat hadn't "broken its safety policies."

Outspoken feminist activist Meghan Murphy was banned from Twitter for saying "yeah, him," in response to question about Jessica Yaniv, a biological male who took to suing aestheticians who refused to wax his genitals, saying that that they only serviced female clients. Yaniv took this up with the Human Rights Tribunal in British Columbia, complaining that women wouldn't wax "her testicles." Murphy's tweet were reported, and she was banned from the platform.

The video created and shared by Faye Fadem repeatedly threats Rowling with death. Twitter safety does not see this to be a problem.

Dr. Rachel Levine is a biological male who began presenting in accordance with gender stereotypes associated with women after a successful career and fathering children. Levine, who without having undertaken a gender transition would have been merely a middle-aged white male, was a Biden administration diversity hire in the Department of Health and Human Services, where Levine serves assistant DHS secretary. Biden and others in the White House have called Levine brave for dressing as a woman in public.

Tucker Carlson, Charlie Kirk, The Babylon Bee, Marjorie Taylor Greene, Jim Banks, and many, many others have been kicked off of Twitter for saying that Levine, a male in every biological sense, is a male. Levine is a doctor and likely knows what a male is.

After Lorenz made false allegations of wrong-speak against Silicon Valley entrepreneur Marc Andreessen, she was lambasted as an online bully. She claimed the criticism was instead harassment.

"For international women's day[,] please consider supporting women enduring online harassment," tweeted Lorenz. "It's not an exaggeration to say that the harassment and smear campaign I've had to endure over the past year has destroyed my life. No one should have to go through this."

Recently, Lorenz claimed "I have had to remove every single social tie. I have severe PTSD from this. I contemplated suicide. It got really bad." Then she started crying. "You feel like any little piece of information that gets out on you, will be used by the worst people on the internet to destroy your life, and it's so isolating…" Lorenz said.

Lorenz only problem is that she can't report or block more people and their comments at once.

Rowling has stated that women are women and men are men. She has unequivocally taken a stand for biological facts in saying that males cannot transform into females, and that neither is the reverse possible. For making a statement of fact, Rowling has been bullied, doxxed, harassed, and threatened with death.

MSNBC invited Lorenz to come weep on TV after her false accusations earned her a righteous critique. Twitter upholds the fiction of Levine's femaleness and bans anyone who dares speak the truth.

But death threats against a world renown author just because she isn't afraid to stand up for women's rights? That's totally okay by Twitter's standards. For Twitter, it's the journalists who make false claims and the biological males who claim they are women who need to protected from mean tweets. Death threats don't violate any of Twitter's safety policies at all.