"I DO hope he dies," Perkins said, adding that the black Supreme Court justice "can choke." 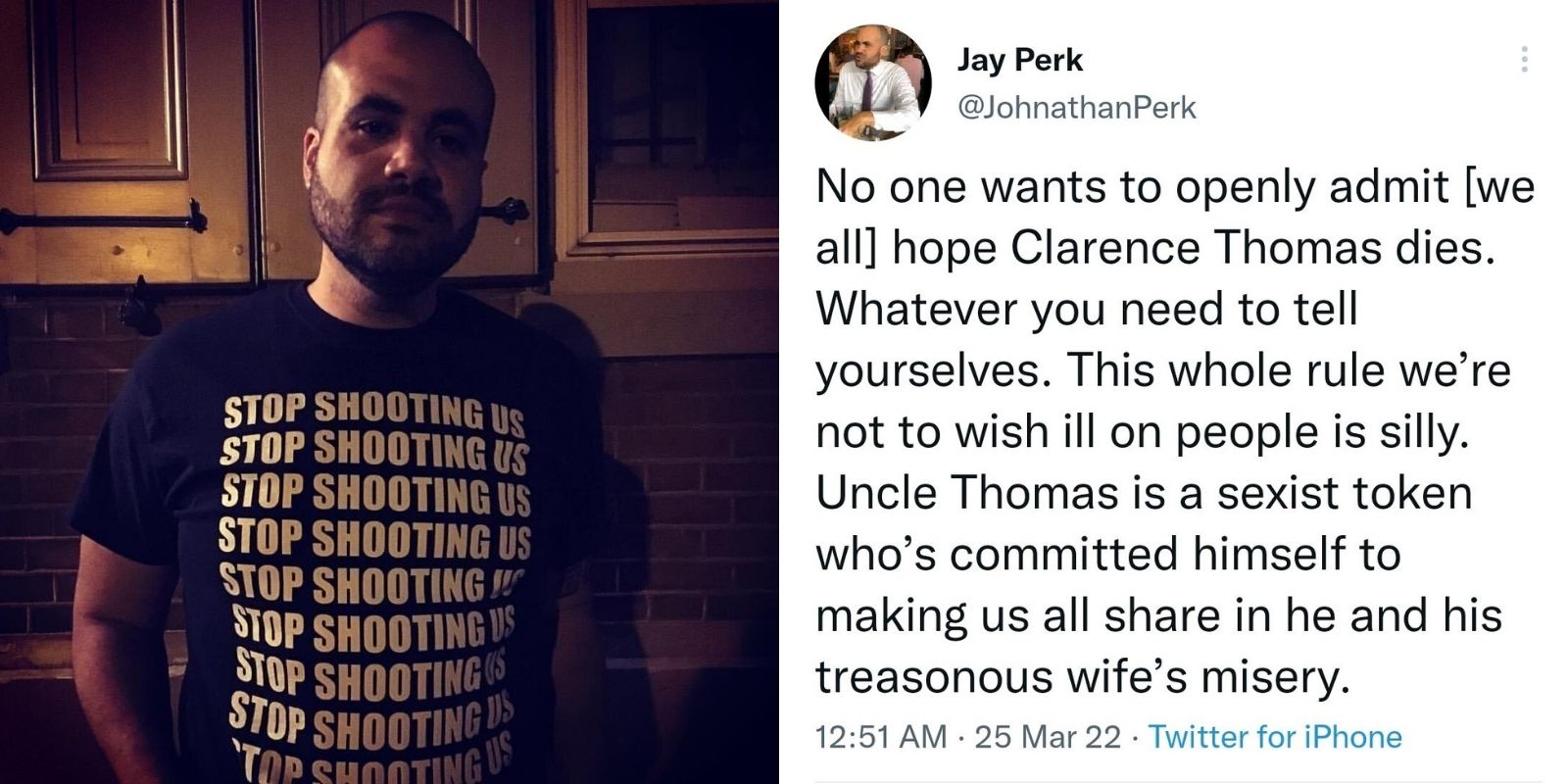 A race and equity officer at the University of California, Los Angeles, who wished death upon Supreme Court Justice Clarence Thomas, was the subject of a racial-profiling hate hoax on a prominent law school campus more than a decade ago.

In response to last week's news that Thomas was hospitalized for an infection, UCLA's race and equity director Johnathan Perkins was part of the liberal mob hoping that the ill black conservative-leaning SCOTUS judge, age 73, died.

"No one wants to openly admit [we all] hope Clarence Thomas dies," Perkins tweeted Thursday in a Twitter thread. "Whatever you need to tell yourselves. This whole rule we're not to wish ill on people is silly," Perkins continued.

Perkins called him "Uncle Thomas," a derogatory insult used by progressives to smear counterculture blacks as race traitors, based on Harriet Beecher Stowe's Uncle Tom's Cabin, and "a sexist token who's committed himself to making us all share in he [sic] and his treasonous wife's misery."

"I'm over it. He is bad. He's LITERALLY endangered lives of countless of this country's vulnerable populations," Perkins wrote, adding: "He can go."

Perkins further indicated he did not believe Thomas, who was experiencing "flu-like symptoms," was truly sick. Then he doubled down on his death wish.

"Thomas can choke as far as I'm concerned. He hurts the people I love," Perkins wrote."> "Yes. Clarence Thomas can die and I won't be sad," Perkins reaffirmed.