Cox said he was surprised that the senate had passed the bill banning biological males, defined by "an individual's genetics and anatomy at birth," from competing on girls' and women's sports teams. 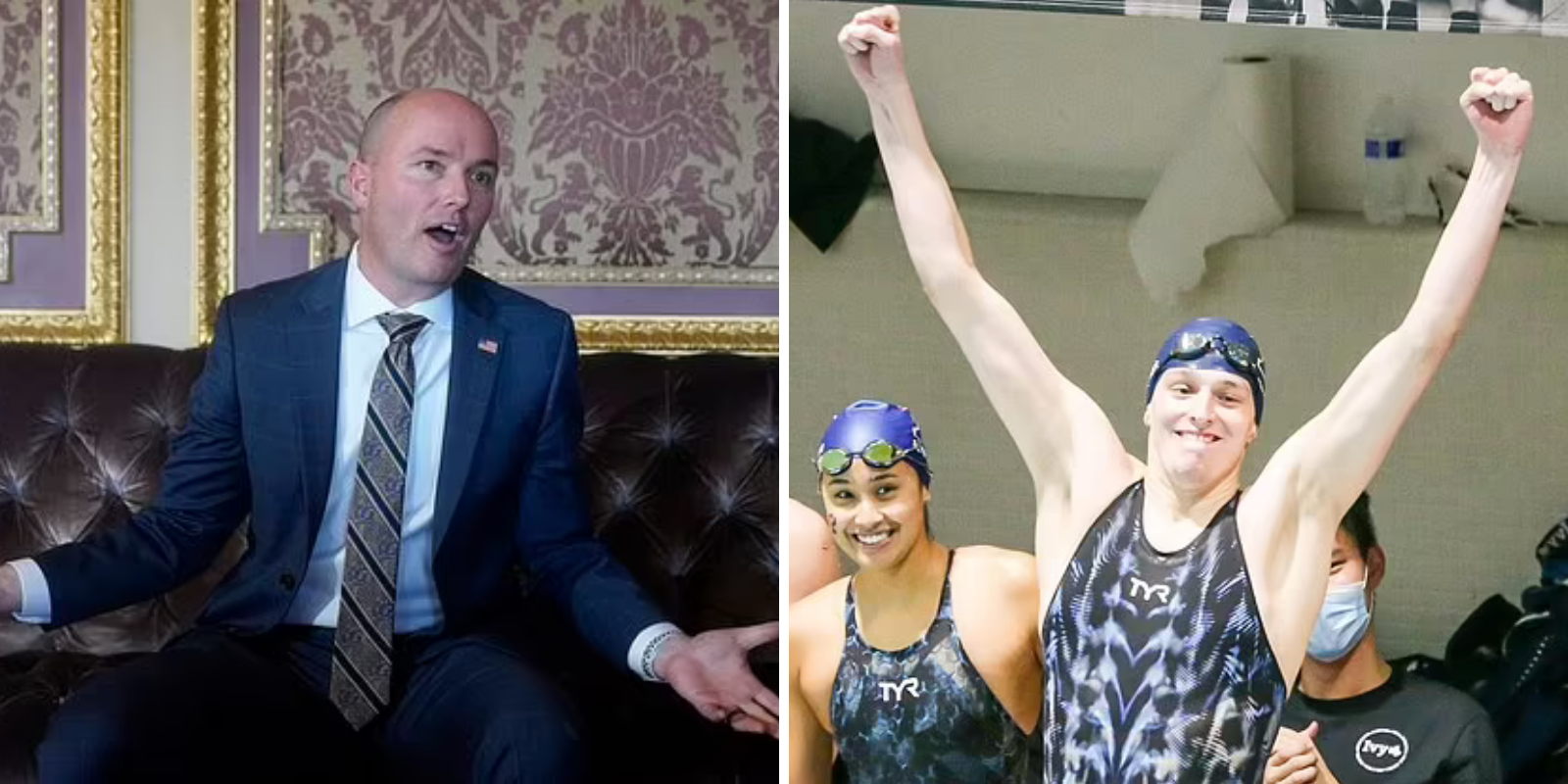 Utah's Republican Governor Spencer Cox has stated that he intends to veto a bill passed by the state Senate on Friday that would ban biological males from competing in girls' and women's sports. GOP governors across the country have embraced bills that would protect women's sports, but for Cox, acquiescing to the wishes of trans activists is more important than fair competition for Utah's female student-athletes.

In his promise to veto the bill that passed with a majority of the people's representatives in that state, Cox spoke to those who identify as transgender and wish to compete on the athletic teams of the opposite sex. Cox said he was surprised that the senate had passed the bill, which bans biological males, defined by "an individual's genetics and anatomy at birth," from competing on girls' and women's sports teams.

"I just want them to know that it's gonna be okay. We're gonna work through this," he said. Cox had been trying for months, the Daily Mail reports, to work out a deal between trans activists and those who are in favor of fairness in women's sports.

Despite his intentions to veto the bill, Cox said on Twitter that "We care deeply about Utah's female athletes and our LGBTQ+ community."

"To those hurting tonight: it's going to be OK. We're going to help you get through this. Please reach out if you need help," he said, before providing a link to Utah's mental health site.

One of the Utah state senators in favor of the bill, Curt Bramble, said plainly "Boys can run faster, they can jump higher, and they can throw farther than girls in the same age bracket."

"To have individuals that are born male compete against naturally born females, it's an unfair playing field," Bramble said.

Cox had been hoping to create a new commission, called the "School Activity Eligibility Commission," to bring together experts to make recommendations on a case-by-case basis. But Utah's lawmakers were content to dispense with the experts and instead protect women's sports.

The concern among those would are fighting to save women's and girls' sports from participation by biological males who identify as transgender is that in addition to it not being fair for girls and women to have to compete against male-bodied persons, the admission of these biological males onto the girls' playing field could have a chilling effect on girls' sports across the board.

If a female student-athlete is aware that any biological male who identifies as transgender can transition from male to female and then dash across the women's finish line with ease, earning accolades as well as scholarships, she may realize that there's no point in participating at all

Iowa's Kim Reynolds, Texas' Greg Abbott, and Florida's Ron DeSantis have all signed legislation ensuring that female student-athletes in those states are able to compete without interference by biological males and their natural advantages.

Thomas has also gained much more attention that the female swimmers on the women's team, garnering an exclusive Sports Illustrated interview last week during which Thomas stated intentions to swim for US women's swimming in the Olympic games. "I'm a woman," Thomas said. Thomas has been taking cross-sex hormones for over 30 months.

Thomas' teammates as well as those teammates' parents have been primarily unwilling to speak unless given anonymity when they express their concerns that Thomas has shown her penis in the locker room, makes the women on the team feel uncomfortable, and is essentially a carpet-bagger toward womanhood who belongs in the men's pool or not at all. One swimmer said that on the team "women are now third-class citizens."

This isn't the first time that Cox has taken a foray into the treacherous waters of critical theory and come out on the opposite side from most of his GOP colleagues. Last year, as debates over equity began to heat up after the Biden administration made it the cornerstone of their attempts at governance, Cox said that the Utah Jazz's plan to prioritize scholarships by race was not at all racist.

"Well I don't think it's racist," Cox said at the time. "I think it's in response to unfortunately some very racist injustices that have happened for a long time. And I'll tell you what I'm gonna do for the Utah Jazz: absolutely nothing.

"Because y'know what? I believe in the Constitution and I believe in the freedom of, of businesses to make decisions, and decisions that are right for them. Your kid or my kid, they, they have no right to the Utah Jazz's money, and the Utah Jazz and Ryan Smith can do the things that they want to do with their, with their funds and their revenues."