"Go in there! Go in there!" Women shouted at officers as the officers stood there and did not go into the school to intervene and prevent the carnage. 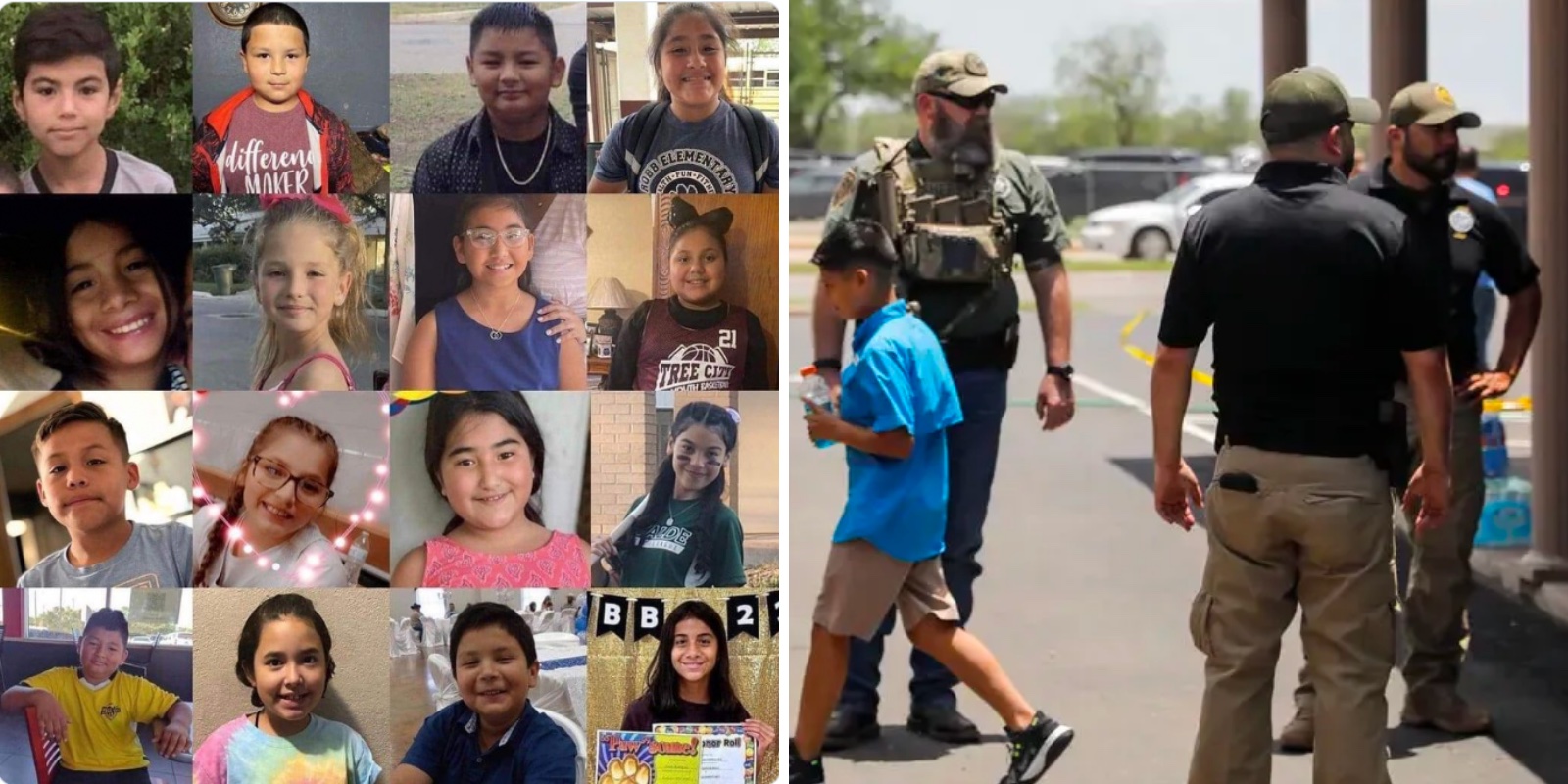 Parents and witnesses watched police in Uvalde stand by outside on Tuesday as children inside the school were being massacred by a local teen. That teen had purchased the weapons used in the massacre shortly after his 18th birthday. He was known to police as they had been called to his home, where he lived with his drug-addicted mother, over domestic issues.

"Go in there! Go in there!" Women shouted at officers as the officers stood there and did not go into the school to intervene and prevent the carnage, according to the AP. The gunman was barricaded in a classroom for 40 minutes, where he murdered 19 children and 2 teachers.

A father who lost a daughter in the massacre raised the ida of charging in themselves, without weapons, while the police stood idly by.

"Let's just rush in because the cops aren't doing anything like they are supposed to," Javier Cazares said. "More could have been done." His daughter Jacklyn Cazares was killed inside. When he heard about the shooting, he raced to the school only to find officers standing outside.

"They were unprepared," Cazares said.

The shooter ran into the school and it is reported that at that time he "encountered" a school district security officer. Two Uvalde police officers went after him and he opened fire, leaving the officers wounded.

The shooter then went into the classroom and began firing. He was in that classroom murdering children for 40 minutes to an hour.

It wasn't until 40 minutes to an hour after the shooting began that a tactical team shot and killed him on the scene.

Defending the actions of his law enforcement, Department of Public Safety Director Steve McCraw said that they were able to "contain (Ramos) in the classroom."

"The bottom line is law enforcement was there," McCraw said. "They did engage immediately. They did contain (Ramos) in the classroom."

Border Patrol agents eventually accessed the classroom after getting a staff member to open the door with a key. That official spoke anonymously to the Associated Press.

A young man who was at the scene, Juan Caranza, 24, saw the shooter crash his vehicle and run into the school with an AR-15.

"There were more of them," he said of law enforcement, "There was just one of him." He believes that the officers should have gone in sooner.