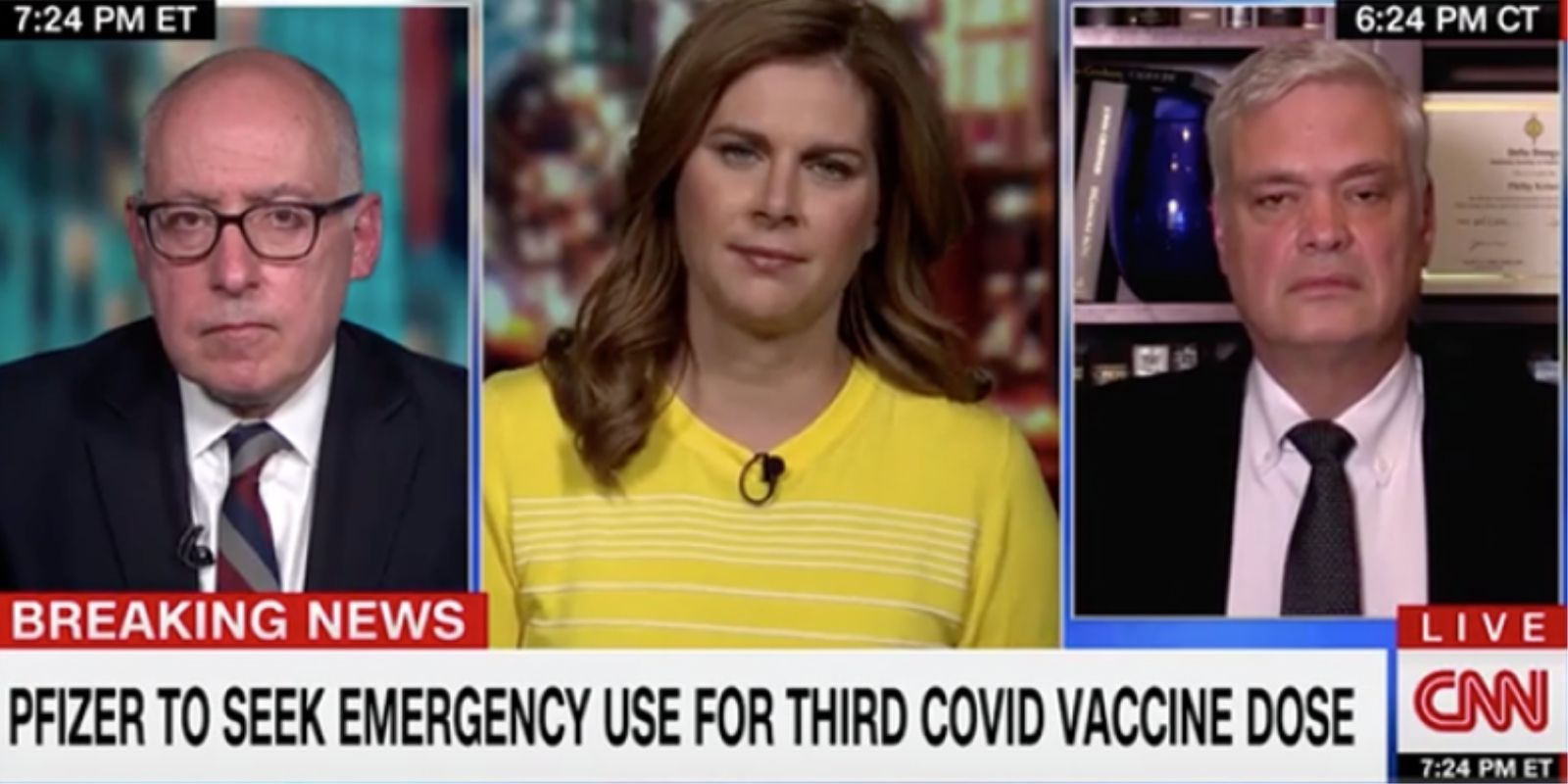 CNN medical analyst Dr. Jonathan Reiner said on the left-wing network Thursday that he believes private companies should start requiring employees to take the coronavirus vaccine. "I do think it's time to start mandating vaccines," he said.

"I do think it's time to start mandating vaccines," Reiner told "Outfront" host Erin Burnett after she asked if government officials should stop begging Americans to get vaccinated against the coronavirus. Burnett cited one-third of the eligible population in the United States still hasn't gotten a single dose of the vaccine.

A clip of President Joe Biden showed the commander-in-chief begging, "Please get vaccinated now." Burnett asked Reiner, "Given where things are going, is it time to move on from saying please to mandating?" Reiner said of the company mandates: "And I think that private industry and private organizations will do that."

He noted that George Washington University, where he teaches, won't allow students or staff on campus in the fall without being fully vaccinated.

"65 million adults have chosen to not get vaccinated and that choice has consequences," the television doctor added on-air.

"Now, we can't force you to take a jab in the arm but there are many jobs perhaps that can prevent you from working if you decide not to get vaccinated," Reiner stated. He said he thought the "industry" sector would "take the lead" on the issue.

In May, the White House detailed its intentions to have 70 percent of American adults vaccinated with at least one dose by July 4. Last weekend, the country fell short of the Biden administration's sought-after Independence Day deadline.

"It's a year of hard-fought … progress. We can't get complacent now. The best thing you can do to protect yourself and your family and the people you care about the most is get vaccinated," Biden said in remarks at the White House after failing to meet the administration's self-imposed vaccination deadline.